Upload a photo of a vintage tee and a description of its condition and let the community appraise it.
Forum rules
We've authored a very detailed appraisal guide you can view here: http://www.defunkd.com/blog/2014/04/28/ ... e-t-shirt/
Post Reply
1 post • Page 1 of 1

Hey guys, just thought I'd toss this out there in case it rang any bells for anyone.. found it yesterday, not sure about the band. In my research, I've turned up a bunch of bands that have called themselves "The Crunch" over the years, but nothing that really matches up.

I also found info on a UK band called "The RAH Band" who had a hit single and album in the UK called "The Crunch". The only connection to this tee is that the album cover for "The Crunch" seems to use the same orange font.. kind of a stretch that it could be the same group (mainly because The RAH Band seems to have been a one-man studio project), but I'm posting the album cover here too just to get some opinions.

It's a Jerzees late 80's era tee (I believe), rayon tri-blend (which will probably help it along at auction). Any thoughts?

and the album cover with the similar (although extremely common) font: 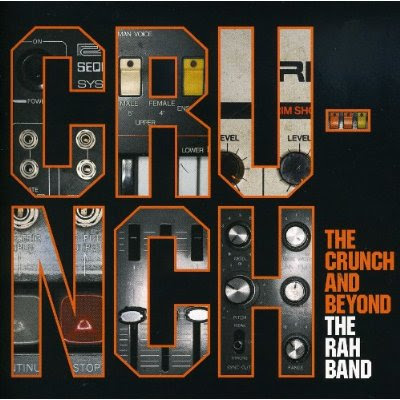