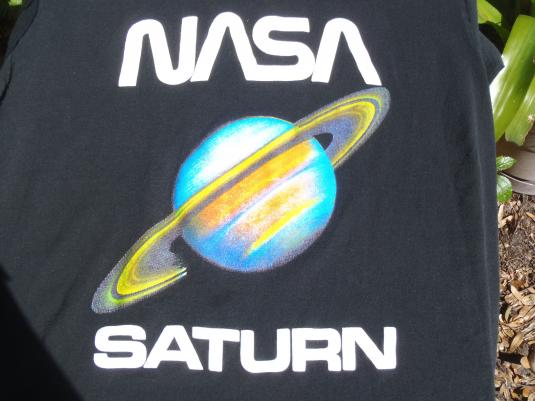 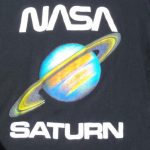 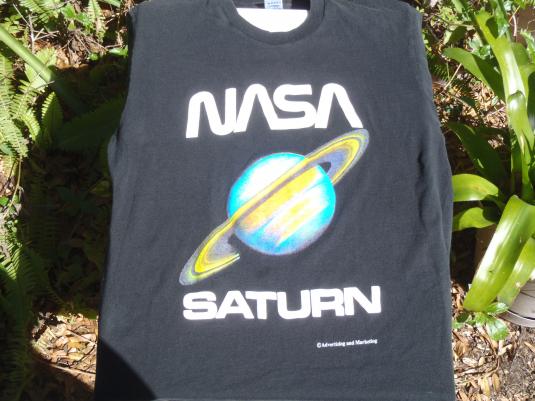 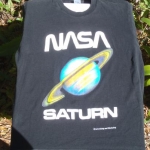 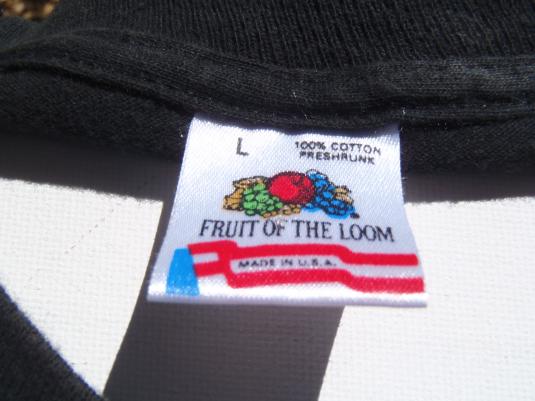 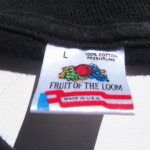 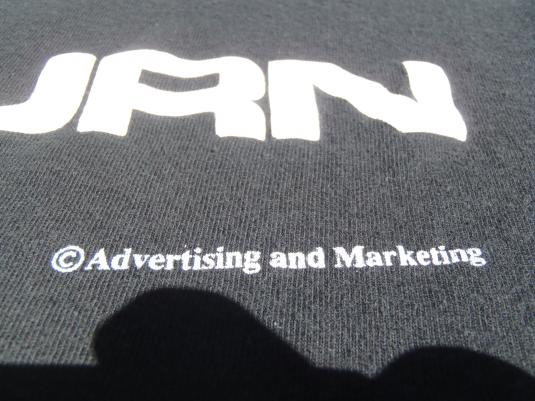 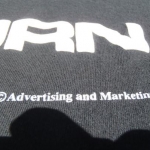 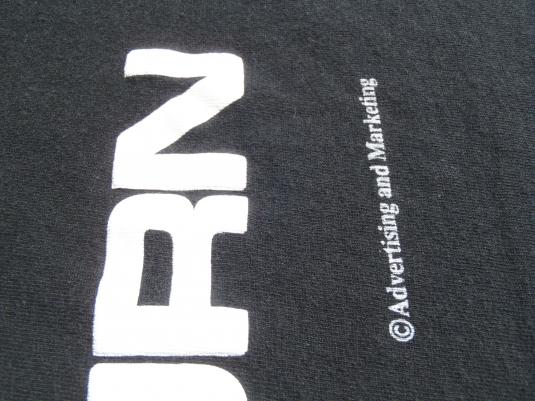 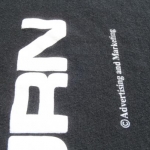 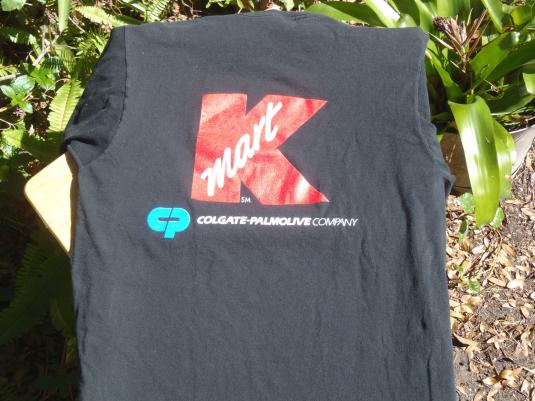 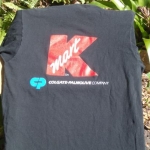 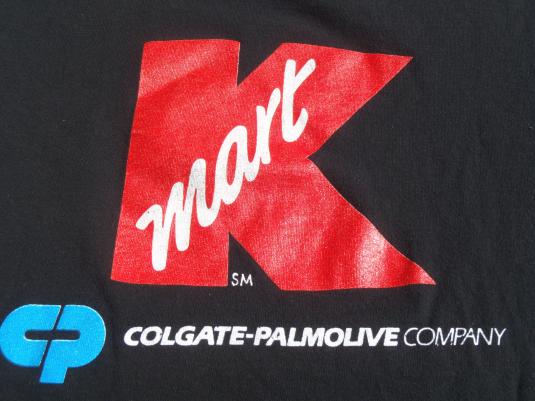 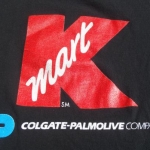 Here’s a weird conglomeration of logos for you.The NASA “worm” logo was used until 1992 and the K Mart logo used from 1990.So this T shirt must have been produced between 1990 and 1992, a good 5-7 years before the Cassini probe was launched.Maybe it was a tie-in for the Saturn car manufacturer?

Either way, this shirt is in great shape with minor fading on the black, a very intact screen and no snags or tears!

Free shipping to customers in the lower 48 states!