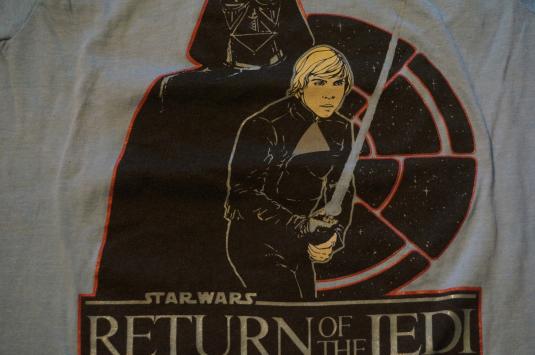 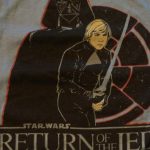 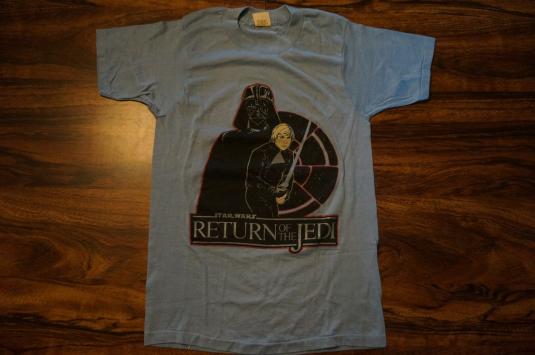 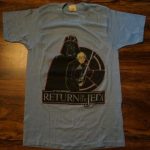 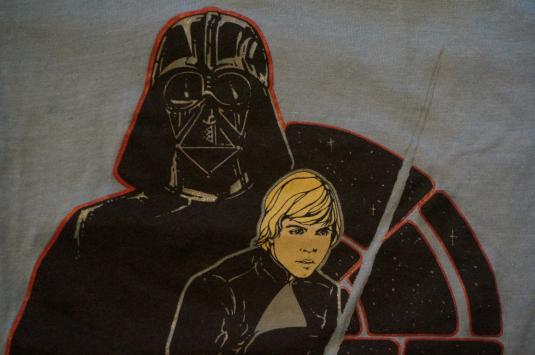 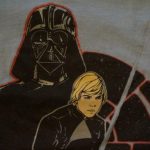 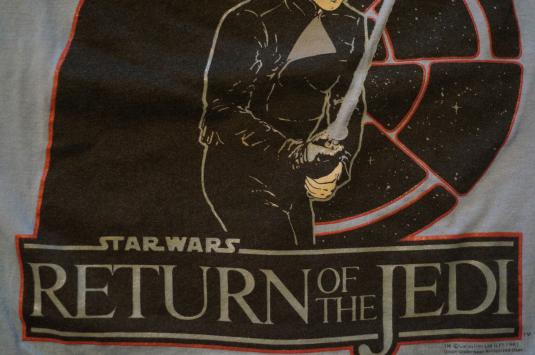 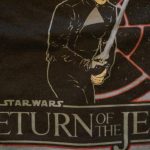 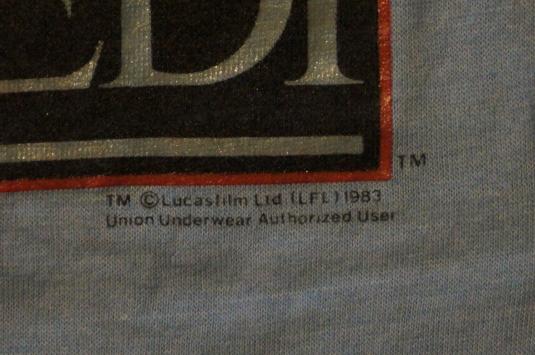 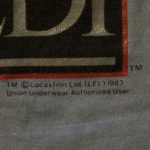 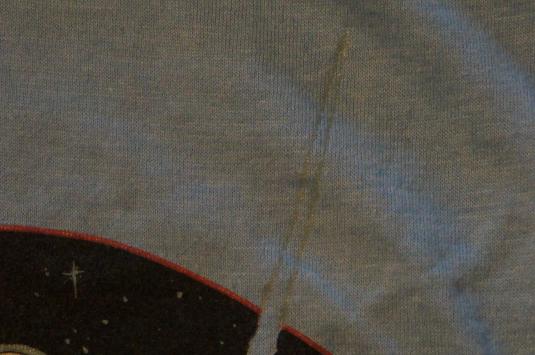 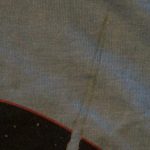 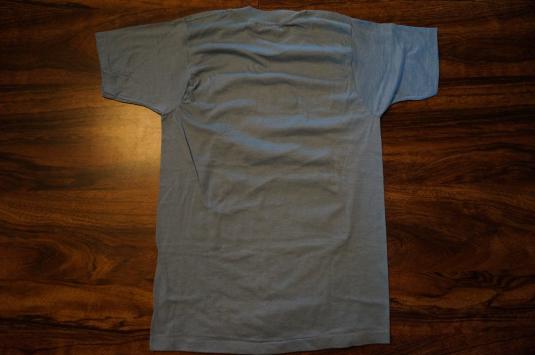 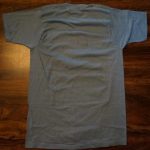 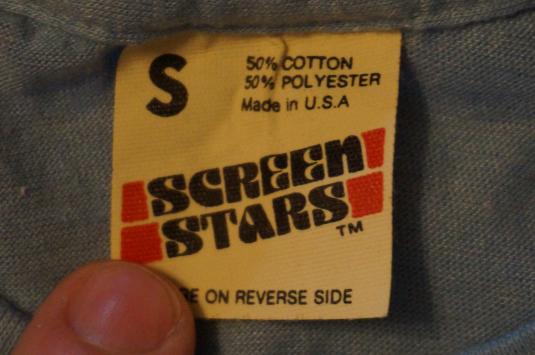 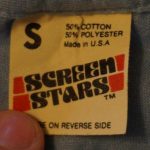 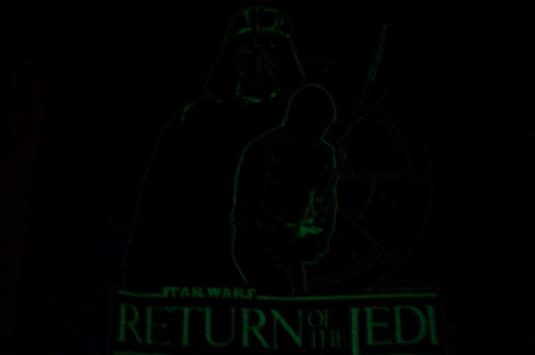 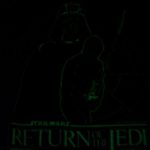 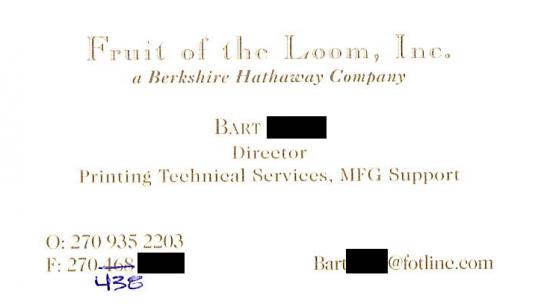 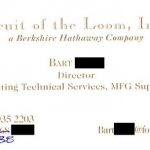 Behold, one of the rarest Star Wars t-shirts in the universe. While to the naked eye the print may be a common one – this particular one is a relic. Acquired from a gentleman who worked at FOTL while they were commissioned to print ROTJ tees.

This is a prototype – that has GLOW IN THE DARK ink. Only a few of these were ever printed as samples – and were never manufactured beyond that – due to safety concerns of children “charging” the glow ink.

This is likely the only one in deadstock, mint condition. Beyond rare. Another version has never surfaced.

And the glow effect is still fully operational.