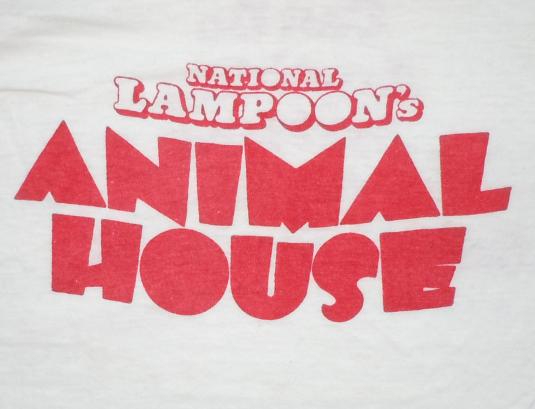 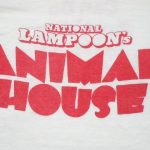 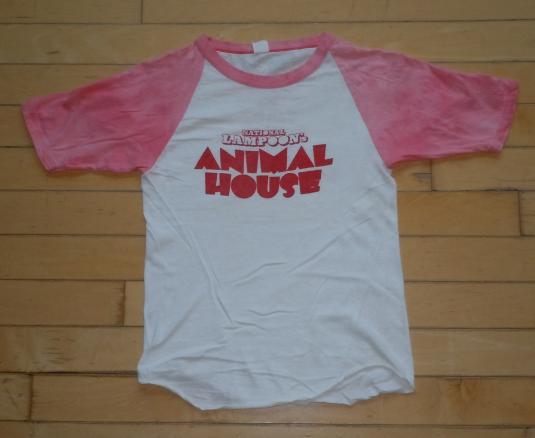 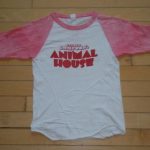 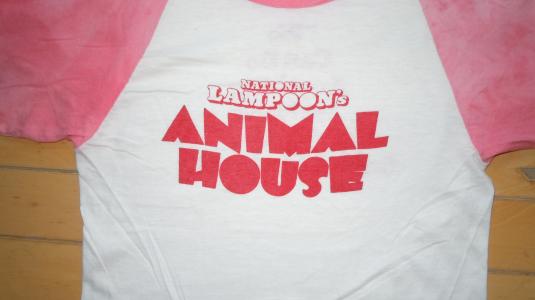 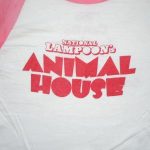 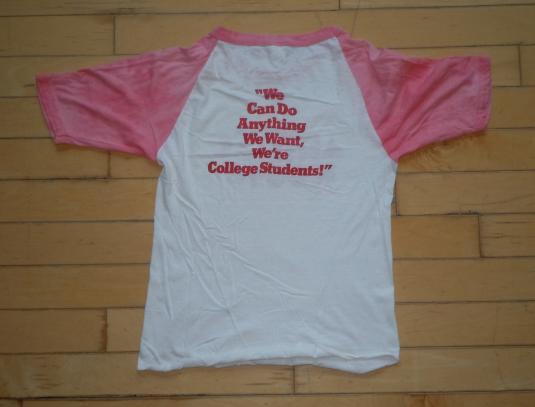 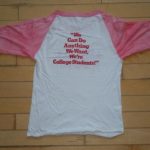 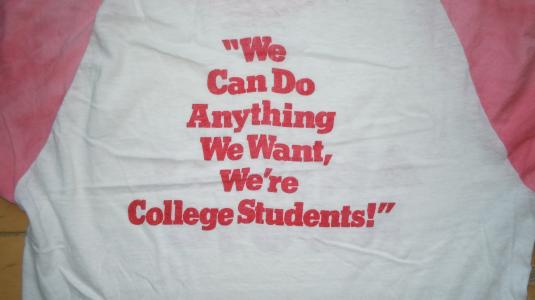 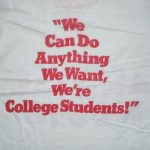 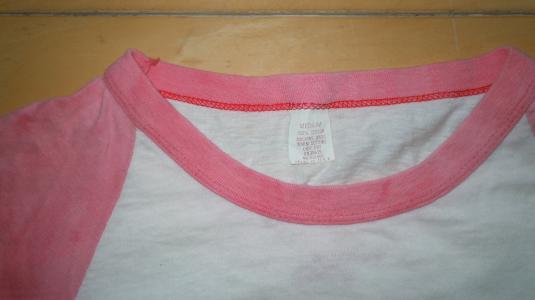 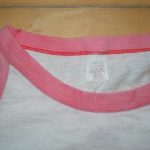 National Lampoon’s Animal House is a 1978 American comedy film directed by John Landis. The film was a direct spinoff from National Lampoon magazine. It is about a misfit group of fraternity members who challenge the dean of Faber College.

One of 2 types of 2sided movie promo shirts released to promote the film. Rare. Released to movie studios and executives only.