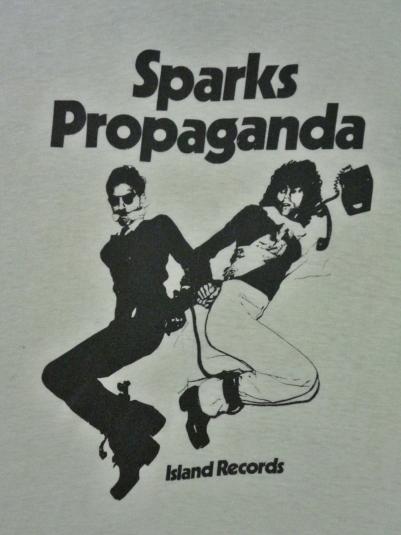 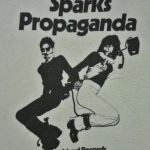 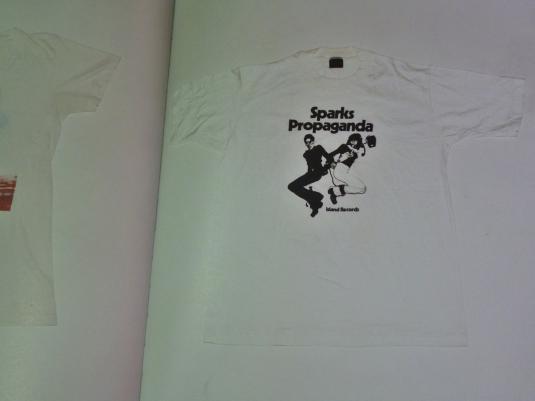 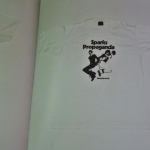 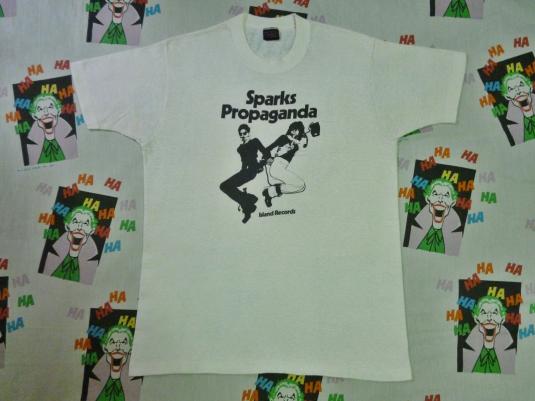 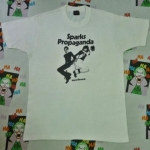 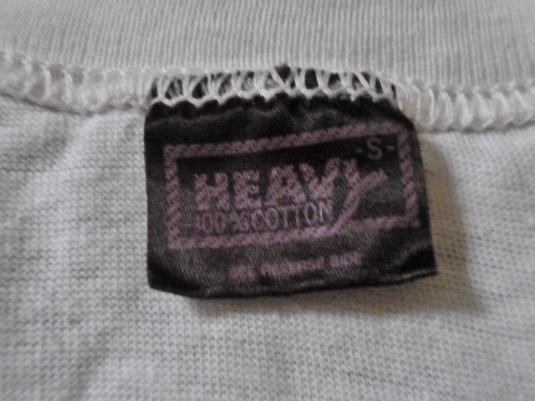 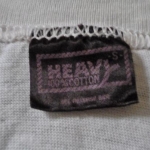 According to the previous owner this shirt was given to him by an Island Records representative..This promotion only T-shirt was never sold in stores. Given out in early 70s..Sparks were the brothers Mael. Ron and Russell, who, were from the U.S. but never made it here. Signed to Island the band moved to England where it had a parade of hits, including three in the top ten. The shirt is 100% cotton and listed as Small, though it appears larger. A genuine cult act in the United States they return to England from time to time to tour….

Checkout this SPARKS T-Shirt photo in The Vintage Rock T-Shirts Book By Johan Kugelberg & it was definitely rare gems!!!!!!!