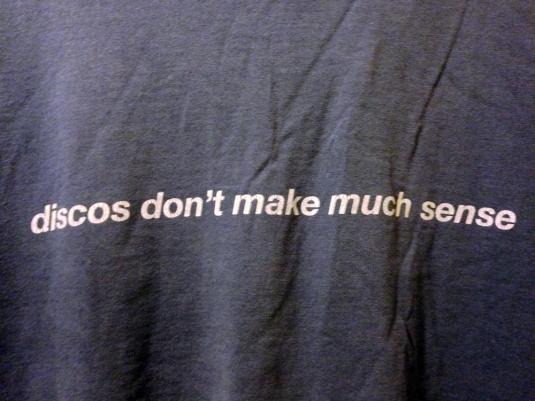 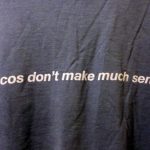 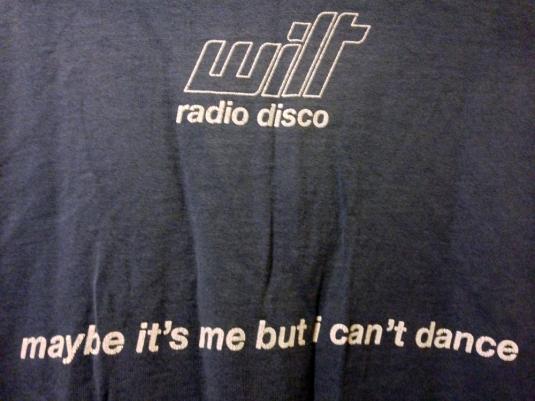 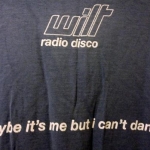 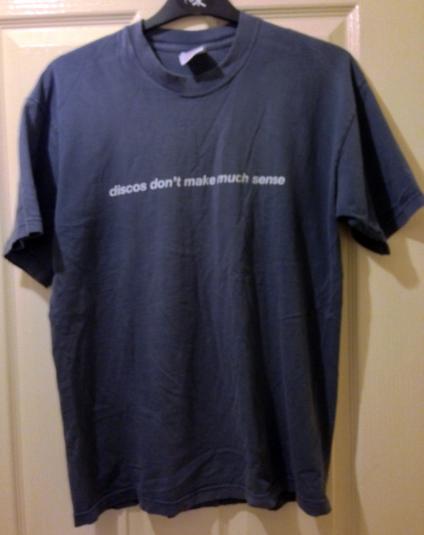 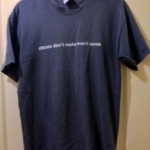 This is my T-shirt featuring lyrics from Radio Disco, by Irish band Wilt, which formed from the ashes of Kerbdog in the late 90s.

I bought this T-shirt at a show in Birmingham, England, in late 1998 or early 1999, soon after the release of the ‘It’s All Over Now’ single, I can’t remember the exact date.

The cult status of the band (Kerbdog in particular are hugely sought after) and the amusing slogans make this one of my favourite T-shirts.