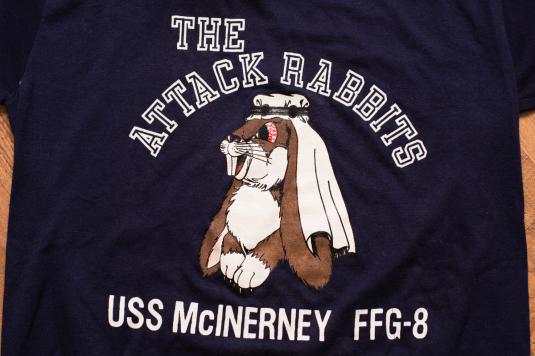 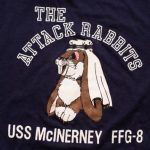 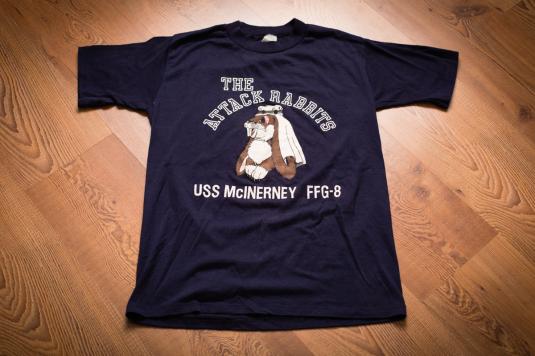 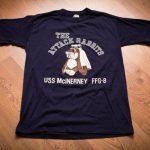 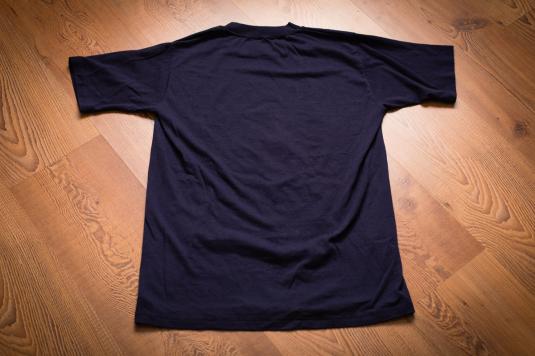 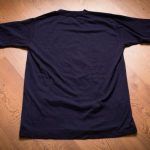 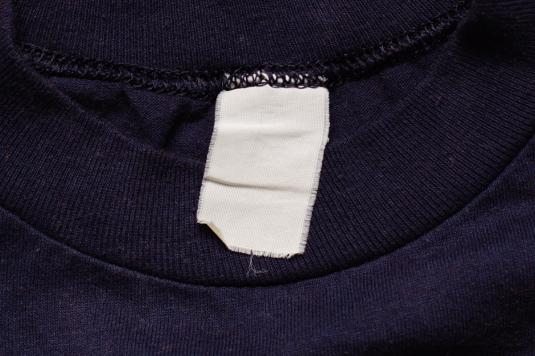 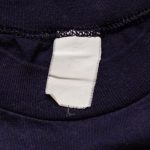 Vintage 1980s to early 1990s USS McInerney FFG-8 t-shirt with “The Attack Rabbits” and an evil rabbit wearing an Arab keffiyeh; made in USA. The USS McInerney FFG-8 was deployed to the Middle East from October 1984 to March 1985, and was also deployed to the Middle East in 1991. The shirt is in very good vintage used condition with some light staining.

[ LINK IN BIO ] Can we identify a dry-rotted t-sh

[ LINK IN BIO ] The provenance is strong with thi