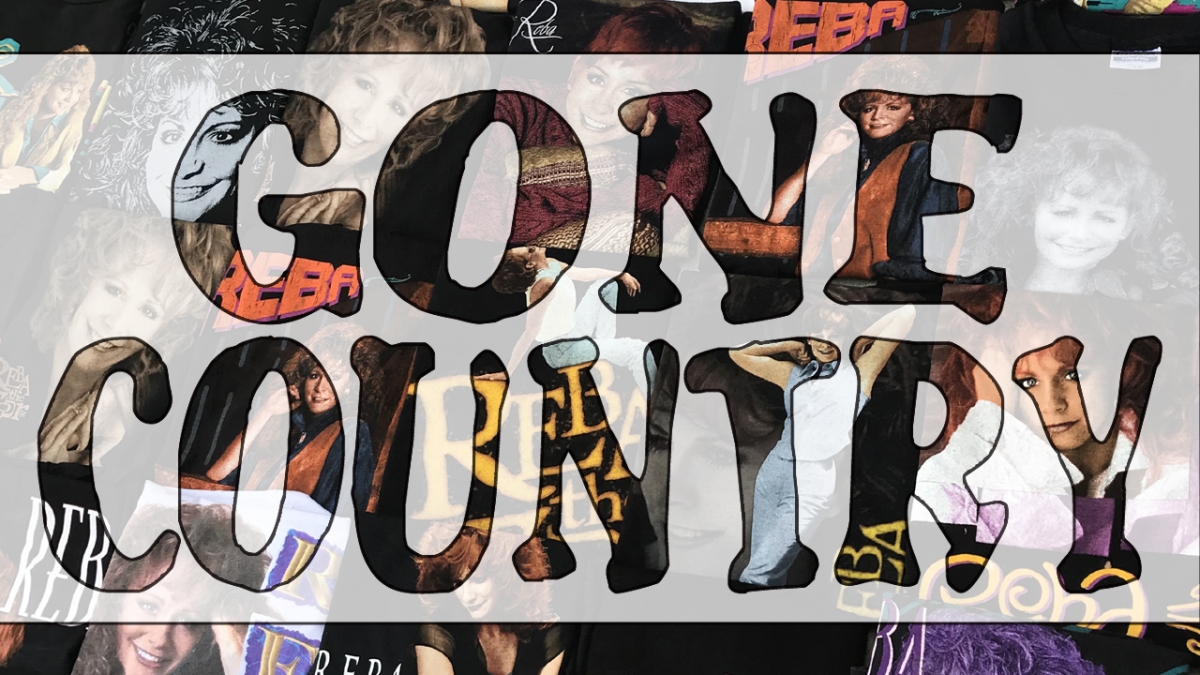 The lightning didn’t cause the storm. Sure, if you were only looking directly in front of you, the flash might have been the first sign of the storm that you recognized, but it had actually been slowly brewing in the distance for a while. The same goes for vintage tees. We see a flash like a celebrity wearing a vintage shirt and it’s easy to assume that caused the hype storm, but isn’t that just a little short-sighted?

Ah, the underdog of the vintage band tee family. Ignored, neglected, and butt of stereotypical jokes. Vintage Country t-shirts have been shit on so much it seemed they couldn’t dig themselves out of the giant pile of feces enough to see a glimpse of light from what would normally be the shine of the 20-year cycle. Nearly 30 years had passed and most early 90s Country Tees demanded about as much as a 12-pack of Busch Light. But recently it’s been looking like that slow-building Country cloud in the distance might actually do something. After all, it would make sense if you’re looking for signs in the foresight as opposed to only seeing them in hindsight.

Take a minute to step outside of your own views of Country Music if you’re not a fan. Think about 90s Country Tees from a design standpoint. To me, they kinda look like RapTees‘ long-lost cousin. Huge colorful graphics with the artist as the central design. Visually, they should be a home run.

Geographically, Country Music had been seen as predominately confined to the Southern part of the US, but look how much that has changed. The highest-grossing Country Music festival in the world is held in Southern California at the Coachella grounds. The appeal is global now.

Musically, Country has grown too. Elements of rock and rap have been absorbed into the genre. The guitars are heavier, the beats are beefier, the production is more Pop influenced. All of this has contributed to the growth of the genre, and with that, a resurgence of interest in its roots. Hell, Post Malone is set to cut a record with Dwight Yoakam’s backing band.

Outliers have already started paving the way as Dolly, Kenny, Cash, Willie, and Waylon tees were a couple of the first to bring in bigger bucks. It’s important to look at who’s following them: Reba, Shania, Garth, and a few others are finally starting to get a little attention too.

Now I’m not saying the Country storm will be as big as the Rap or Grunge storm. I don’t think it will. What I am saying is that the demand is growing. The nostalgia of Boot Scootin’ Boogying with your Friends In Low Places. The massive supply of vintage country tees will keep them from hitting bank-breaking prices unless the demand shoots past the supply. How far demand passes supply will determine the price. While there’s still some distance between the two, we’re finally seeing some demand after years of virtually none.

I’ll be honest, I had never really heard county music until mid-life when I moved from SoCal to Tennessee. And when this teenage punk did hear it, I fucking hated it (how angsty of me). Fast forward to the early 2000s and I found myself working for one of the largest Karaoke music manufacturers and venues in the US. 90% of what I had to hear was country and dammit, it started to grow on me. Shit man, this stuff is actually kinda fun. So on that twangy note, I’m looking forward to seeing how this develops. I like it, I love it, I want some more of it.