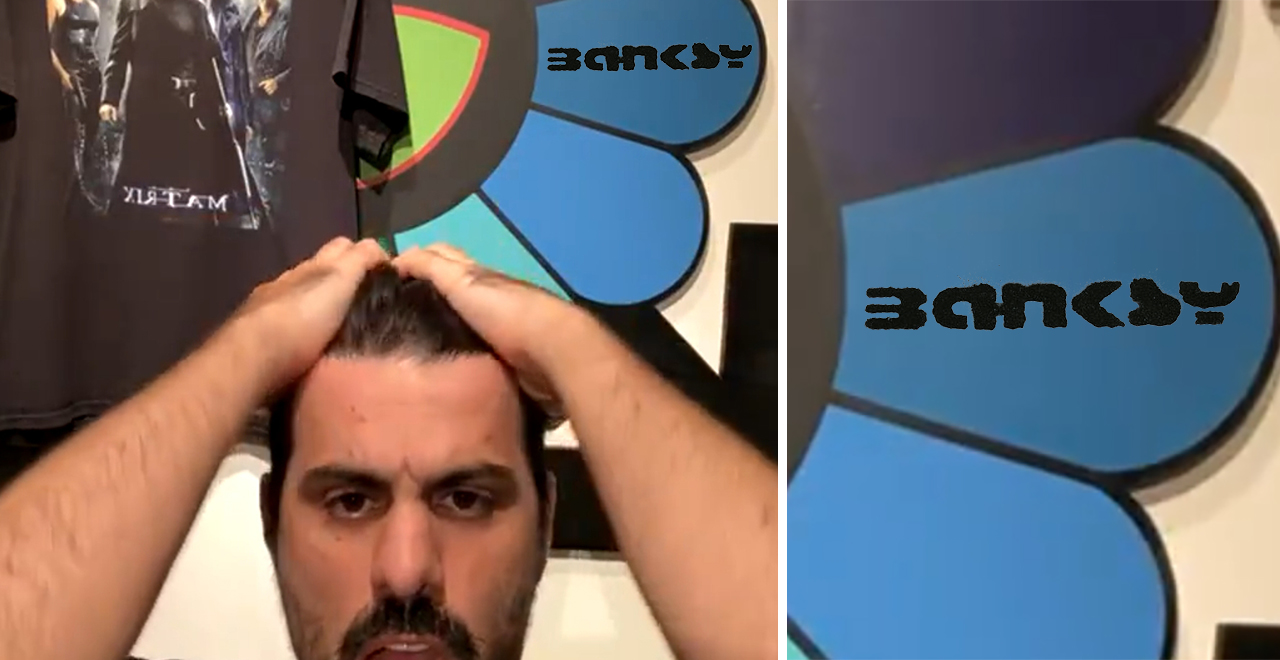 FLORIDA – The vintage t-shirt community is up in arms this week after a popular t-shirt vendor discovered a Banksy tag on his beloved backdrop while hosting a live-auction.

“I just finished auctioning a Matrix tee that only sold for $6,099.99 when I noticed some graffiti on my baby,” explained The Vintage Wiz, whose real name is Kirk Wizardy.  “I don’t even know how he did it, it just suddenly appeared there. I was gutted. Do you know how long it took me to do all the measurements to make sure the backdrop fit perfectly in the camera frame? I had to use a level and even a protractor!”

Wizardy quickly calmed down when he realized the backdrop itself could now be sold for a large sum of money. Banksy, the infamous and anonymous street artist, often produces pieces that sell for millions. His tag alone can fetch a small fortune. With that in mind “The Vintage Wiz” set out to sell his beloved background, but that hasn’t been without challenges.

During his most recent live auction, his customers were left completely confused by the lack of t-shirts visible during the broadcast.

“Wait, what t-shirt are we bidding on?” commented @deadstockordie before adding 5 obligatory fire emojis.

“There’s no t-shirt!! I’m trying to sell just the backdrop, you idiots!! BRRR!!” A frustrated Wizardy shouted seconds before turning off his camera.

This is clearly satire and for entertainment purposes only. No disrespect intended, it’s just for shits and giggles. It’s written by a guy who knows a thing or two about setting up a backdrop to showcase vintage t-shirts.