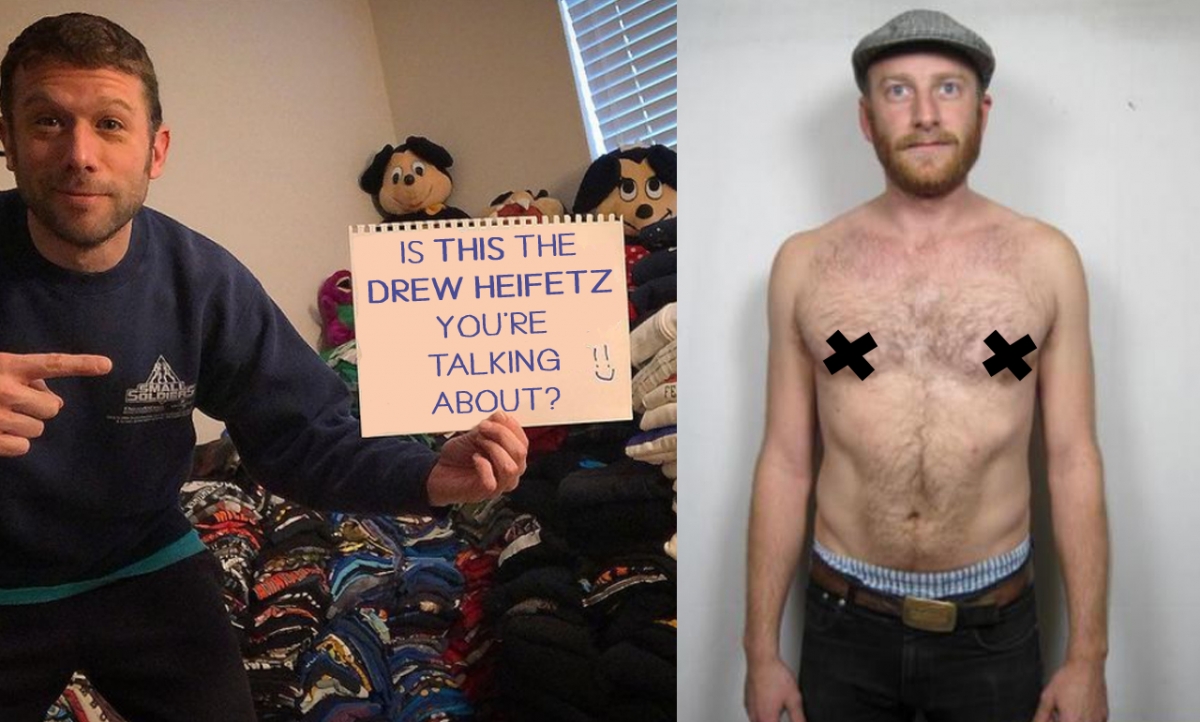 The drama between two influential vintage clothing dealers continues to unfold as the release of an explicit photo becomes the latest chapter in an epic kerfuffle.

But how did it come to this?

In April of 2020 Vintage Miner was welcomed as a guest on “Vintage ‘N Stuff,” a popular vintage clothing podcast hosted by F as In Frank’s Drew Heifetz. The YouTube-based podcast opens with a really long intro with a custom rap track that plays while Heifetz does “Stuff” and then jumps into a pool for some reason. Once the episode finally got underway, Heifetz and Miner appeared to have good chemistry during their near 2-hour exchange. They joked. They laughed. Drew even managed to not fart (audibly) during the entire broadcast. Then the two then parted ways amicably.

Yet not long after the friendly encounter, their relationship was torn apart, ironically,  by dry rot. Heifetz says the comments he added to Miner’s 100% factually incorrect IG post about Dry Rot were polite and well-intentioned. Miner assumed Drew to be yet another grail-hating troll, and when the vintage dust had settled, both men had blocked each other on Instagram.

Fast forward to this week, when Heifetz shared a photo made by an “anonymous third party.” In it, he was photoshopped in front of “Grail City” which is Miner’s trademark backdrop and/or childhood bedroom. Grail City is comprised of several leaning towers of mids that look like they desperately need to be put away after laundry day.

In retaliation Vintage Miner then released a topless photo of a Heifetz and in a second post, he used his trademark handwritten message board. “Is this the Drew Heifetz you’re talking about?” the note reads, while his favorite stuffed animals look on in amusement.

“I don’t know how he got hold of that photo, but I was young, foolish and I needed the money,” Hefeitz told Defunkd when asked about the origins of the photo. “Speaking of people who need money, have you guys heard about Bidstitch? It’s a new vintage marketplace and it’s only $9.99 for a monthly subscription and you can sell unlimited amounts. It’s pioneering, there’s a monthly newsletter and even a community forum.”

Has Heifetz been silenced by “the voice of the vintage community”? Or will he strike back? Only time will tell.

This is clearly satire and written by a washed-up old head that has nothing better to do with his time. Full respect to Drew, “the hardest working man in the vintage biz.” I don’t know Vintage Miner personally but he certainly has a very loyal following and an undeniable passion for vintage t-shirts and the community.