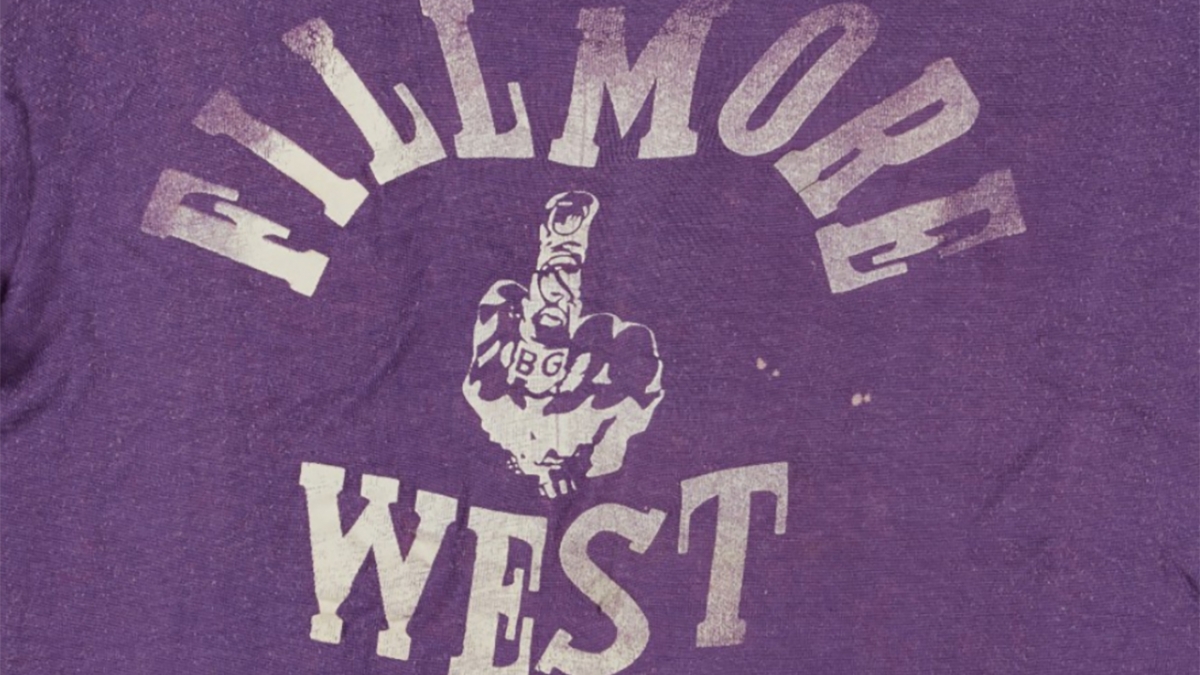 Sotheby’s “From the Vault: Property from the Grateful Dead and Friends” auction ended with some amazing results in the clothing category. Not only did two vintage Grateful Dead t-shirts combine for over 30k, but another shirt on their auction block brought in $21,420 USD.

This relic was worn on stage by Pigpen, aka Ron McKernan who was a founding member of the Dead and was with the band until 1972. Factor in that it was worn during the Sand Storm Festival in 1970 – there are multiple layers of value due to some pretty unique provenance. 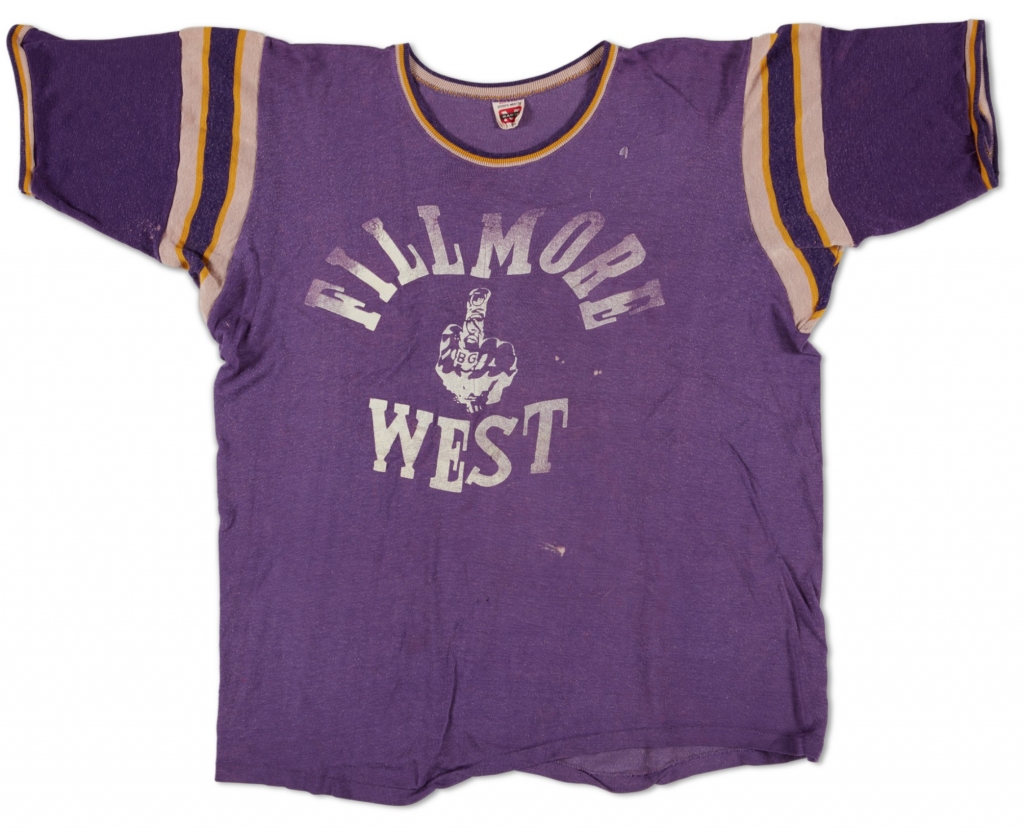 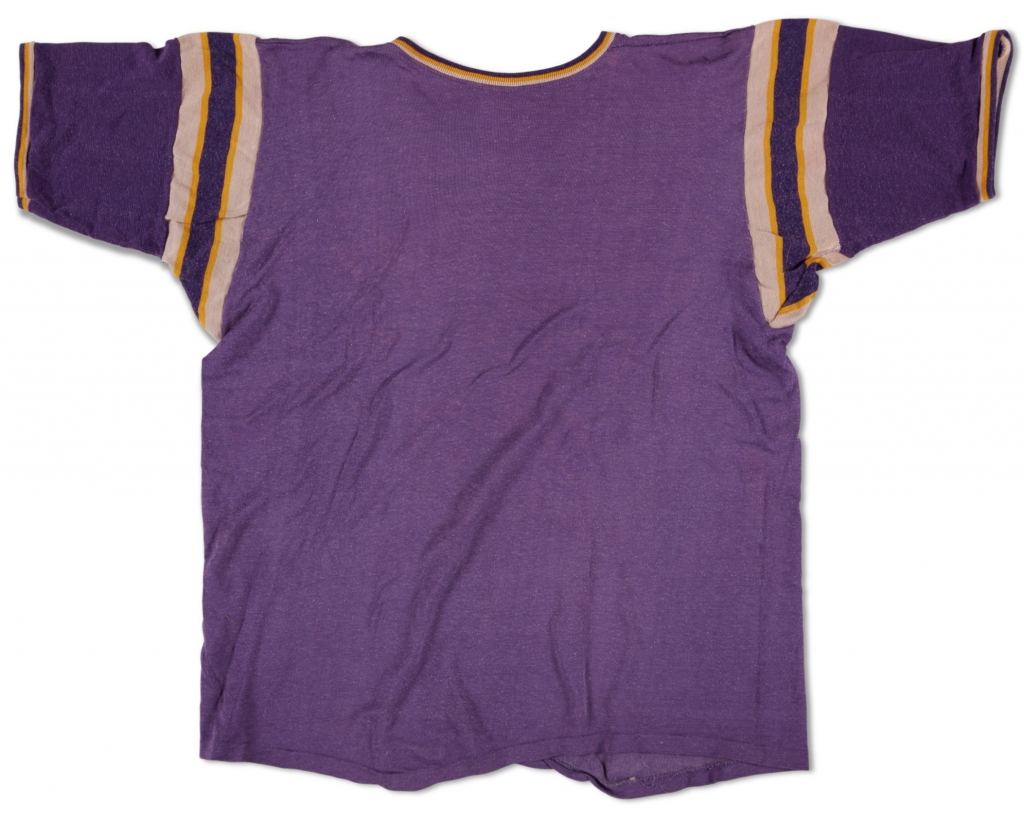 There’s been some debate in the community as to whether this type of shirt, sometimes described as a jersey, qualifies as a t-shirt. Does the Pigpen sale trump the Terk t-shirt that sold for $17k?

Oxford defines t-shirts as, “a short-sleeved casual top, generally made of cotton, having the shape of a T when spread out flat.” Webster has this to say about a t-shirt, “ a collarless short-sleeved or sleeveless usually cotton undershirt.”

Vintage jersey shirts like Pigpen’s are generally by made athletic wear companies and usually made of 100% synthetic fibers, like nylon. The tag on this garment reads, “Athletic wear by Mason.” That said, it’s certainly in the shape of a T when laid out, so there’s a bit of a grey area here. 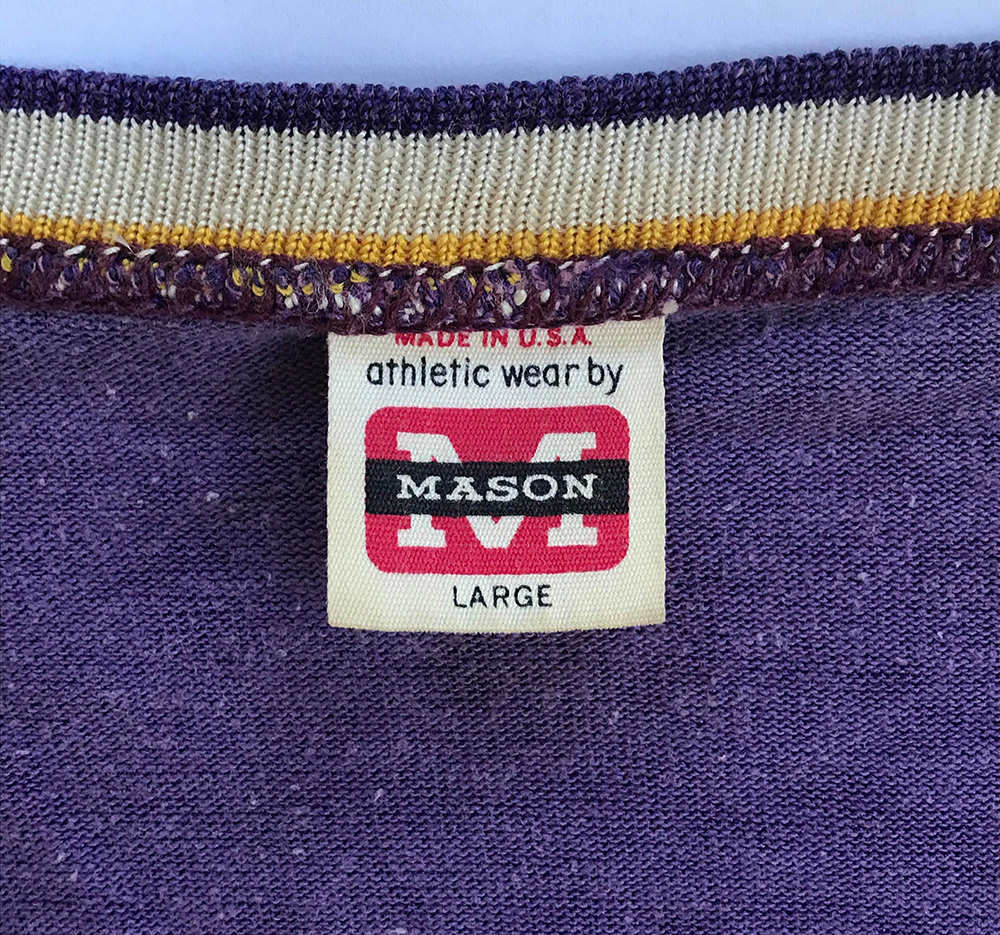 But let’s put how you choose to define your garments aside, the fact that this is performer, and especially stage-worn, puts it in another category.

The description from the auction reads:

Purple cotton jersey, “Fillmore West” and illustration of a middle finger screen-printed on the front; worn, print a bit faded, a few stains.

Worn on stage by Pigpen, at the Sound Storm Festival in Poynette, Wisconsin. The setlist for the show is unconfirmed, though jerrygarcia.com lists it as:

The History of Fillmore West Jersey

“The backstory on the Fillmore West jerseys – Bill Graham and the Fillmore staff used to play a regular pickup basketball game at the Fillmore, oftentimes they would play against bands and their crew,” said Max Bittle, a vintage 60s and 70s music shirt expert who at one point had three Fillmore shirts in his personal collection. 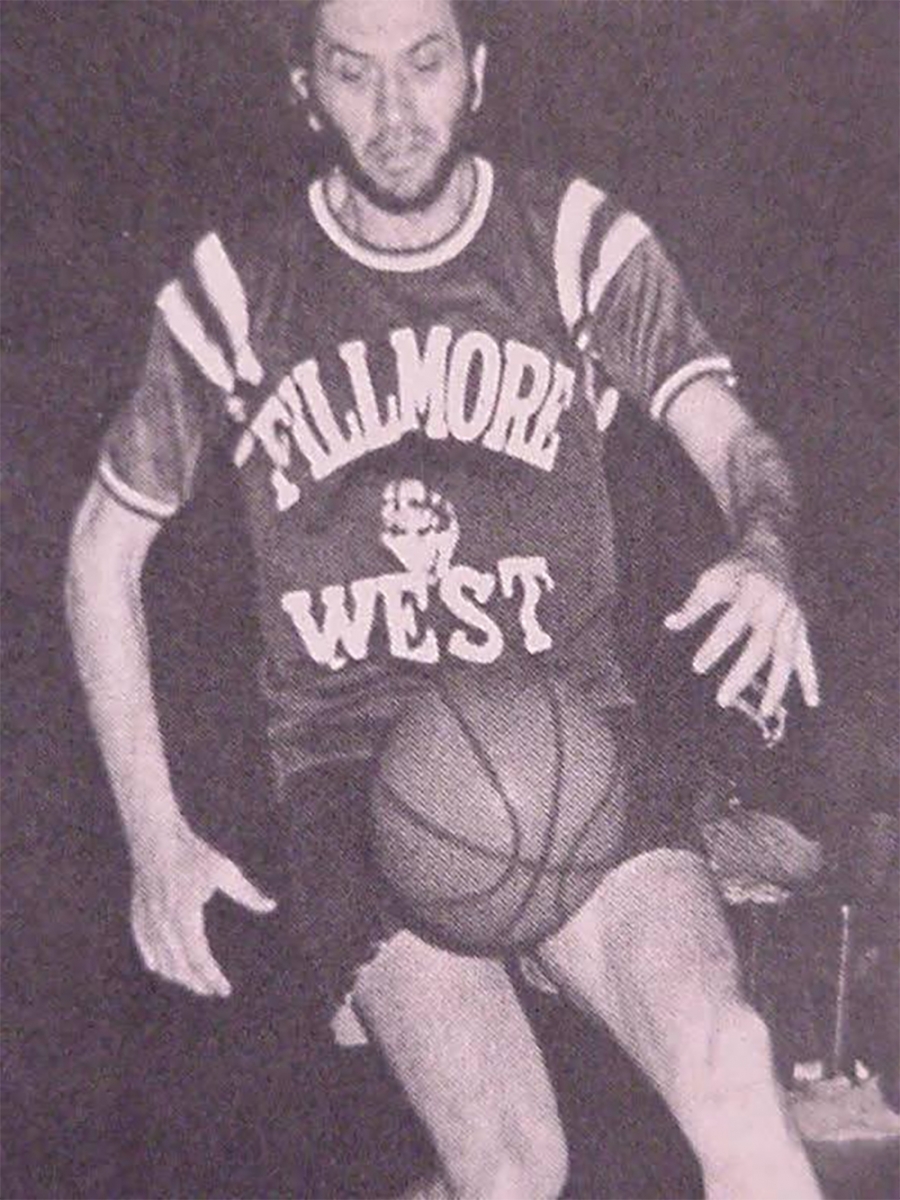 “Eventually, they made these purple jerseys. All of the jerseys show Bill Graham’s middle finger flipping the bird. The earliest ones have numbers on the back from the basketball team. The first graphics show the finger intersecting with the “m” in Fillmore. Later versions from either late ’69 or early ’70 show the finger more centered. I’ve heard Bill liked to give these to bands and crew as a way to promote the Fillmore while they were on the road.” 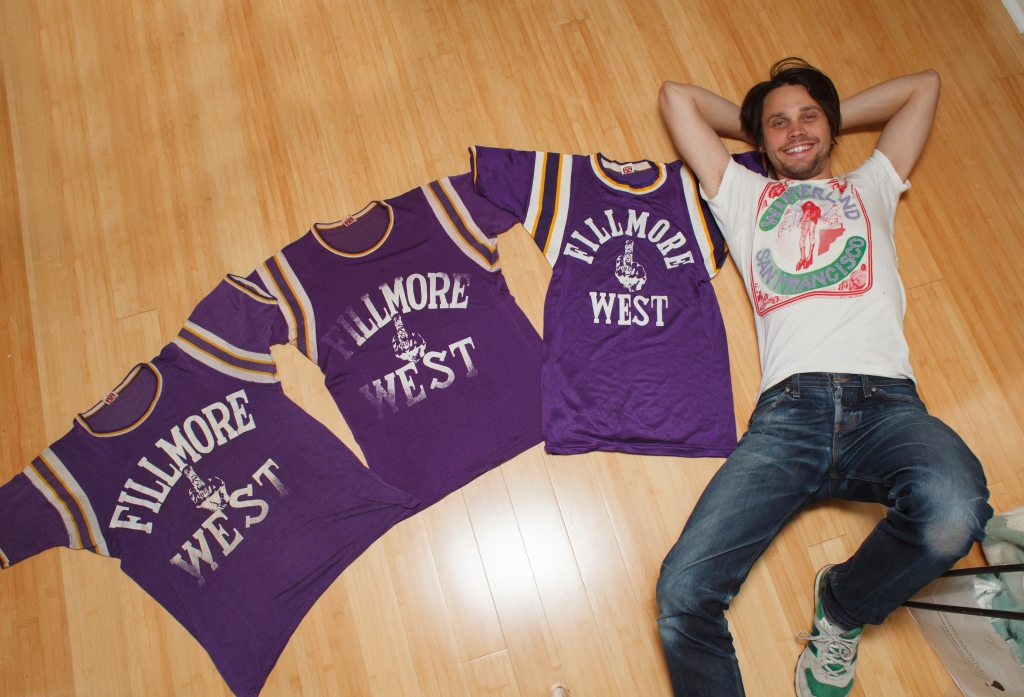 The center positioning of the finger is consistent with the details in the auction as this piece being from 1970.

Rock royalty often wore Fillmore shirts, Alvin Lee of Ten Years After frequently sported one and they made cameos on the stage of Woodstock.

How Much is a Vintage Fillmore West Jersey Worth?

So far there’s been no word as to who purchased the shirt.