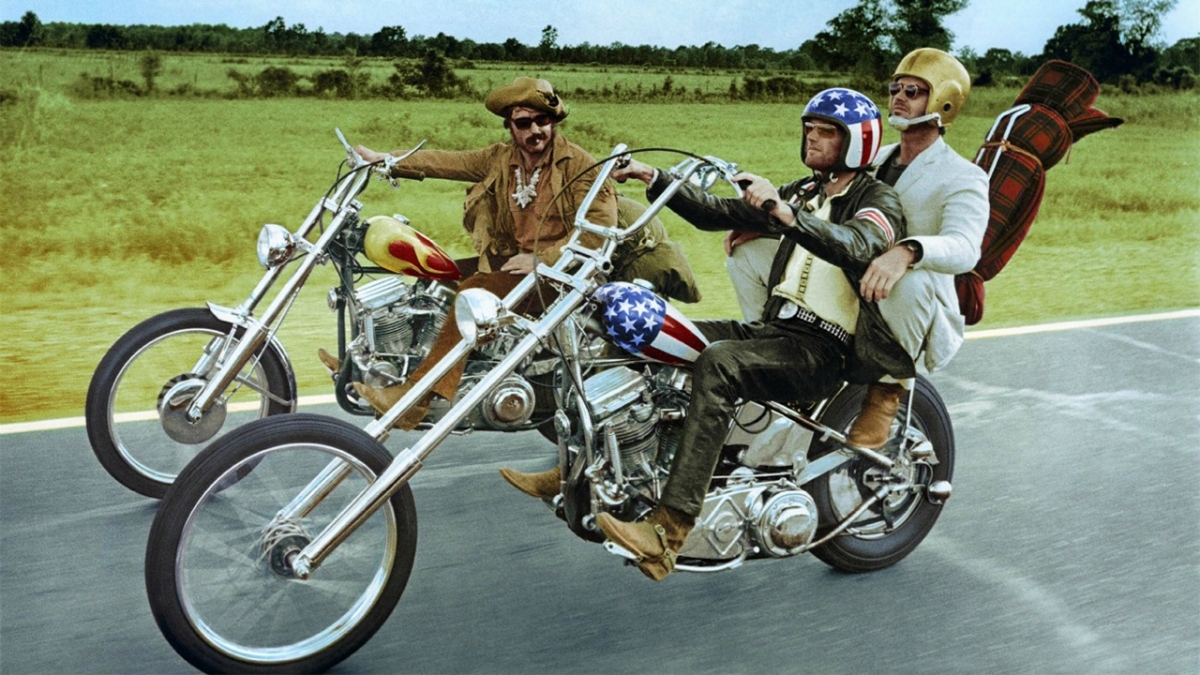 My Vintage T-Shirt is a section written by our readers. Thanks to Ron Graff over at craftymodolls for sharing this shirt and great story. If you have a rare vintage t-shirt and a great story please contact us.

When ‘Easy Rider’, the movie, came out in 1969 I was 19 years old and living in London while studying at the famed Morris School of Hairdressing. The school was situated in the heart of Soho, directly opposite Paul Raymond’s Revue Bar. What a location! One could look out of the upper floor school windows and see directly into the Revue Bar dancers’ changing room windows across the road!

Those were the heady days of Soho – all sex shops, strip joints, clubs, studios, and fashion boutiques. Carnaby Street was just a five-minute walk from the school. If you’ve ever seen any of those old movie clips of ‘swinging’ London in the 60s, you get the idea!

I bought the shirt that year, shortly before leaving London to continue my misspent youth as a newly qualified ladies hairdresser. It wasn’t ’till about a year later that I saw the film. Moved to tears, I thought then as I think now, that it is an outstanding commentary about many things – not just the obvious search for the American Dream. Relevant then, and perhaps even more so today.

Maybe there was always a bit of Captain America hidden inside me – it just took an amazing movie to open the door.

The same year that I saw the film, 1970, I was working on the Isle of Wight. It was also the year of the last IOW Festival. Outdoing by far the massive crowds of the 1968 and 1969 events, 600,000 hippies and freaks invaded the island to see Jimi Hendrix, The Doors, The Who, Joan Baez, Ten Years After, Leonard Cohen, Hawkwind, and all the magnificent rest.

I was there and so was this rare t-shirt!