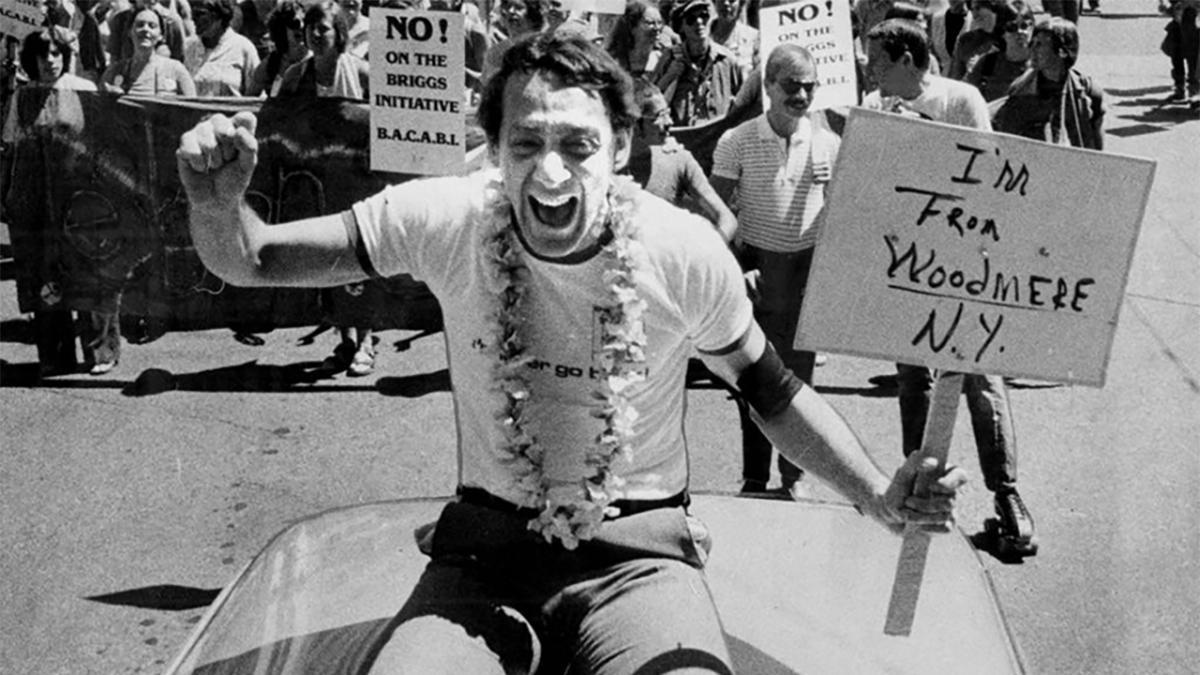 My Vintage T-Shirt is a section written by our readers. Thanks to Abigail over at blog.ivi.tv for sharing this shirt, a great story and inspiring this section. If you have a rare vintage t-shirt and a great story please contact us.

My mother grew up in San Francisco, and in 1976 she moved our family back to San Francisco from Vermont, where we’d been living. My grandmother, Jane Swinerton Ophuls, moved us into a Victorian she’d restored in the rough-and-tumble Western Addition — this was back when all the abject highrise projects dominated the landscape — and my education about poverty and opportunity began.

Jane worked hard for the Mental Health Parent-Infant Neighborhood Center, spent untold hours getting her friends to donate their high-end cast-offs to the organization’s thrift store, and was generally a champion of progressive causes in the city. This extended to supporting Harvey Milk in his bids for office, and though she wasn’t a t-shirt type of person no doubt she wore the tee proudly for at least one public event and made sure to pass it on to me as a record of Harvey’s crusading energy after he was killed in his Supervisor’s office at City Hall.

My mother — many of whose friends and one of whose sons is gay — declined to see the movie “Milk” this year because the events surrounding Harvey Milk and George Moscone’s murders cast such a pall on her return to the city of her childhood.

Jane Swinerton Ophuls is now deceased, but while she was still alive the city’s mayor, Dianne Feinstein, made her a San Francisco landmark. Jane always liked to caution people that it was illegal to change her facade without due process and departmental review.