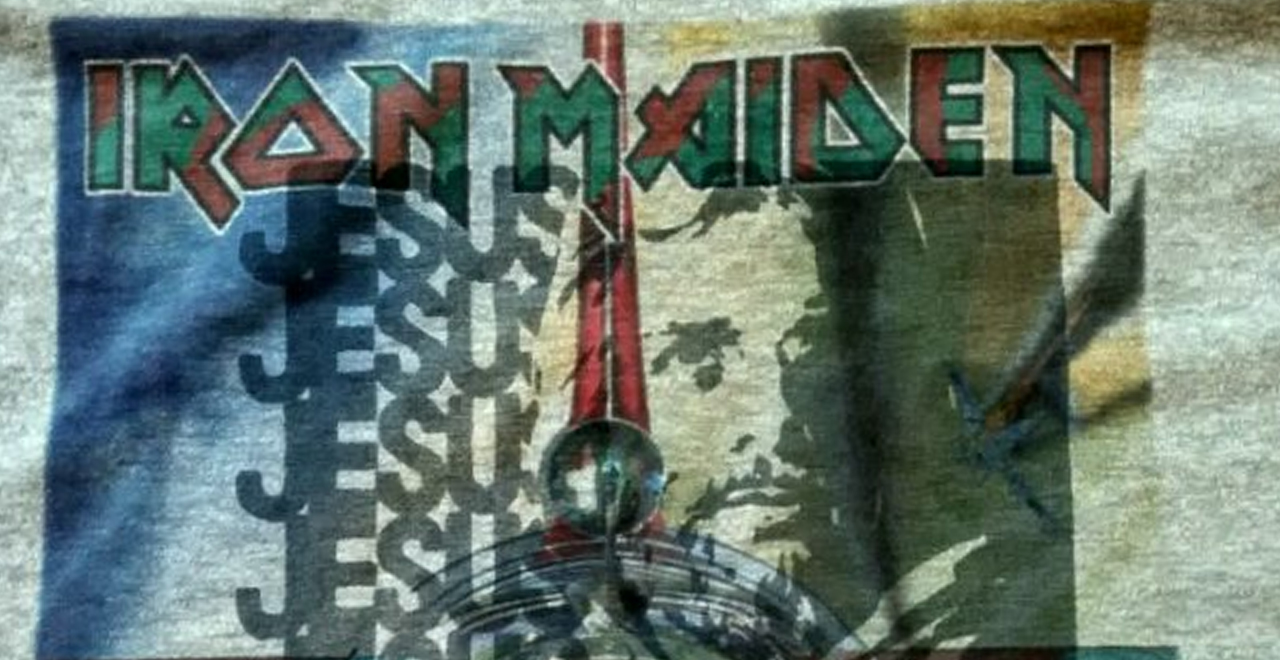 We’ve seen claims of Jesus’ image appearing in everything: bread, potato chips, mud…and even a piece of ham. And this isn’t the first time he’s shown his face on a tee. But this particular instance is a little different. There’s no mistaking it’s Jesus this time because among the image he’s also included what appears to be several instances of his written name in a bold font.

See if you can make it out: 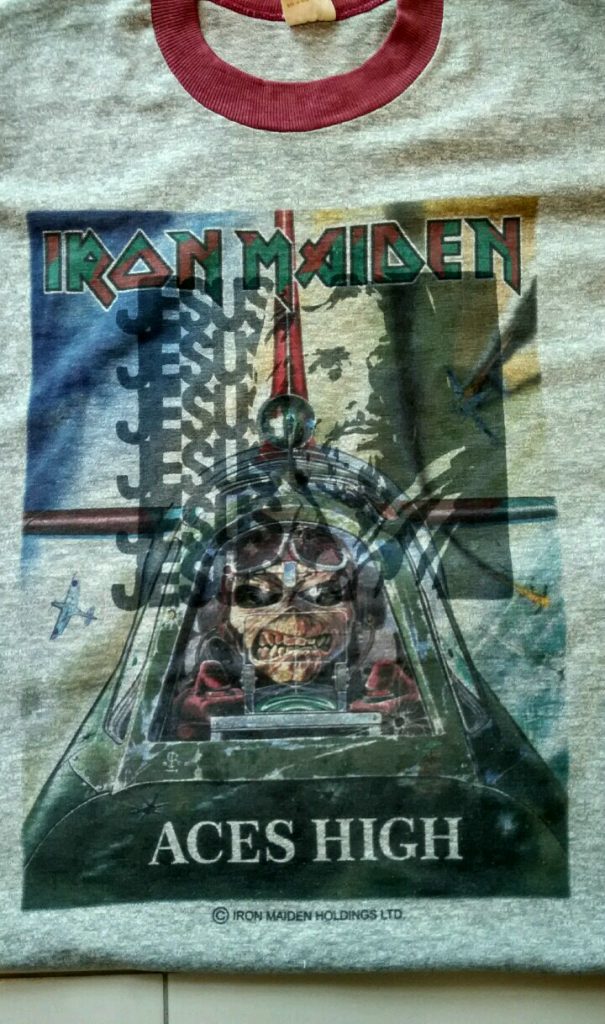 Did you spot it?

And his choice of t-shirt? Could there be anymore irony? He’s obviously trying to warn us against the evils of Iron Maiden – a band that is sponsored by Satan himself.

A user of our forum named thetwintowers in our forum made the shocking discovery at a thiftstore. Not surprisingly sin immediately set in as he greedily wondered if the appearance effected the value of the true vintage garment. In their non-sacred state vintage Aces tees can sell for up to $666.66.

If Jesus isn’t making his presence known here, what’s the explanation?  Get the full story and have your say here.