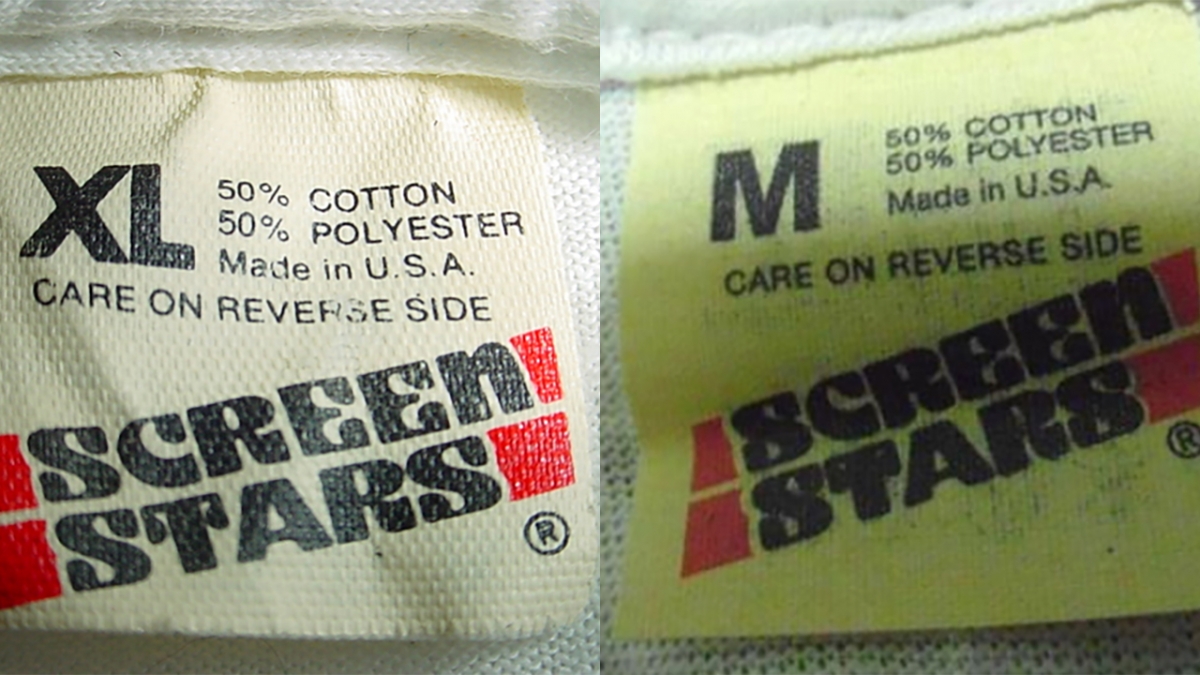 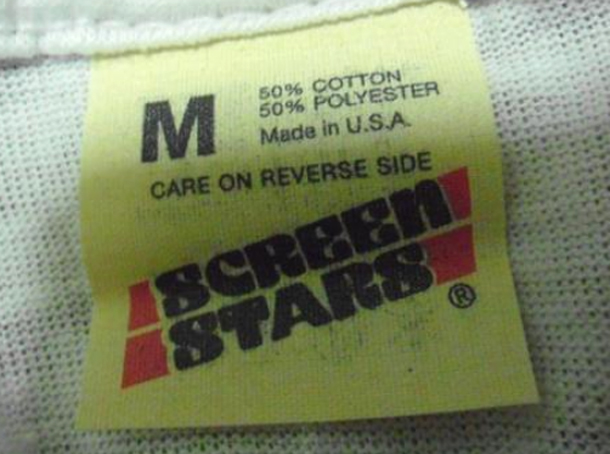 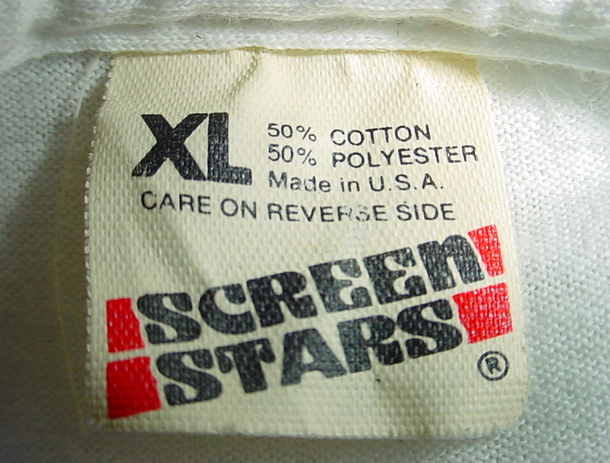 The counterfeiters chose to copy the 3rd generation Screen Stars tag that first emerged circa 1983.

No type of sought-after vintage clothing is safe from Thailand’s bootlegging enterprise. They’re increasingly setting their sights on vintage because it’s far less risky to bootleg defunct vintage brands than current ones who actively seek out counterfeiters. We’ve all seen the fake Harley Champion tees that we learned were manufactured in Thailand and then imported by sneaky North American eBay sellers. Unfortunately, not all of these forgeries are hack jobs, some are indistinguishable from the real deal even in the hands of experts.

It’s pretty scary stuff. Keep your eyes peeled and give us the heads-up if you spot something suspicious floating around eBay.

8/15/ Update: A source from Thailand confirms the Harley Champion tees are local but we’ve been told that the Screen Stars tags were actually manufactured in Pakistan and brought back to Bangkok.

What’s the Deal With the Rayon Tri-Blend Trend?
Nike