Showco shirts. We’ve all seen these legendary tops that were a staple at any given rock concert in the 70s. Their gritty quality and blue collar wearers helped amplify bands worldwide. All the road warriors proudly wore these shirts and occasionally you would see a band member wearing one as well.  But where did they come from? Who made them? Why in the world are they so collectible? 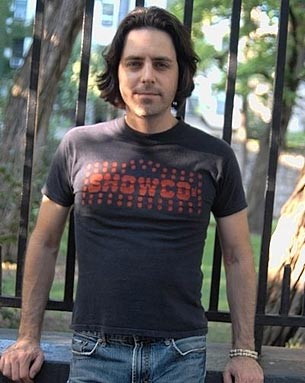 Tell us about you, your music tees and interest in collecting?

I’m the author of a book yet to be released documenting the history of Showco 1965-1981, the legendary concert sound and lighting company from Dallas, Texas.  I also play guitar in two bands, the first is CABB; an all original outfit with an amazing actress fronting the group, and second is Electric Magic, my Led Zeppelin tribute band.

I also have a deep interest in vintage clothing.  Rock n’ roll swag and Vietnam War era military uniforms are where it’s at for me. As far back as I can remember I always wanted to dress like the rock stars whose posters hung on the wall of my room. There was a photo and poster that for years when I was a kid always grabbed my attention: A shot of Led Zeppelin’s mighty drummer John Bonham aboard their private jet Caesar’s Chariot in 1977, a converted Boeing 720.  “A fookin’ flyin’ shag carpeted gin palace”, according to one Led Zeppelin inner circle member I interviewed. 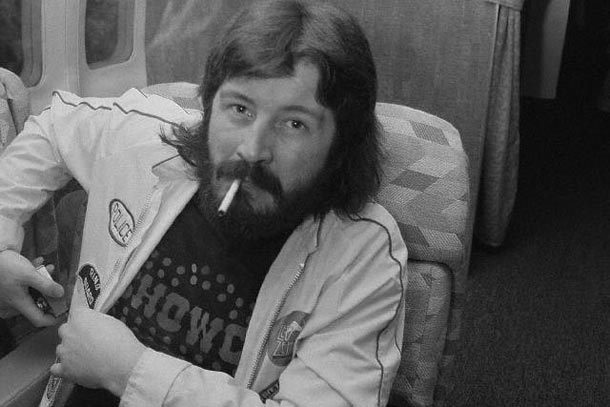 The other was a sepia poster of Lynyrd Skynyrd. You know the one…Ronnie Van Zant, southern rock’s “Simple man” seated directly in front. Looking confident, focused and in control, he was flanked by his confederate band of bad assed, hell raising, bar brawling rabble rousers. I came to realize over time that Bonzo and Ronnie were resplendently wearing the same shirt with SHOWCO emblazoned proudly across their chests.

What’s Showco??? Was it a club? A bar? A gang? I needed to find this out. It wasn’t until years later that I discovered Showco from Dallas, Texas was the premier sound, lighting, and full rock n’ roll production company that started the concert touring industry. So yes, I was right. They were a gang. A gang of engineers, roadies, truck drivers, logistics staff, shop technicians, and visionaries that had a lot of swagger. That’s how it started for me.