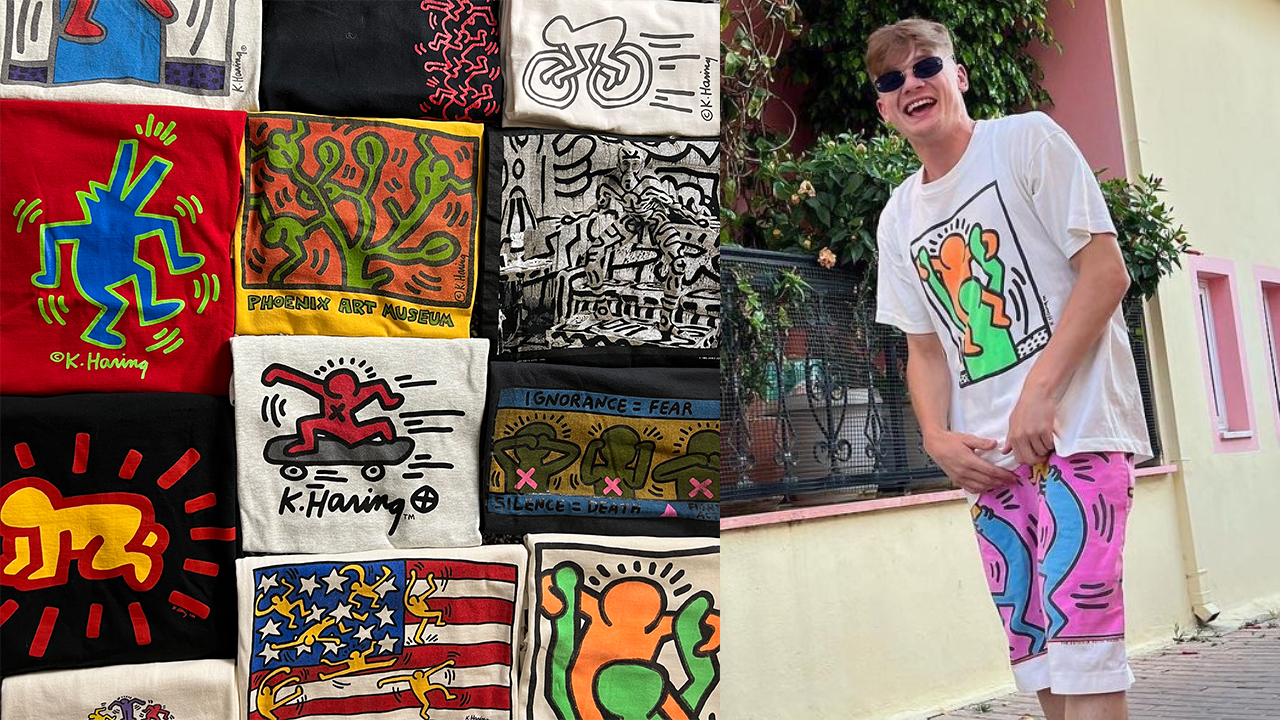 My name is Sebastian. I live in London England and I own around 30 vintage KH vintage T-shirts. I collect other items as well, for example, posters from KH exhibitions or his art released by the KH foundation. I also have some other cool stuff KH used to sell in his shop called “Pop Shop”. I started to collect vintage around 8 years ago, back in my small hometown, Żory in Poland (only around 60,000 people live there).

We used to dig for cool pieces every day, sometimes even skipping school to get more time. We would be digging and then go to breakdance straight after. The next day – same thing. Over and over again.

We would be in these second-hand stores so often, that one of them hired us to unload trucks full of new stock. They were not paying us much, but we could have a look at the stock before everyone else and that was a game changer! So I started selling a lot of clothes to vintage shops around Poland.

Eventually, I ended up moving to the UK (it was around 2016). I opened my store here called “Check It Vintage”. To be honest, in the past, I was never able to collect vintage KH T-shirts because I
could not afford them – it was only after I opened my shop “Check it Vintage” in Brick Lane, London, and generated more income, I started to buy stuff I’ve always wanted.

I love pop art, I have some cool t-shirts from Andy Warhol and Jean Michael Basquiat as well. I’ve always been fascinated by pop art, especially by KH. Mainly because he was inspired by Rock Steady Crew and other BBoys, back in the 80s. I am a BBoy myself so that part was the most attractive to me.

I wear KH tees if they are in my size. But even if they’re not, and I know I’ve found something cool and rare, I will still buy it! But then I choose to store them safely and only take a look at my treasures from time to time and admire them.

Vintage is all about expressing yourself.

My generation’s attitude towards vintage is way different from the older generations. When I am speaking with my friends who own shops for way longer than I have, they see vintage in a completely different way. It is crazy to me, that for my 13-year-old sister, vintage is also going to be something new.

I’d say that vintage is a never-ending story and every generation understands it in a different way.

(One week of drawing workshops for kids with Keith Haring) 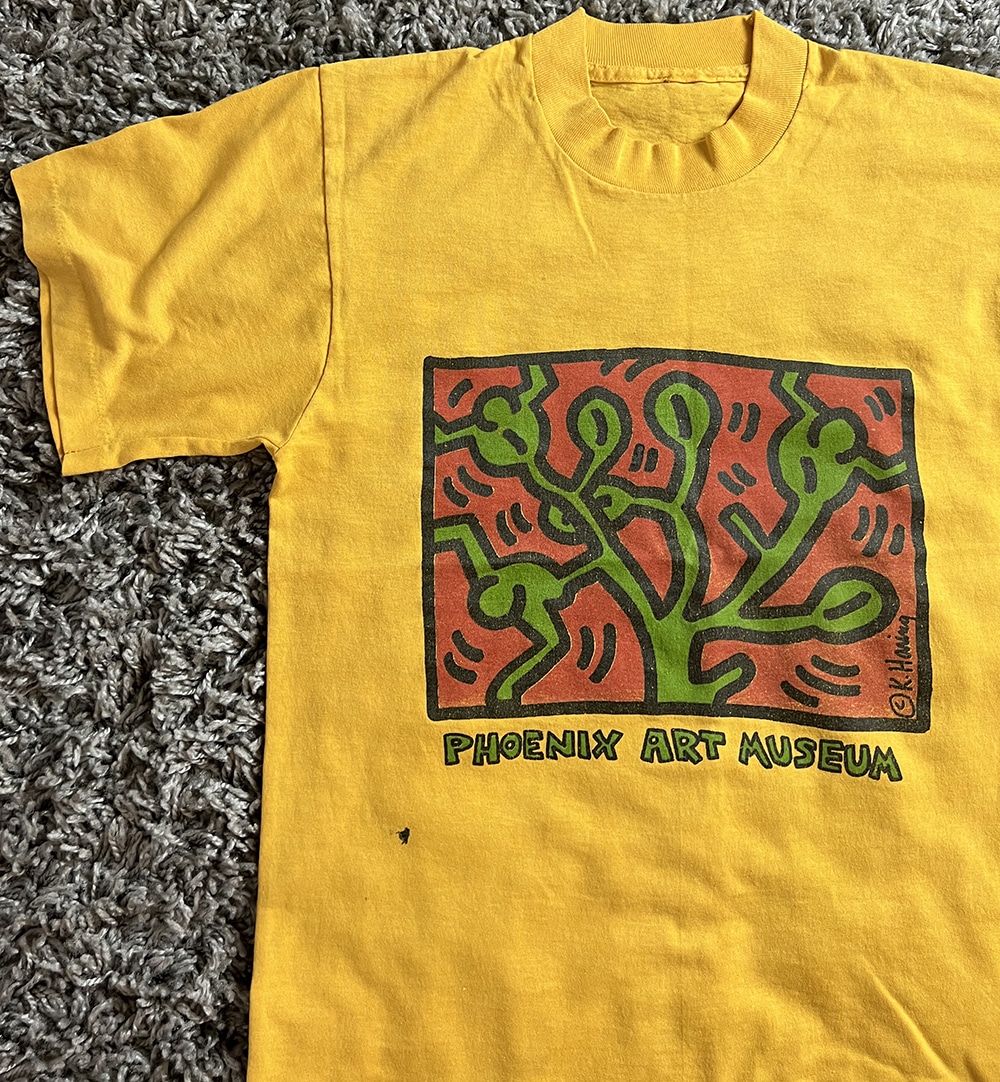 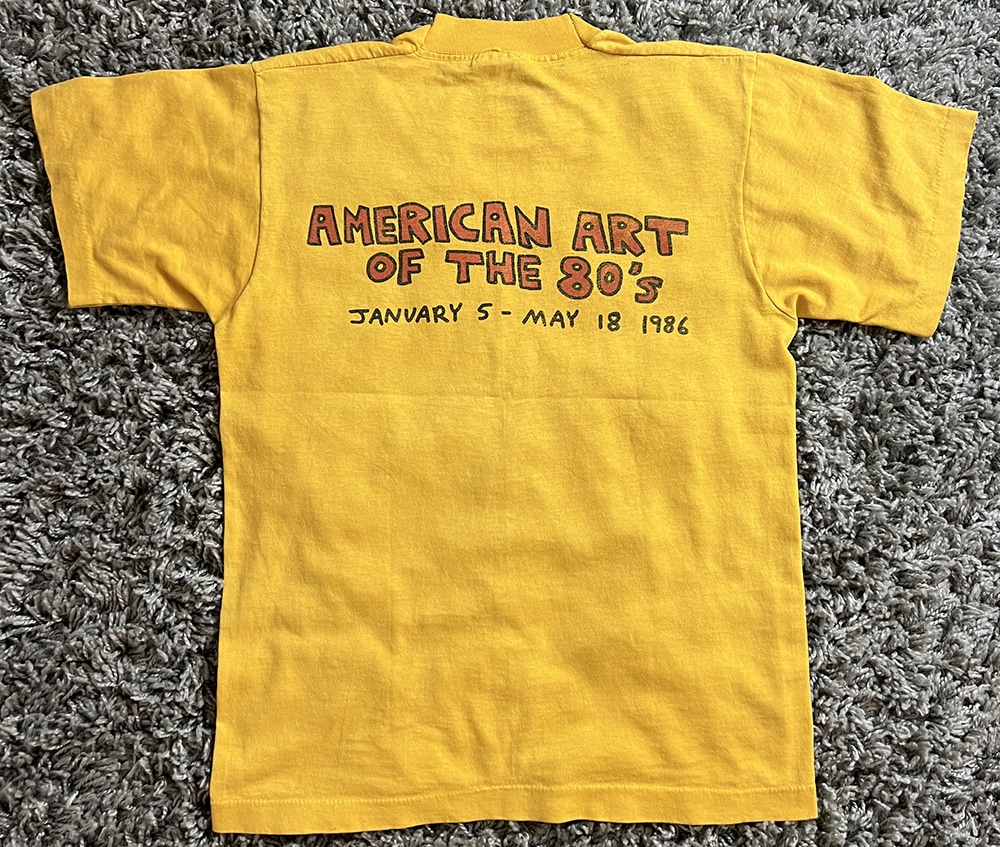 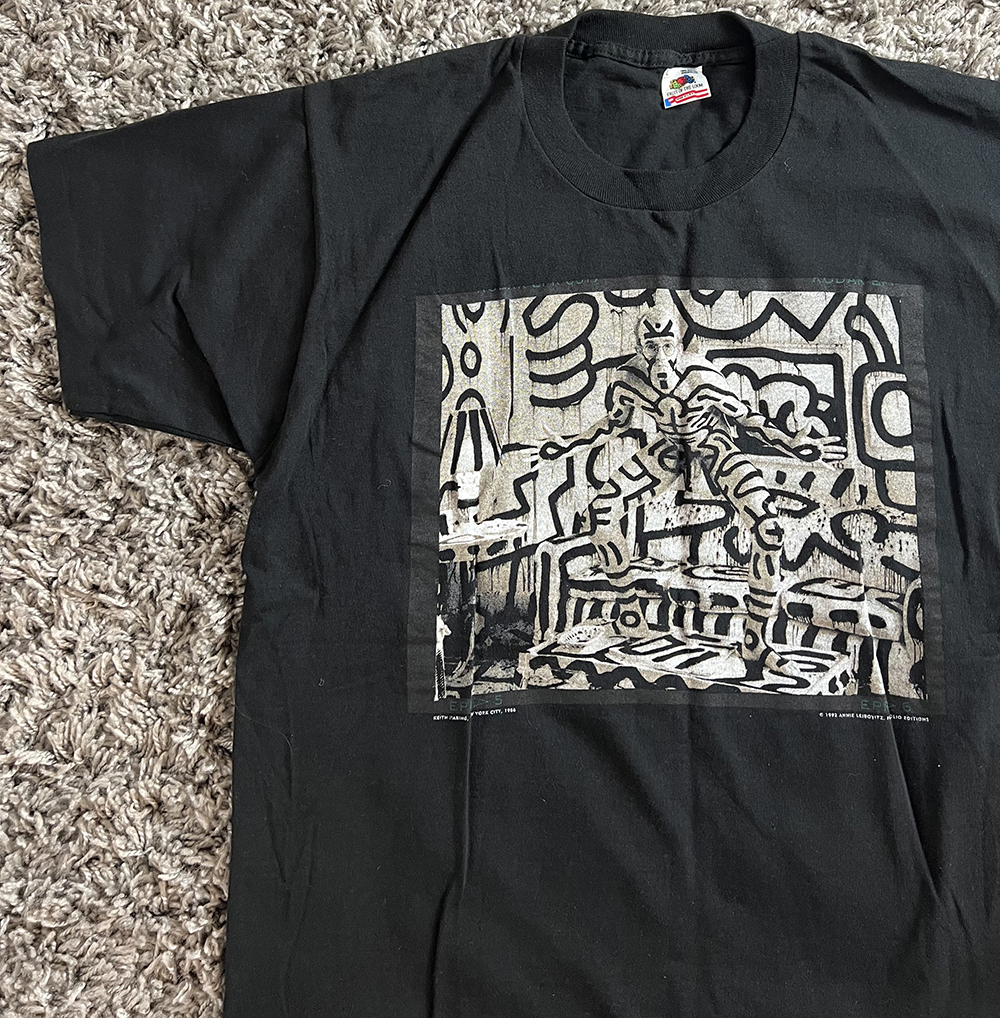 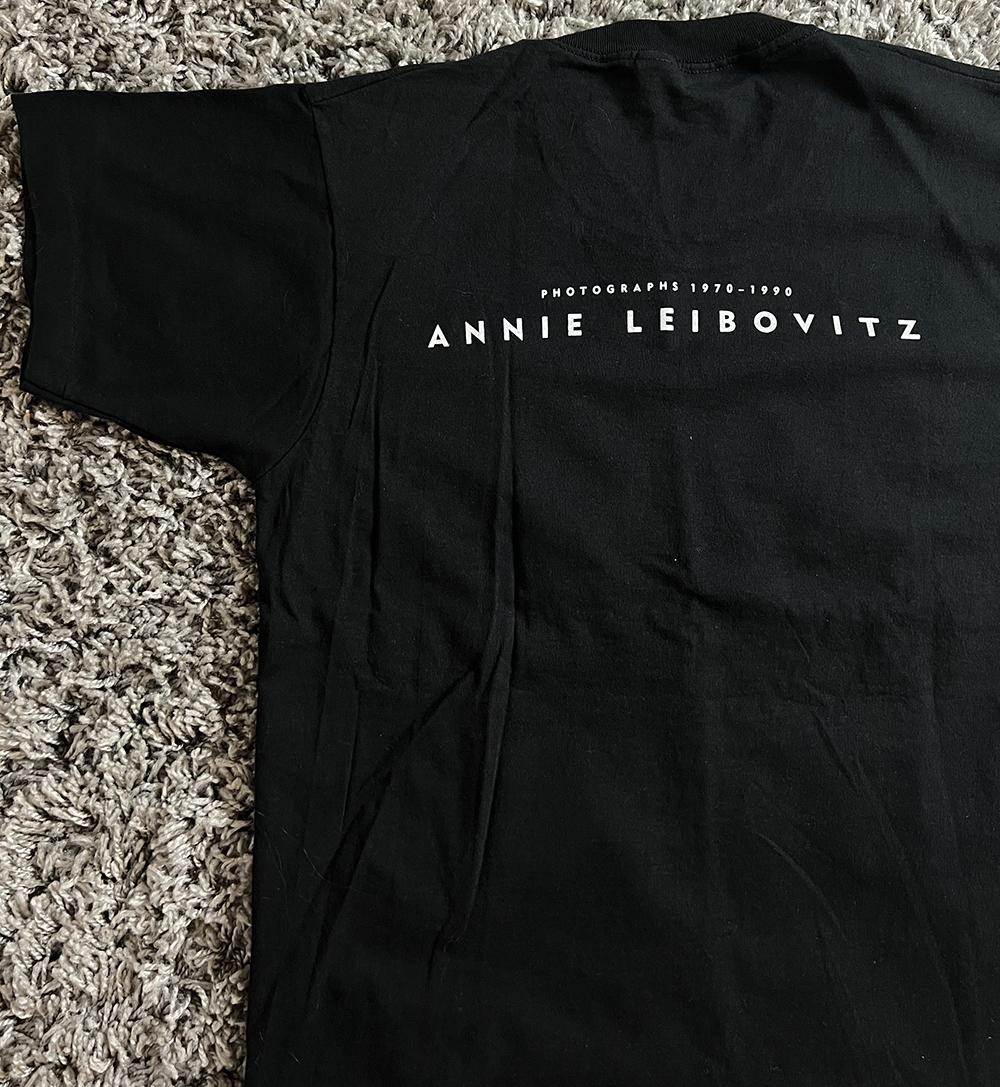 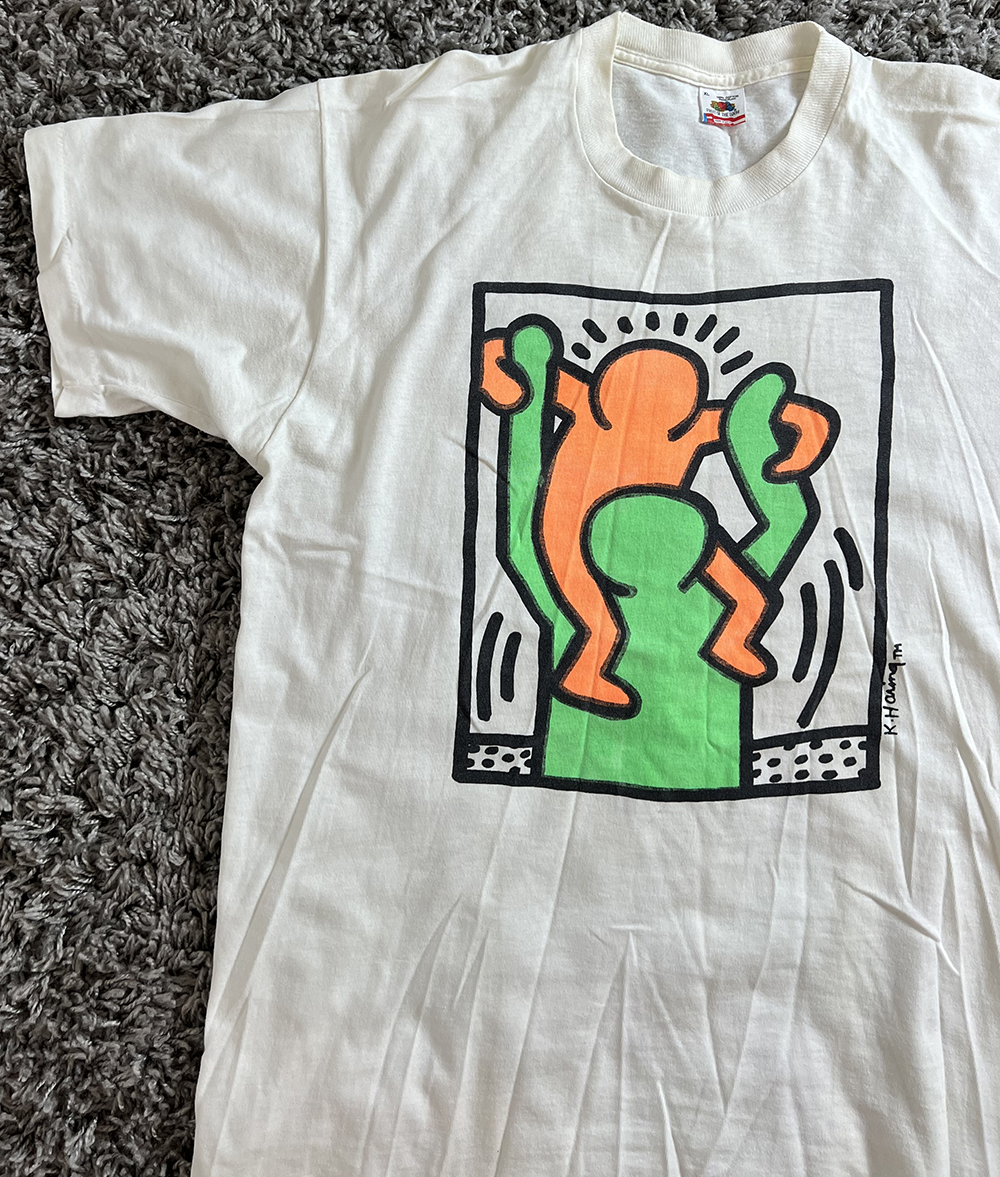 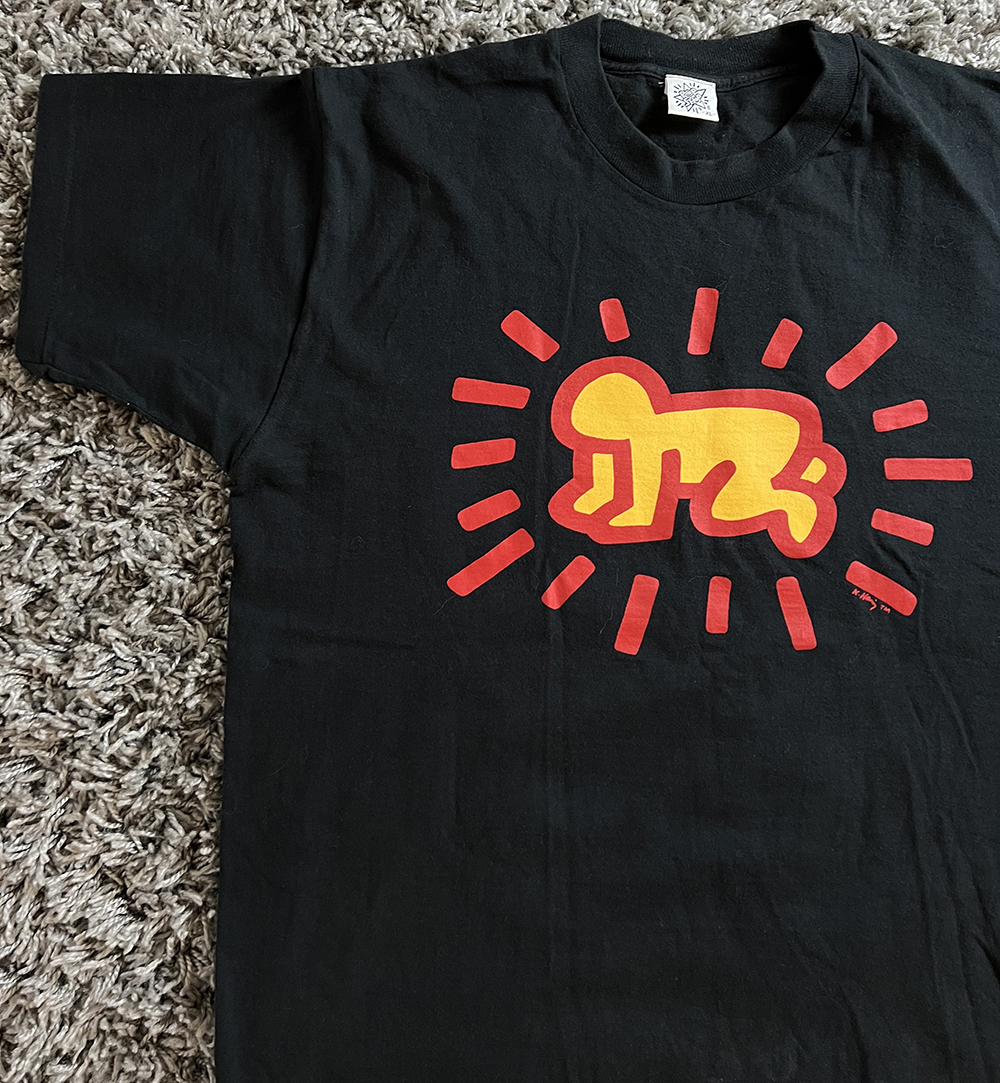 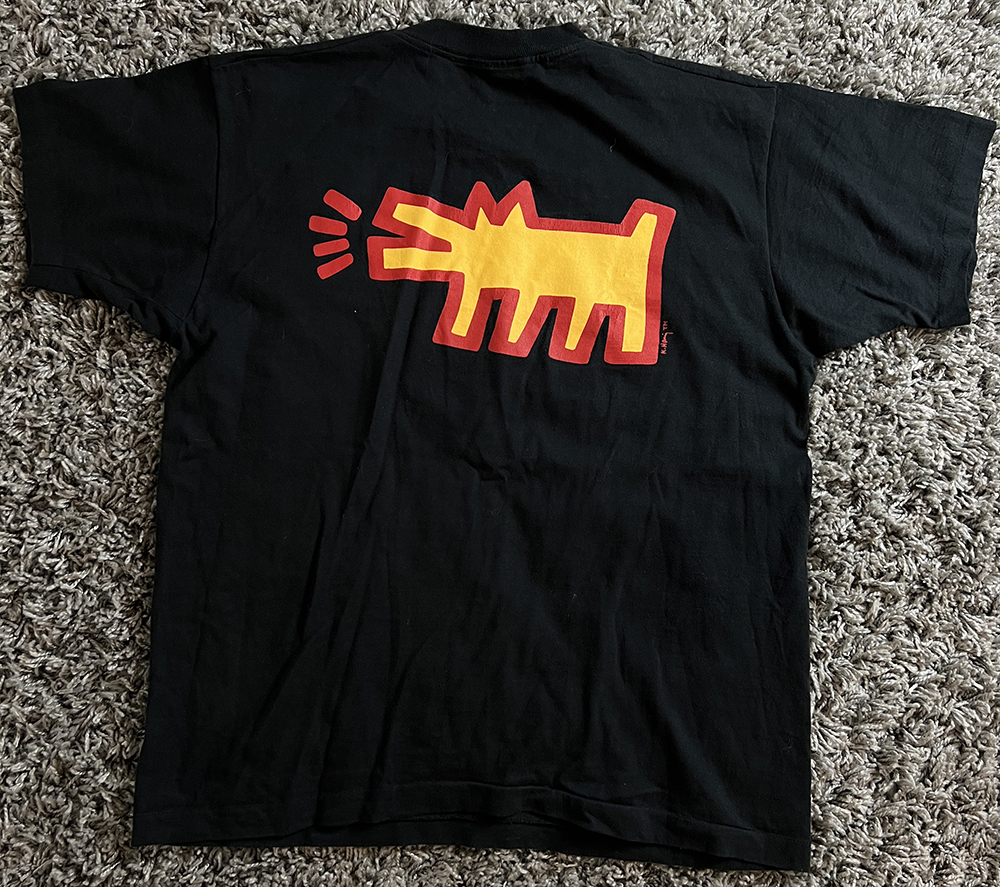 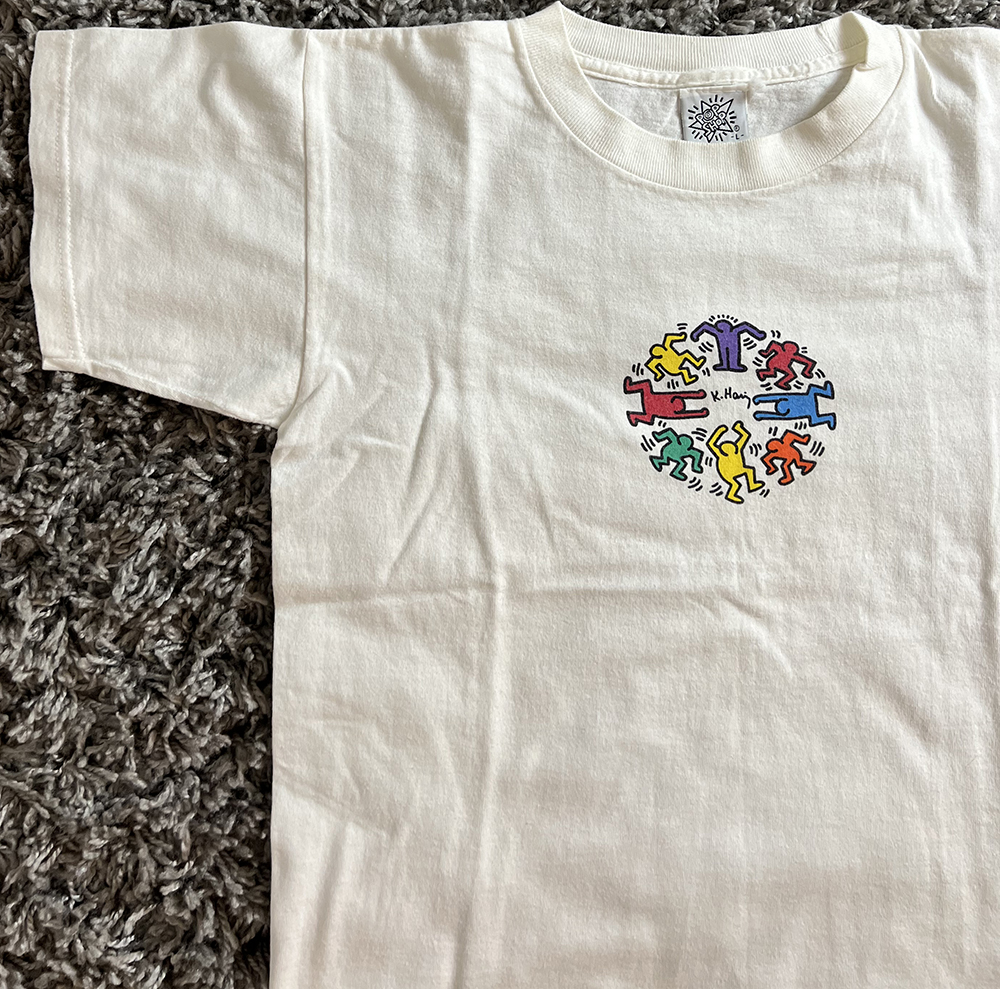 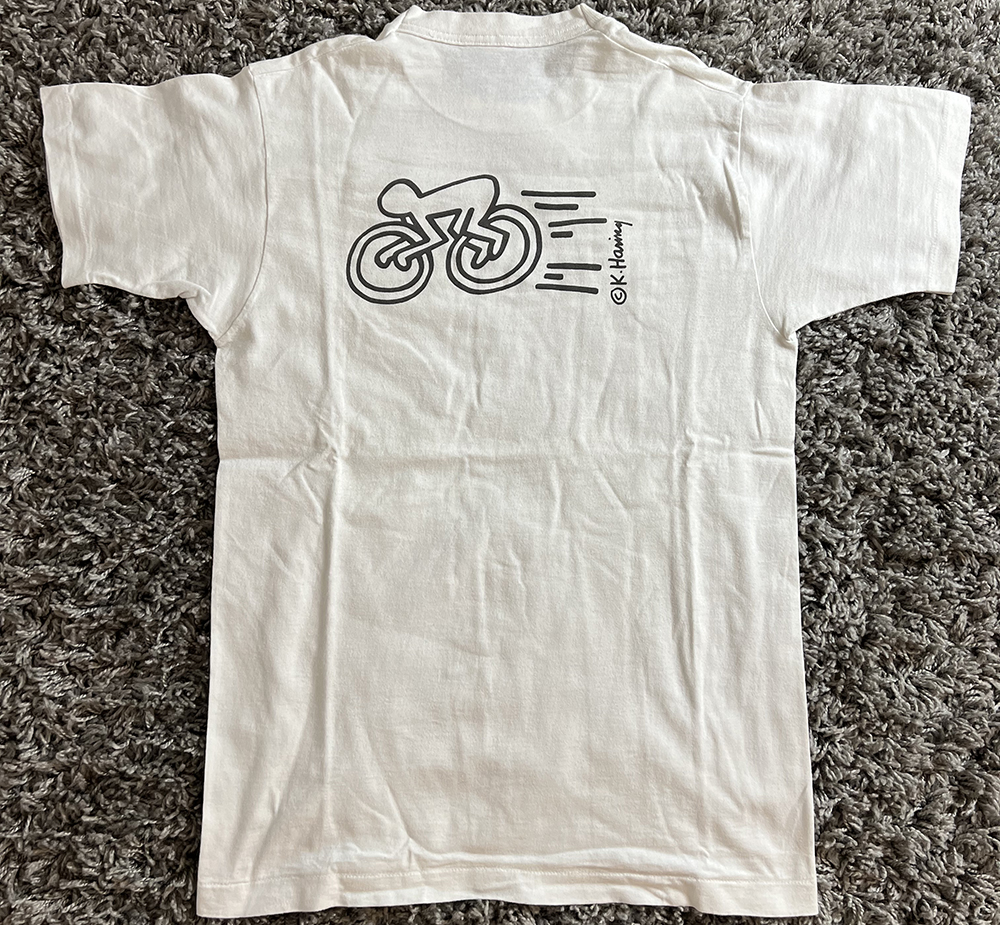 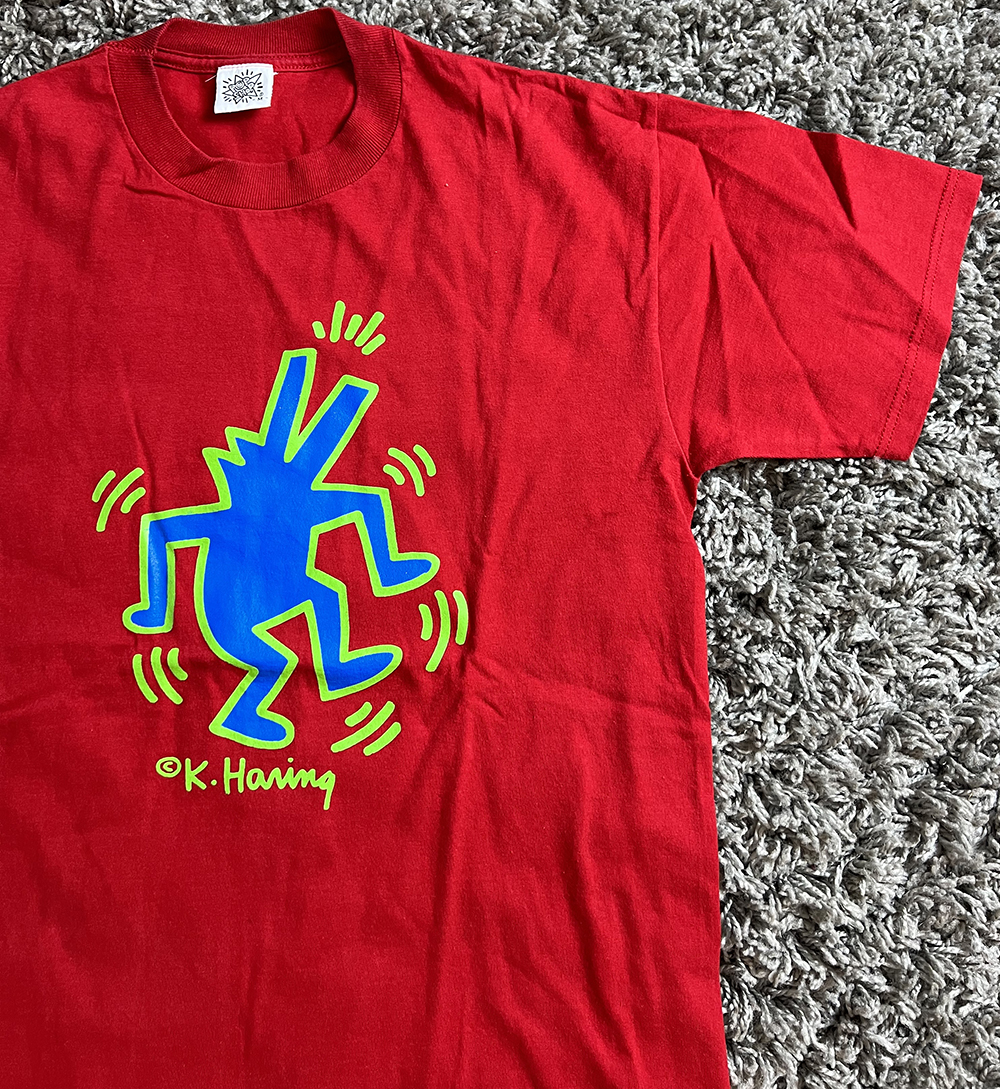 The image was created as a flyer for the “American Music Festival – New York City Ballet (1988.) 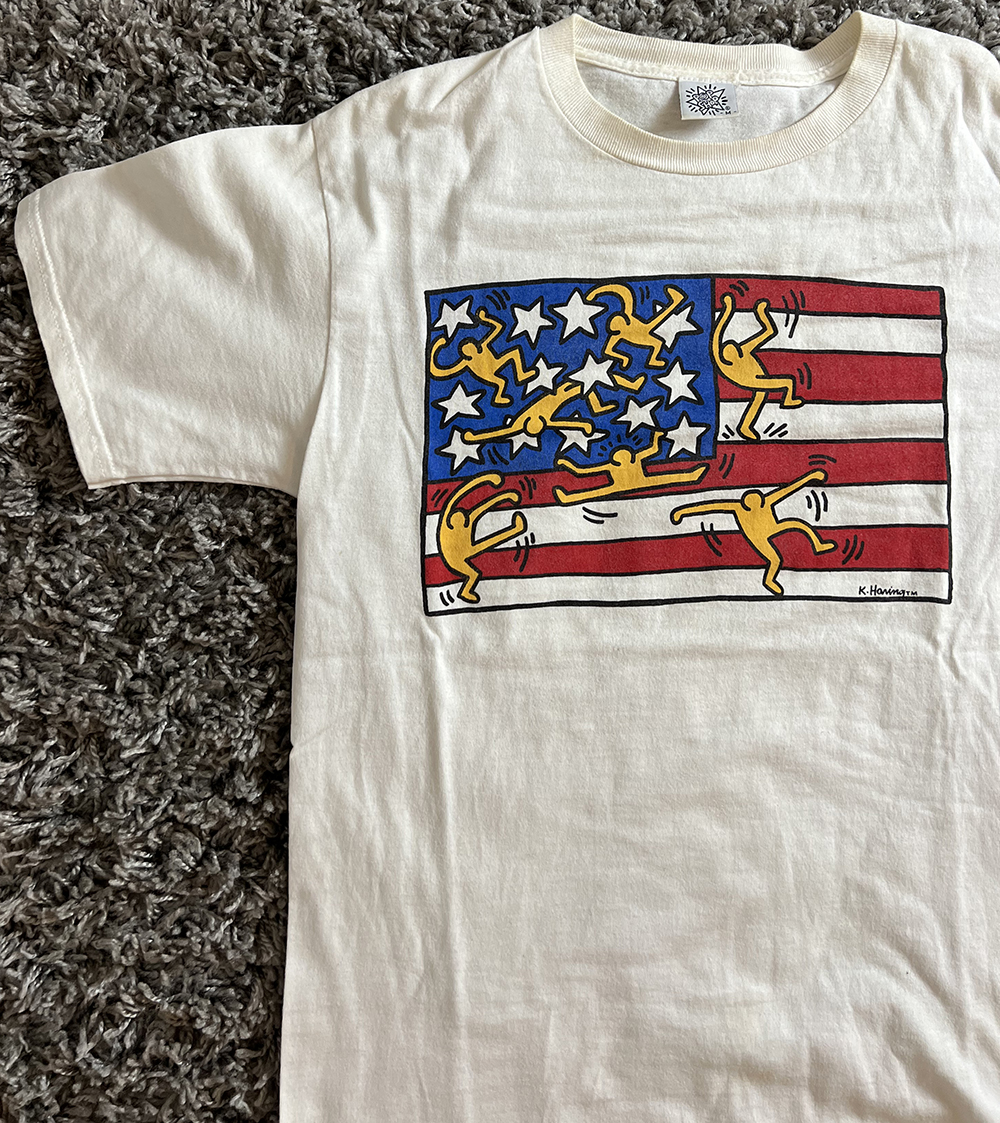 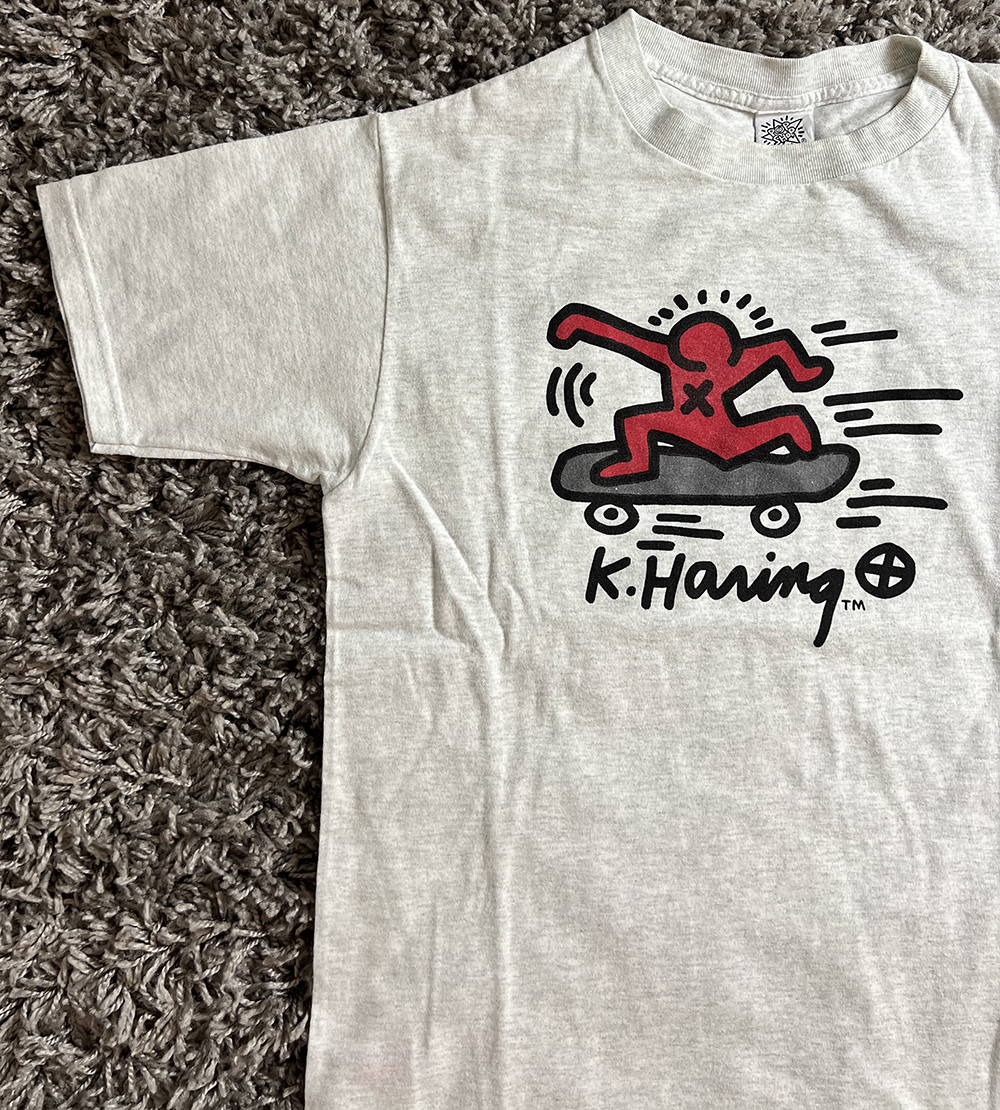 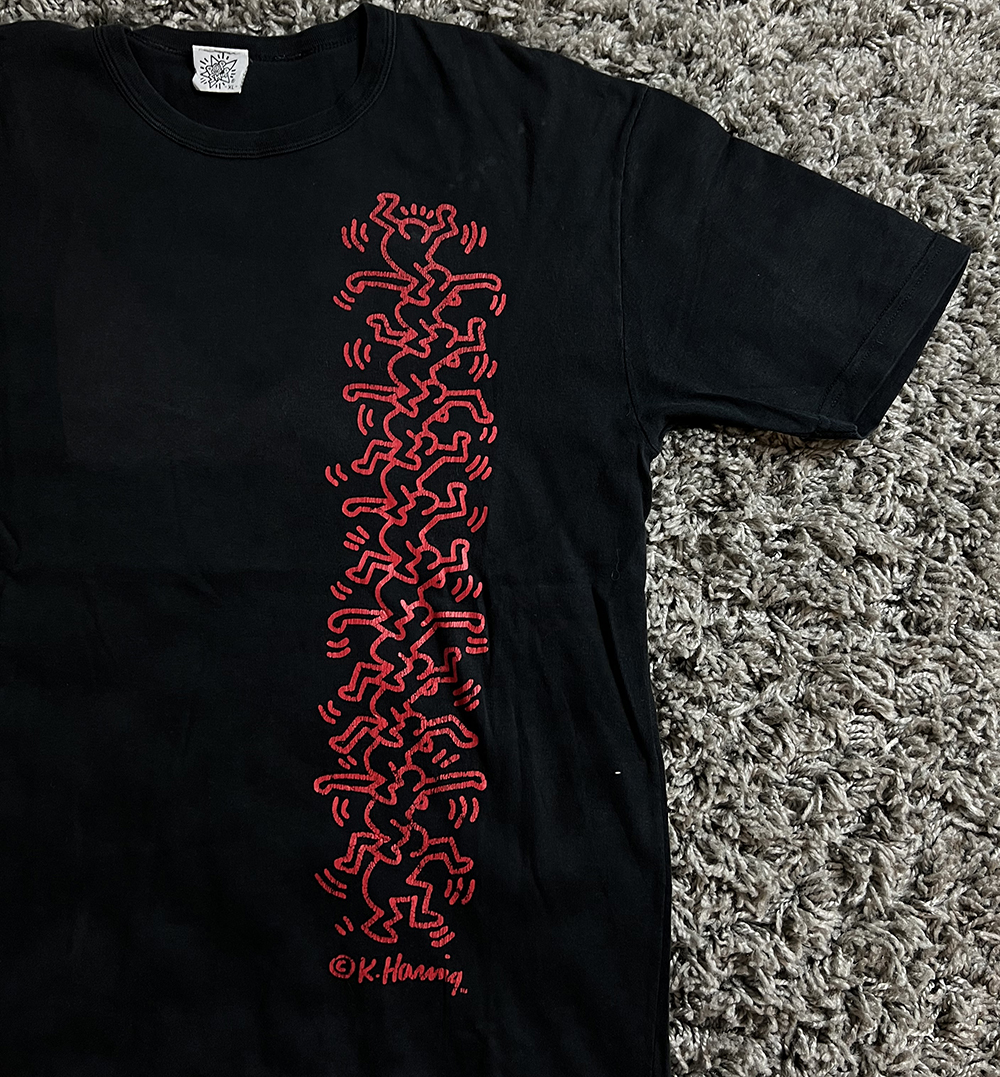 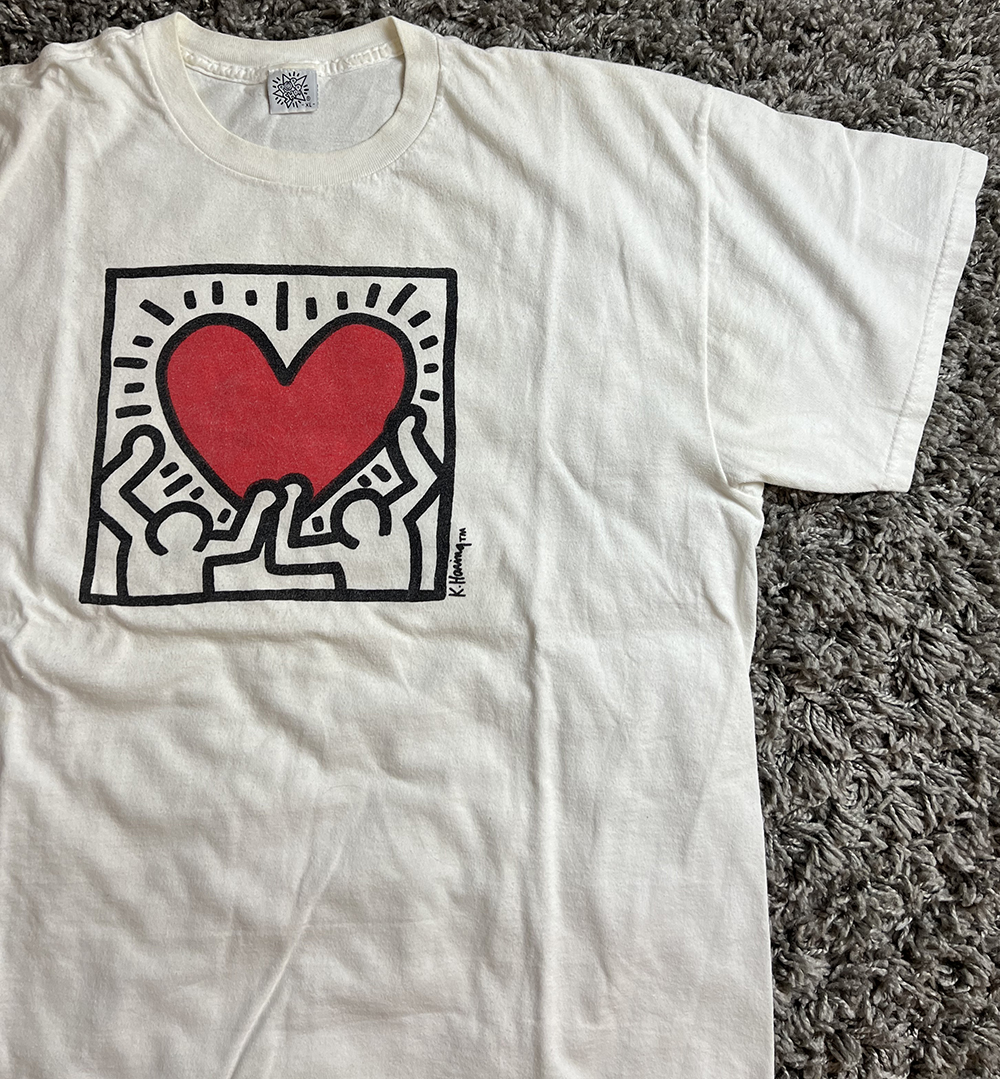 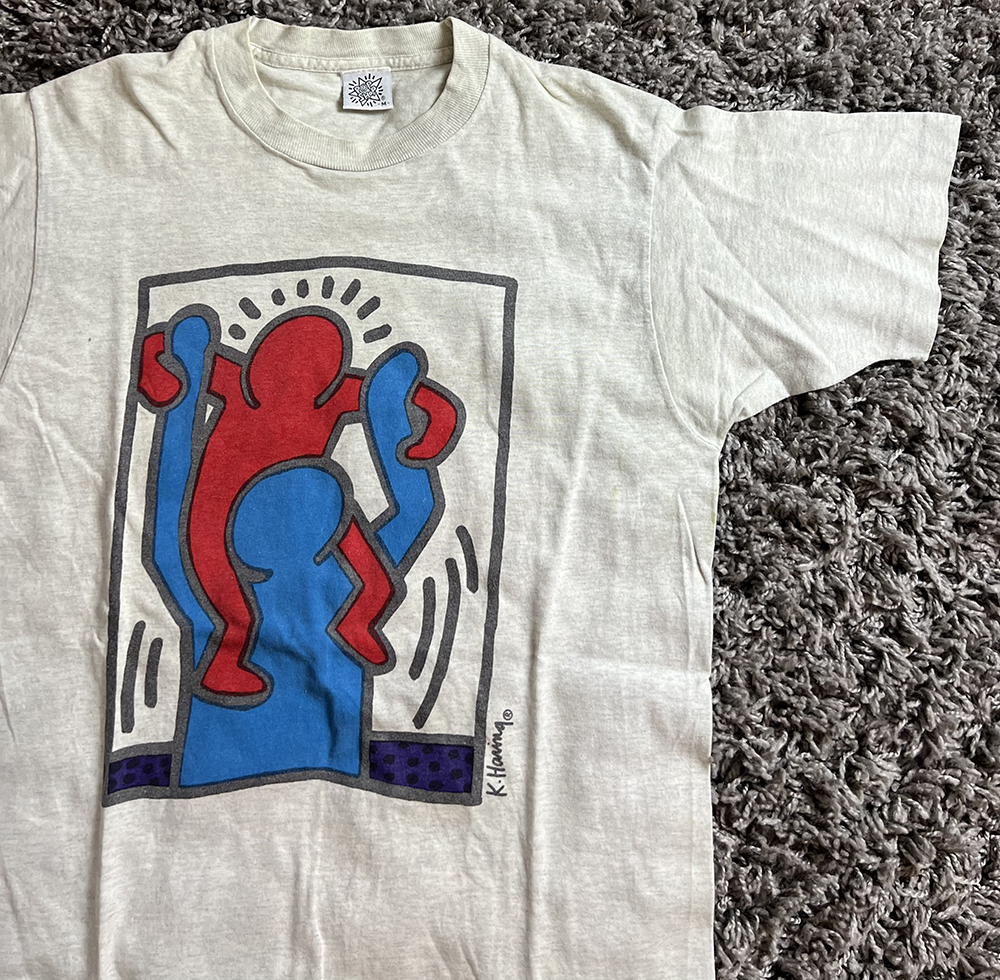 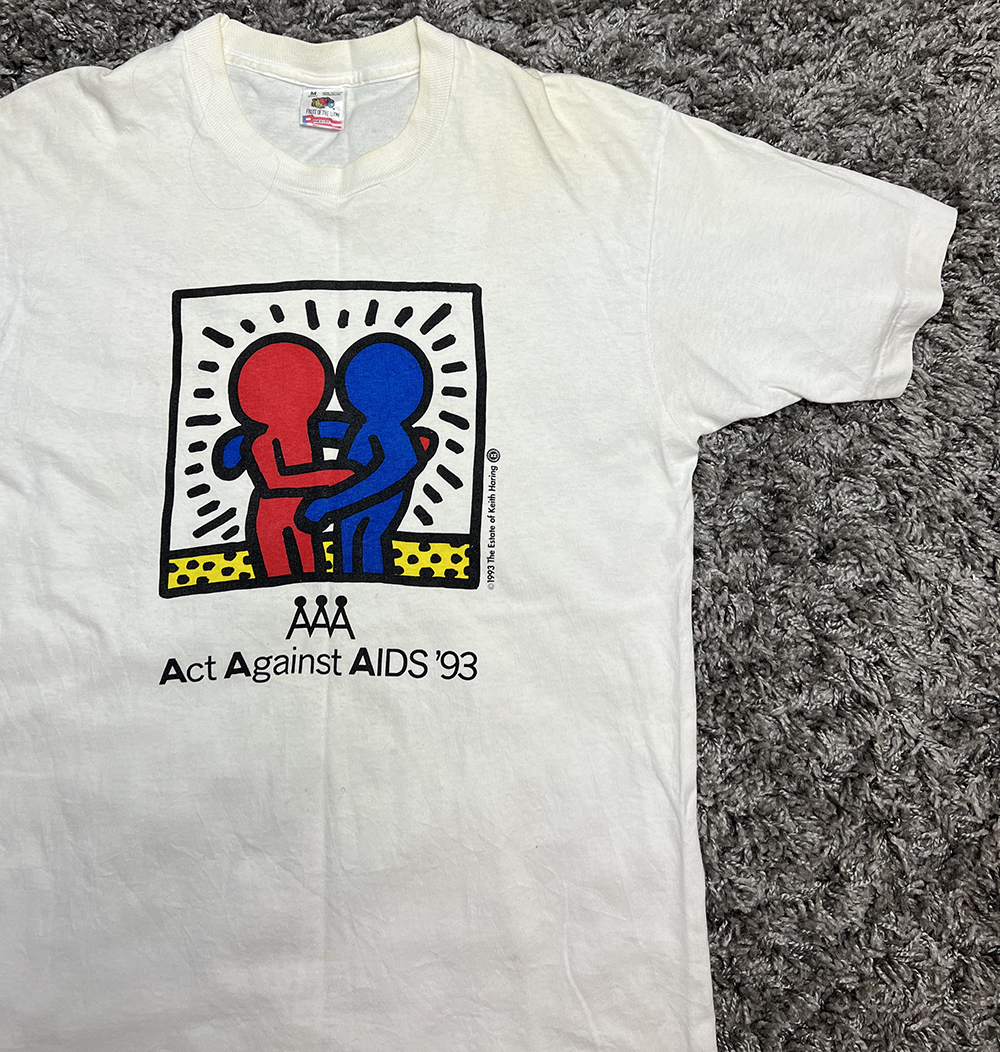 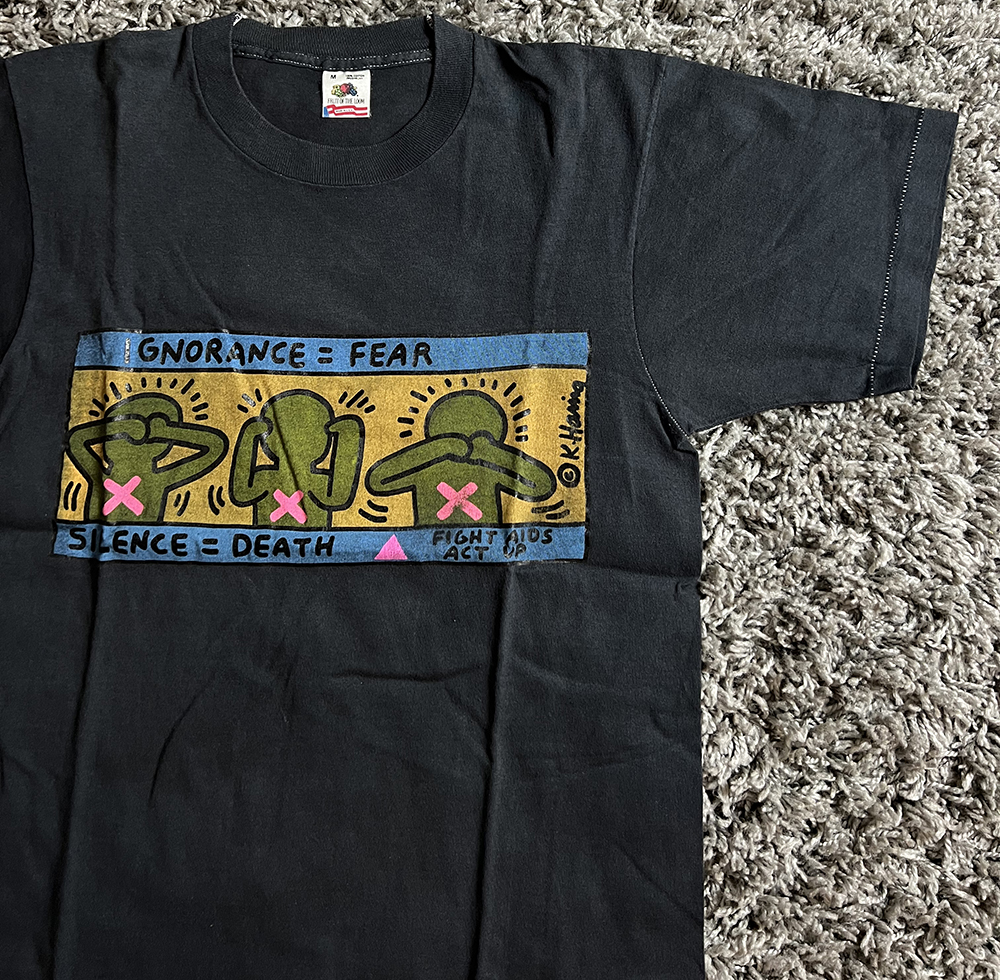 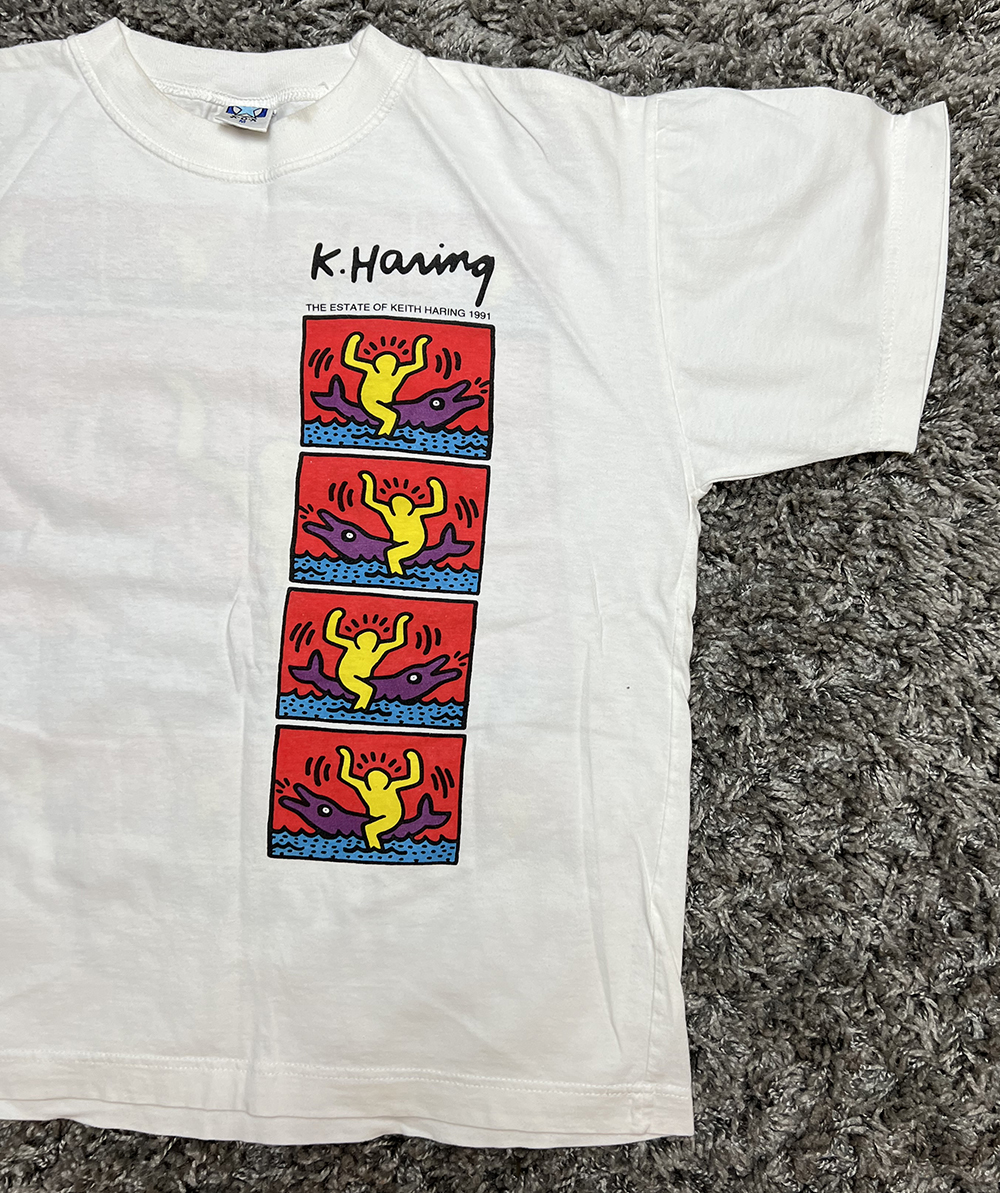 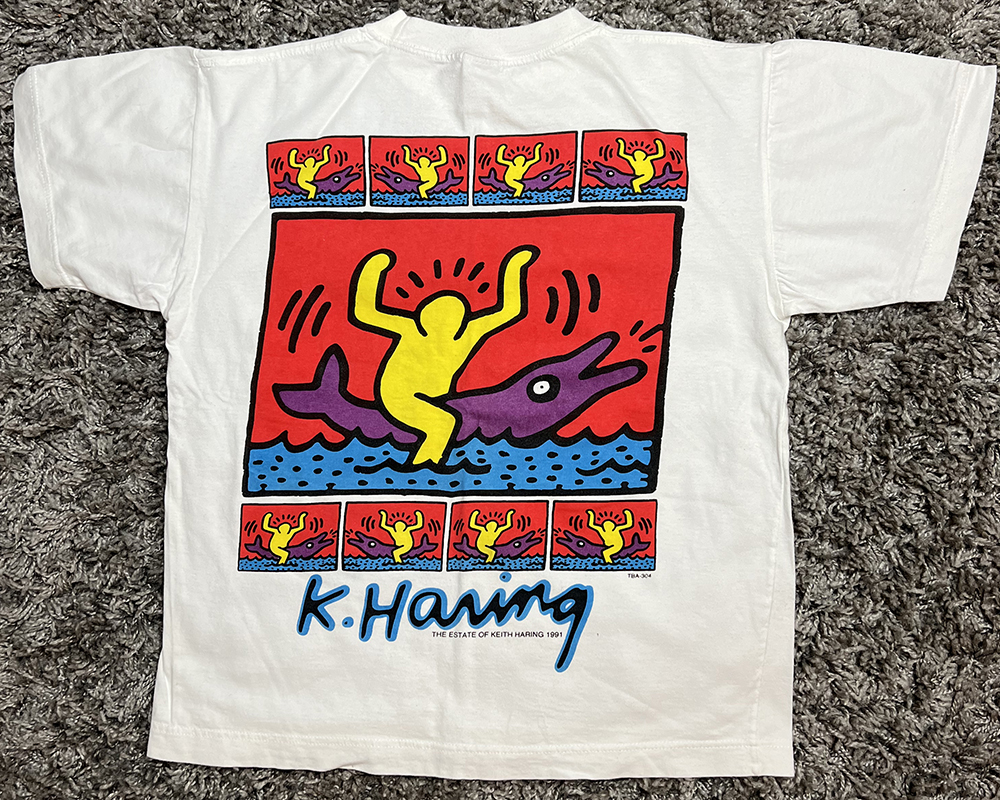 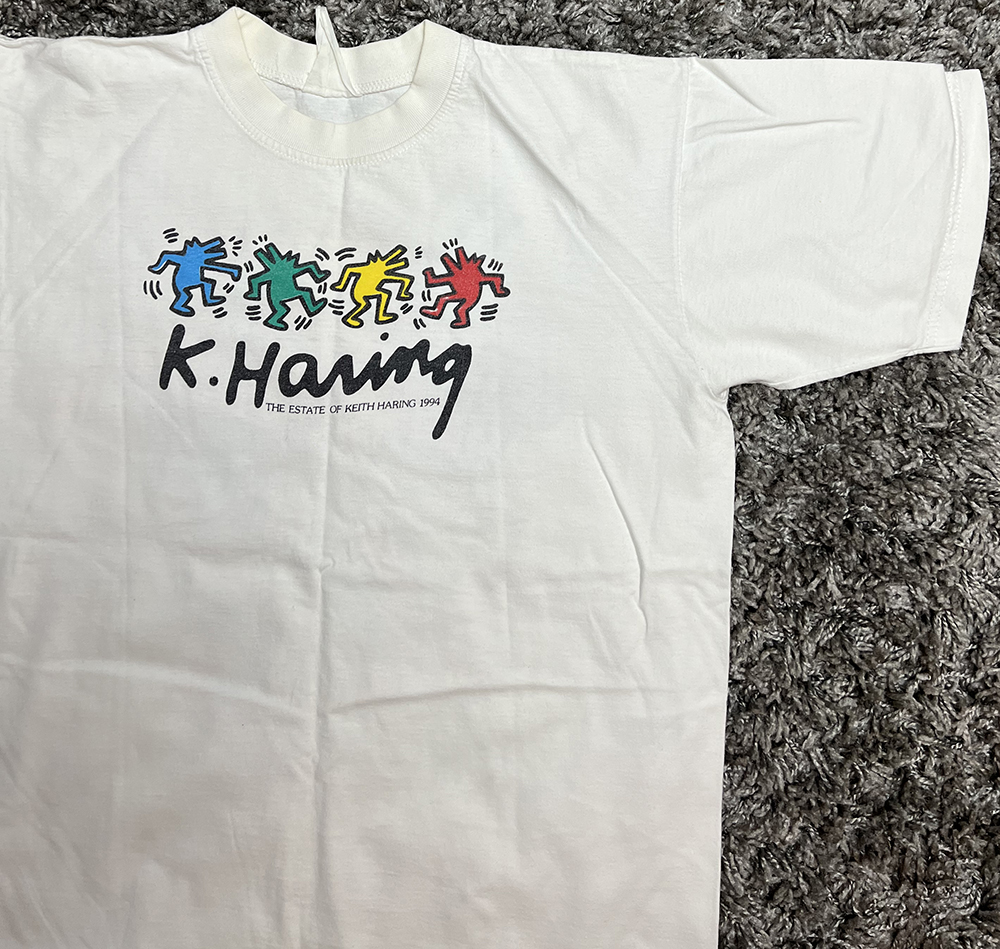 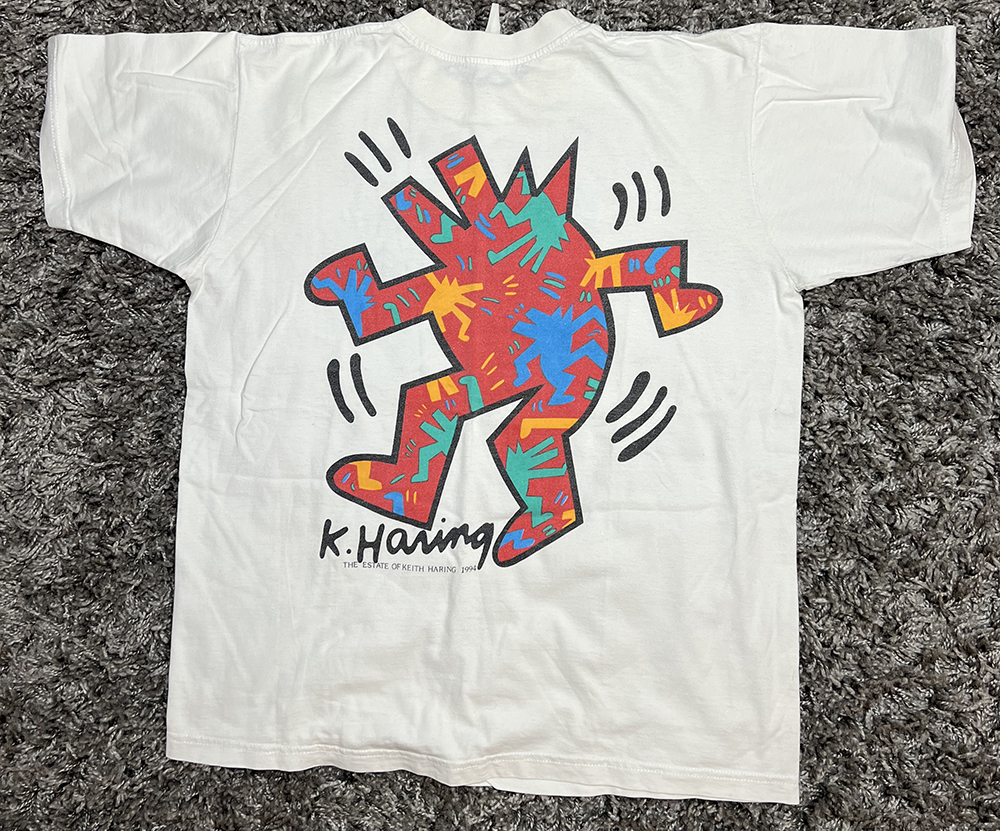 This Guy’s Liquid Blue T-Shirt Collection Is Solid
The History and Timeline of Tee Jays Tag: 1976-2002