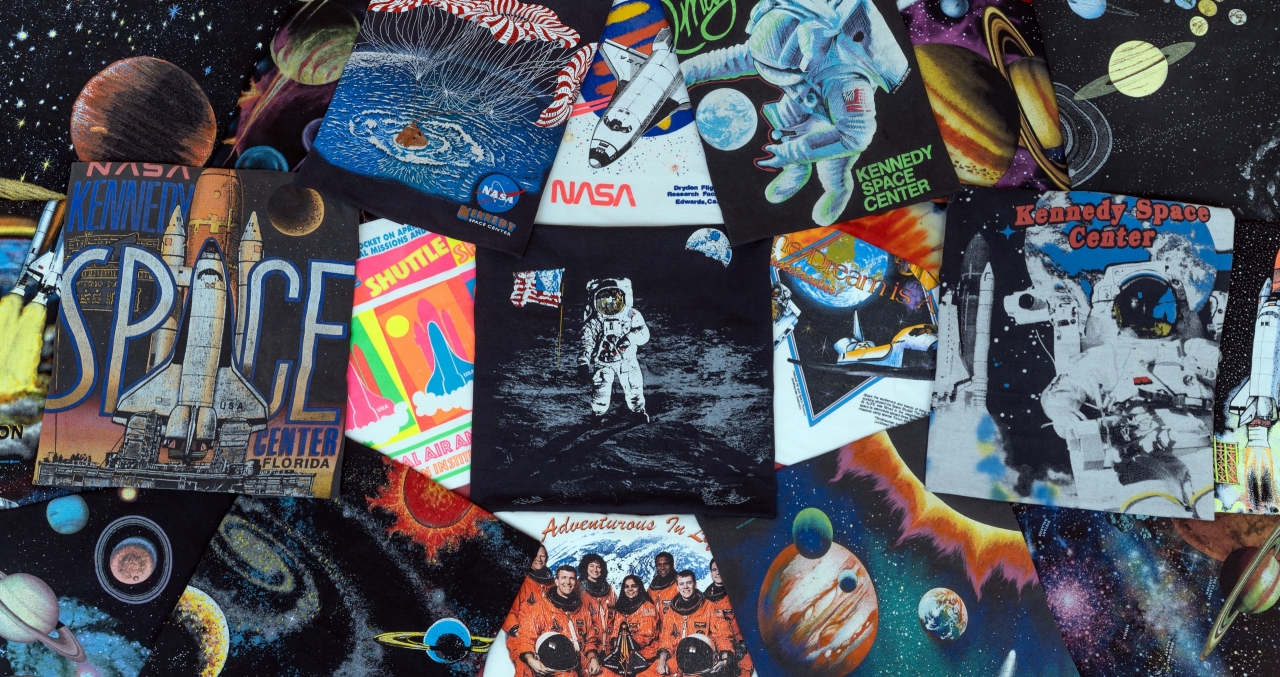 You’re probably familiar with @bodydoublevintage on IG. The man behind the account is known as Taylor Mickal. Taylor is a vintage tee collector who despite being relatively new to the game already owns roughly 400 tees. “Most of my best pieces and knowledge about tees came from @varlago,” he told Defunkd. “I don’t think I’d be where I am without him.”

Taylor operates his own photography business which goes to explain why his IG photos are so stellar. He’s a full-time staff photographer for NASA so you can bet his tee collection is the best in the universe. Taylor hand-picked 11 of them to showcase here, and he’ll be adding to this list as others touch down in his collection. 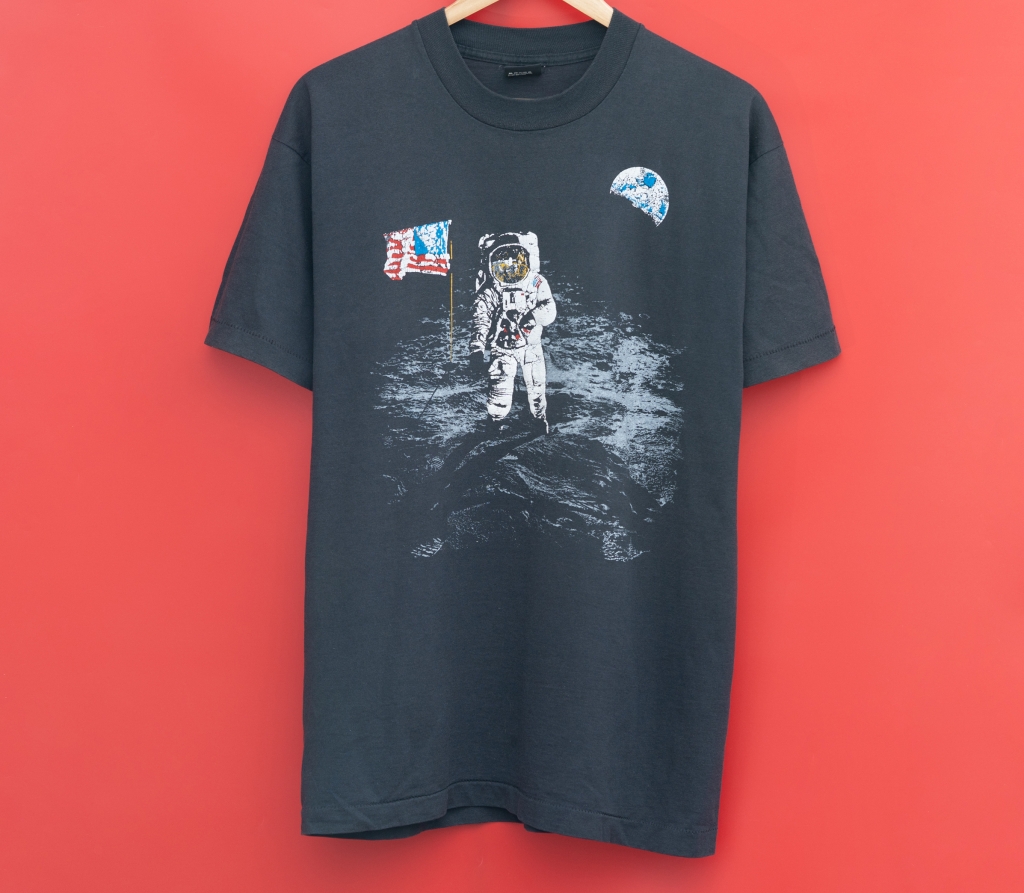 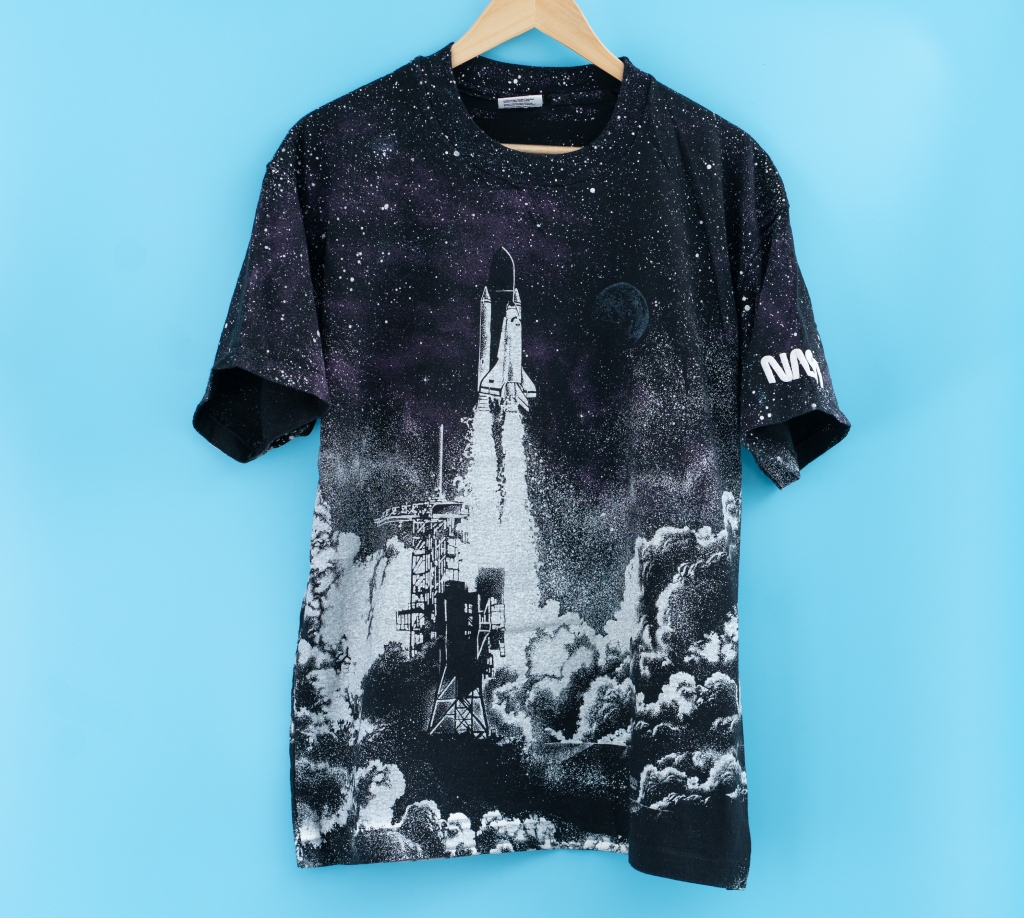 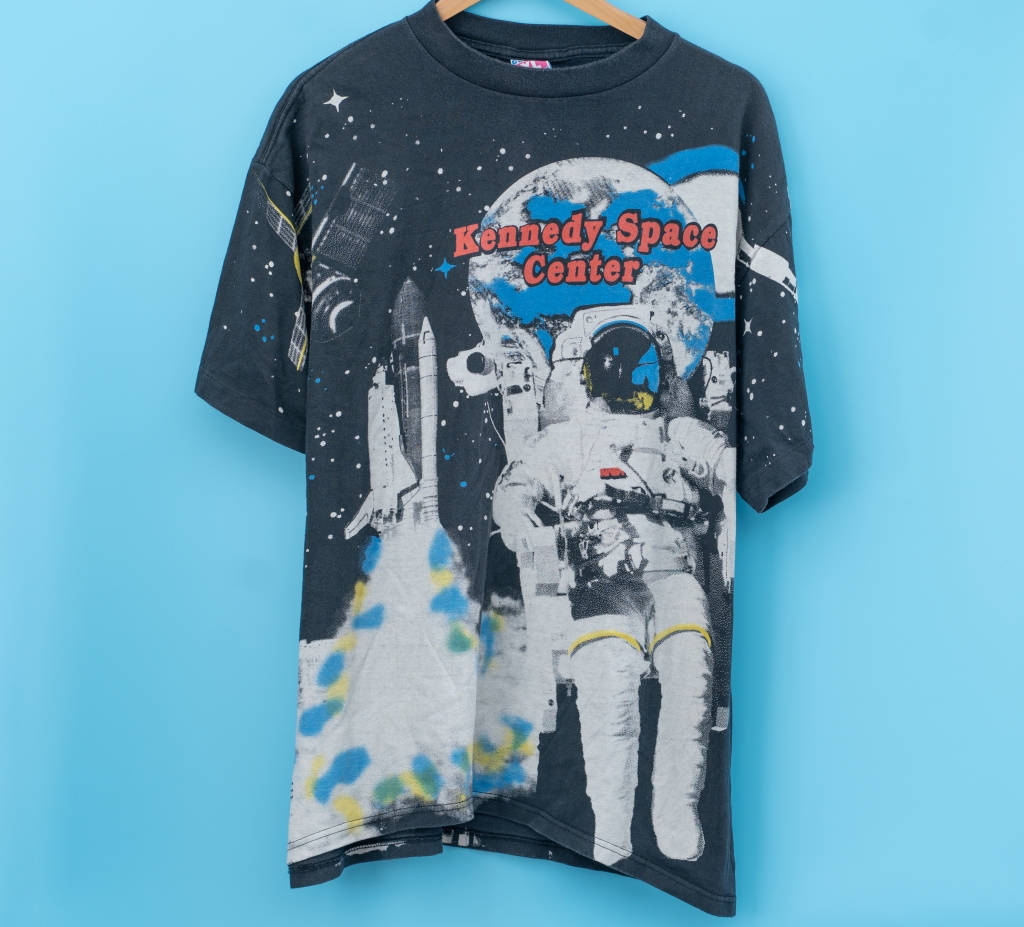 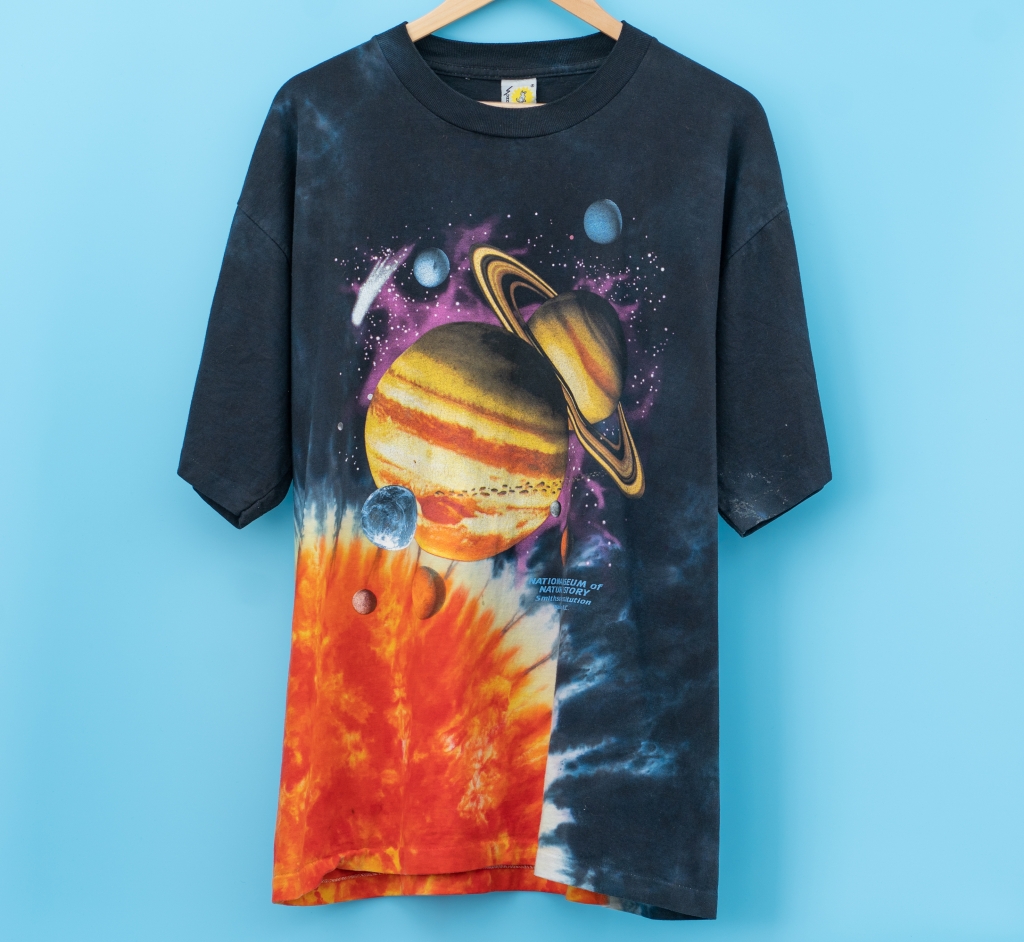 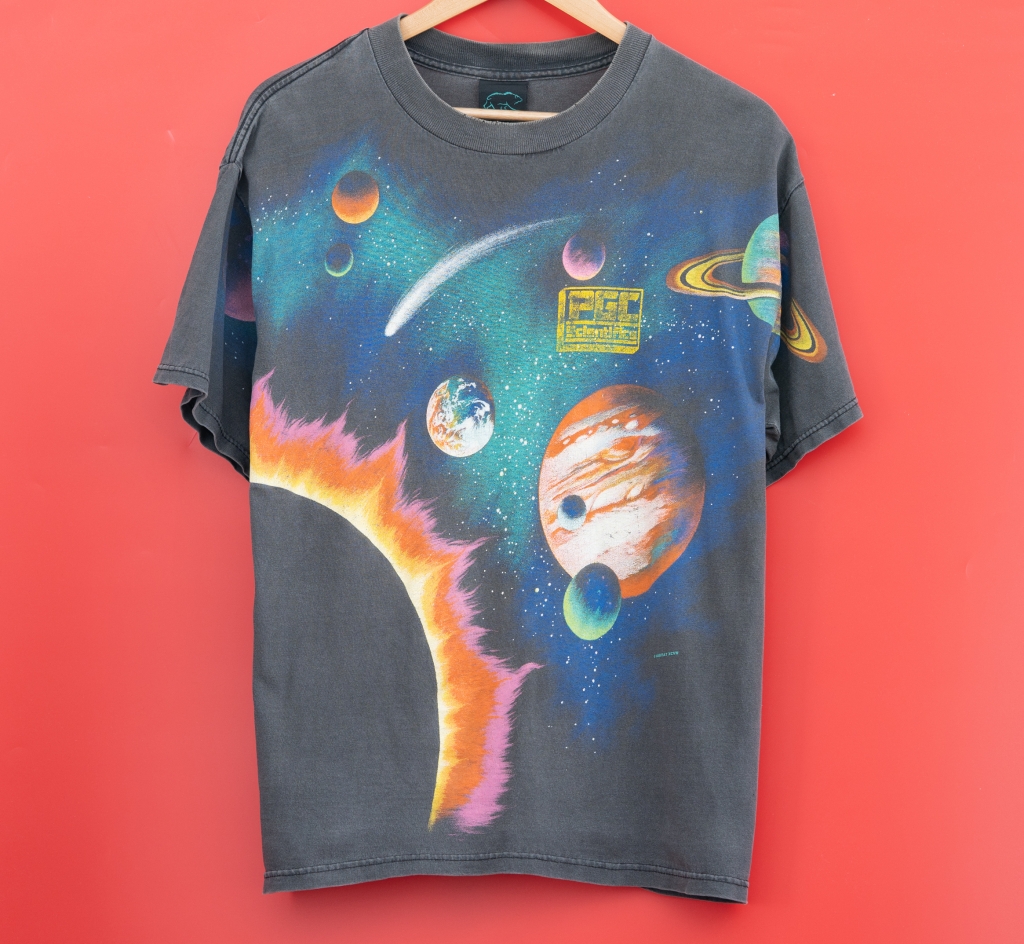 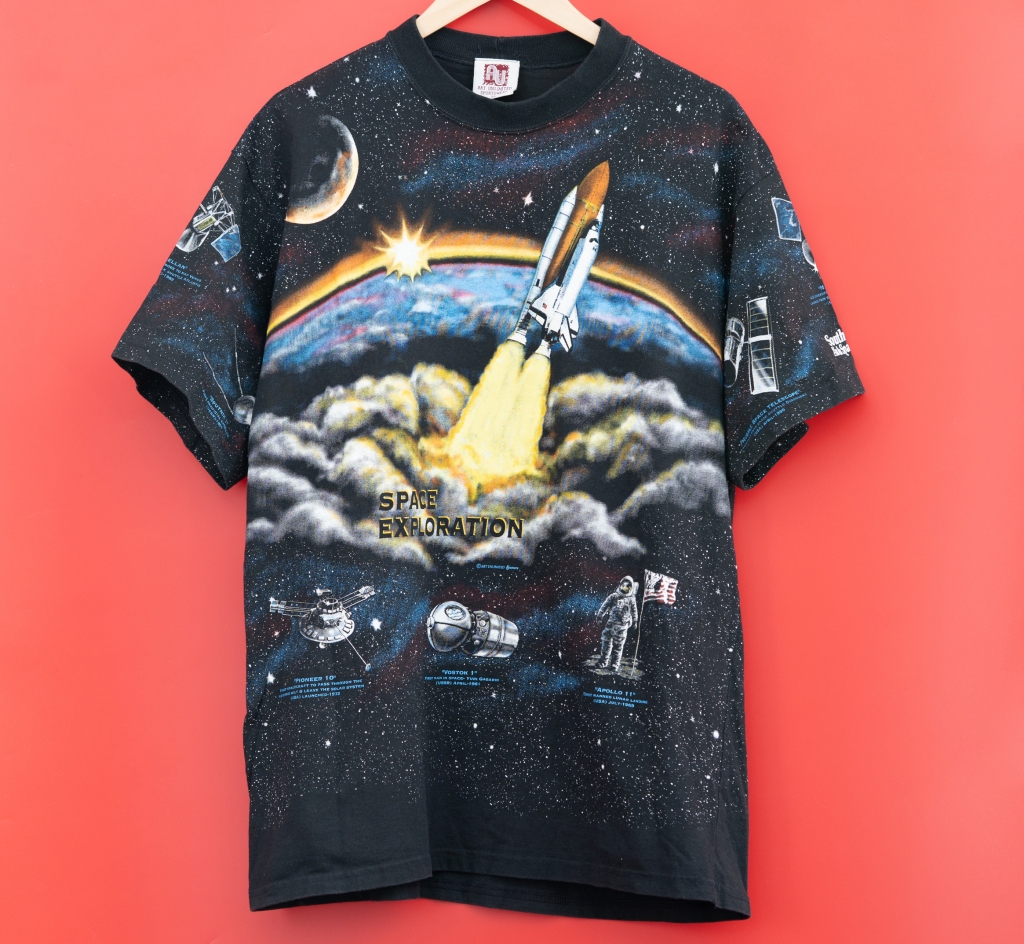 1990s NASA Shuttle Black and White All Over Print T-Shirt 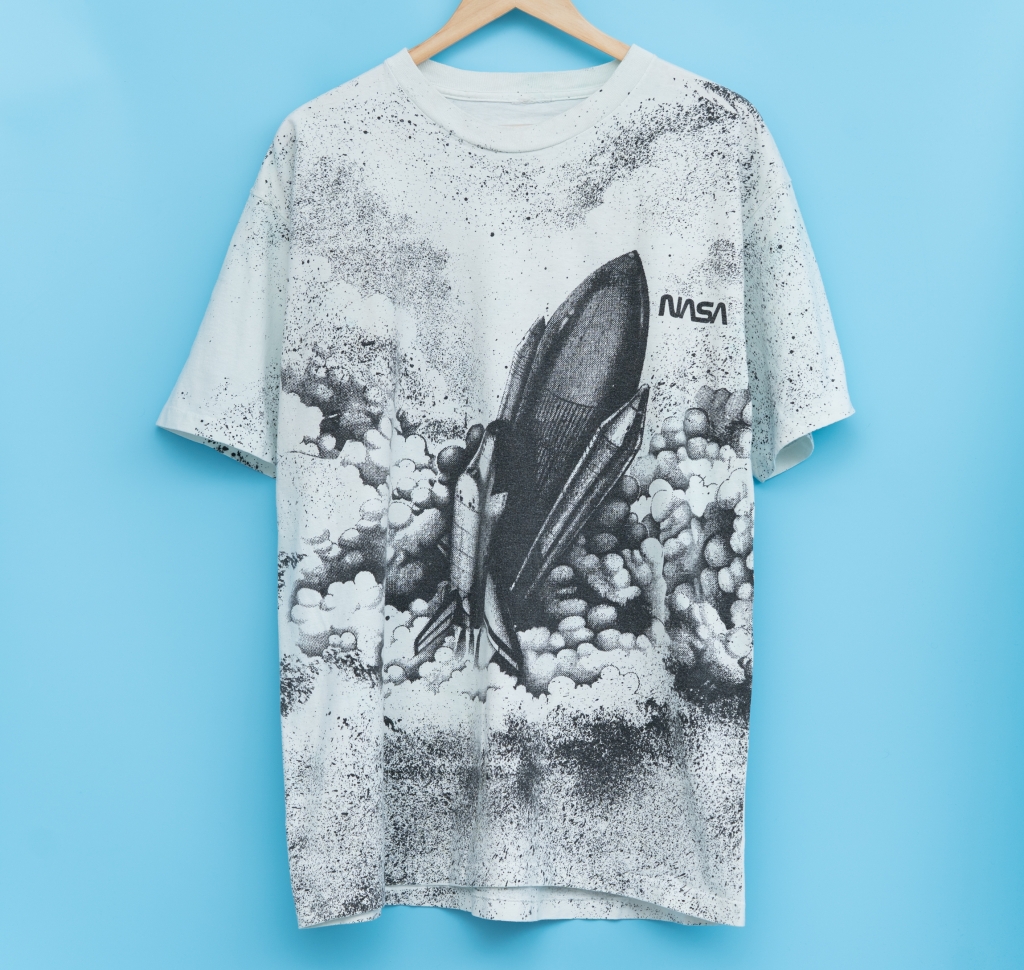 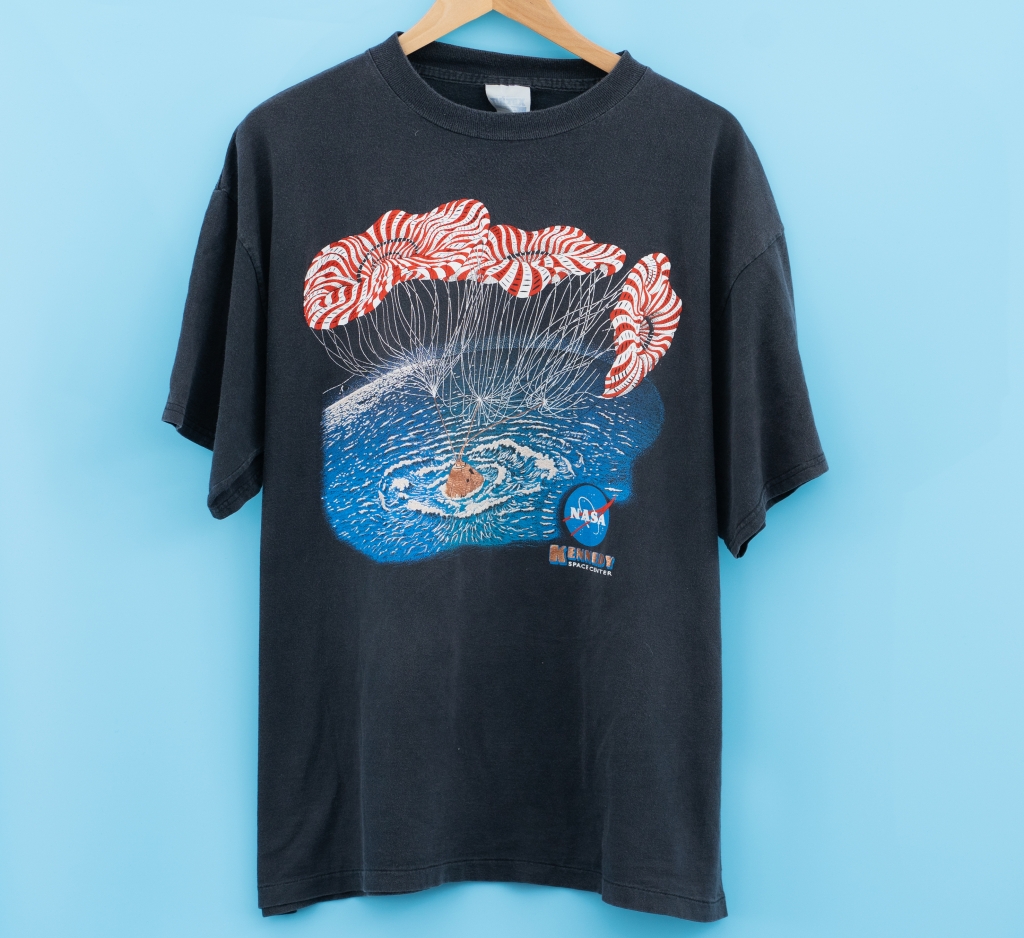 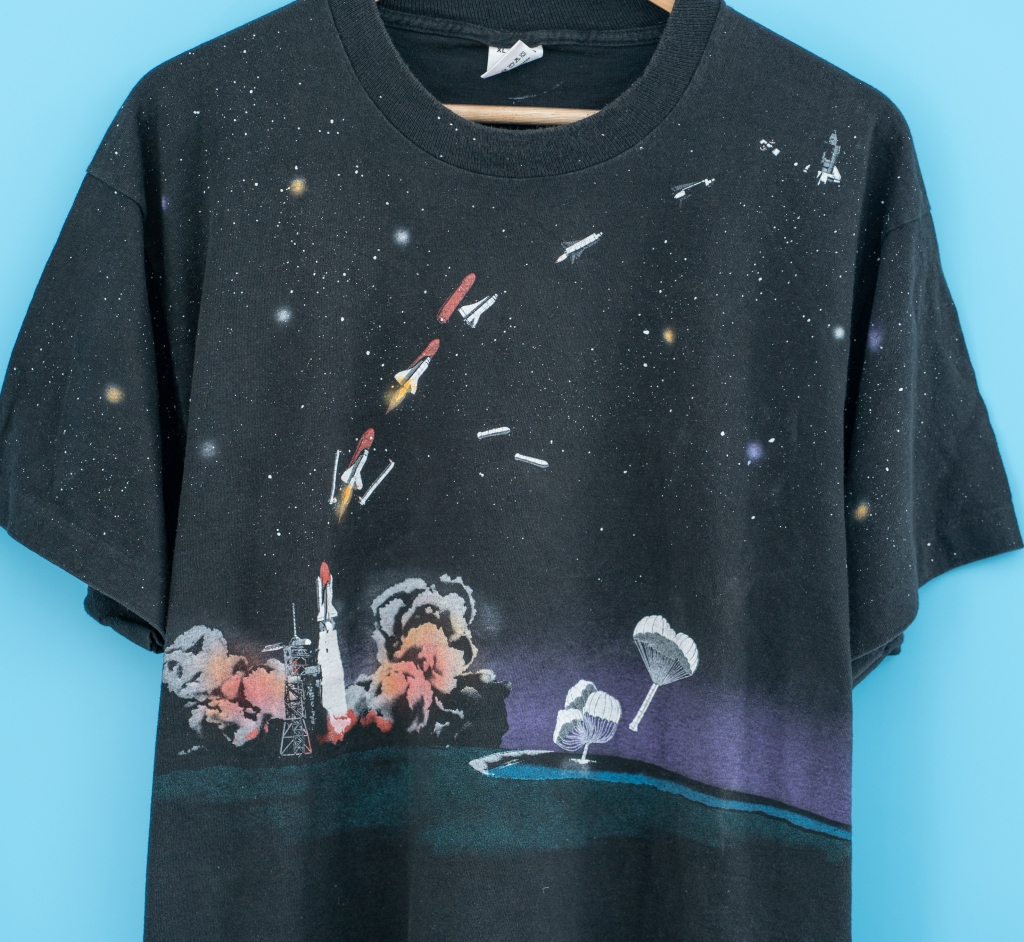 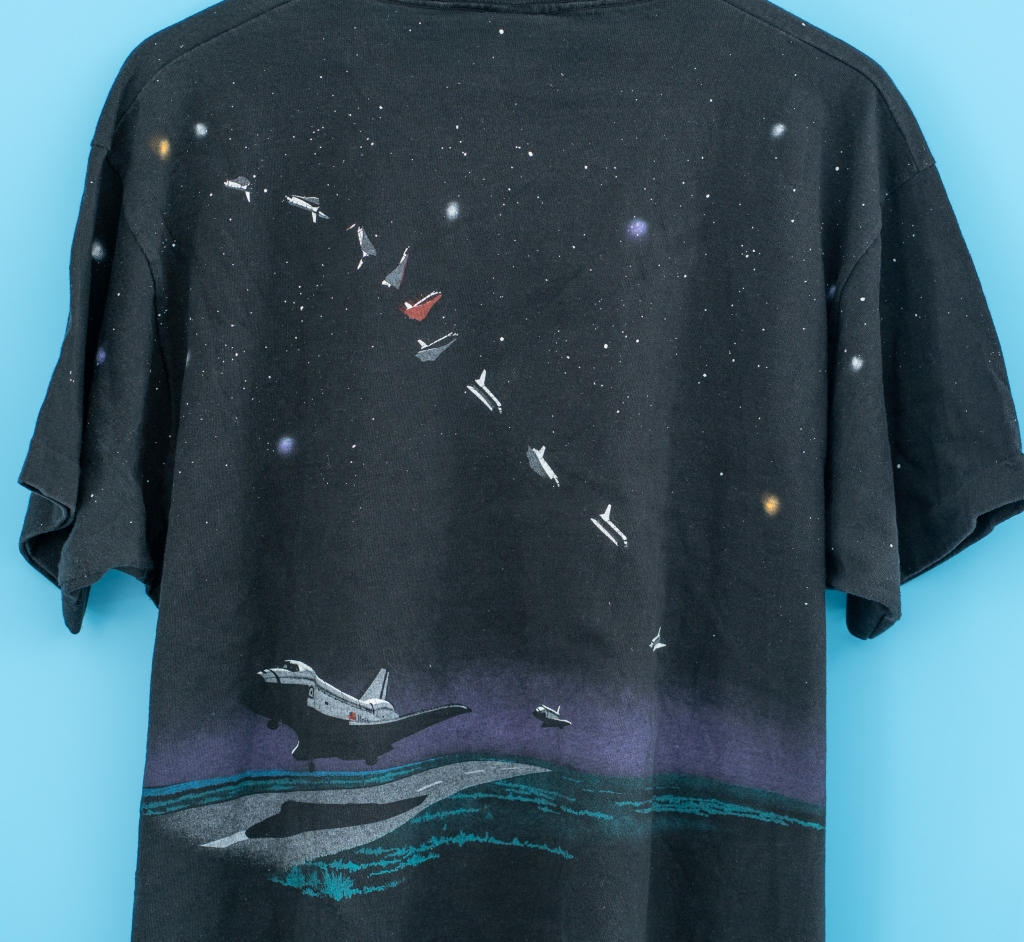 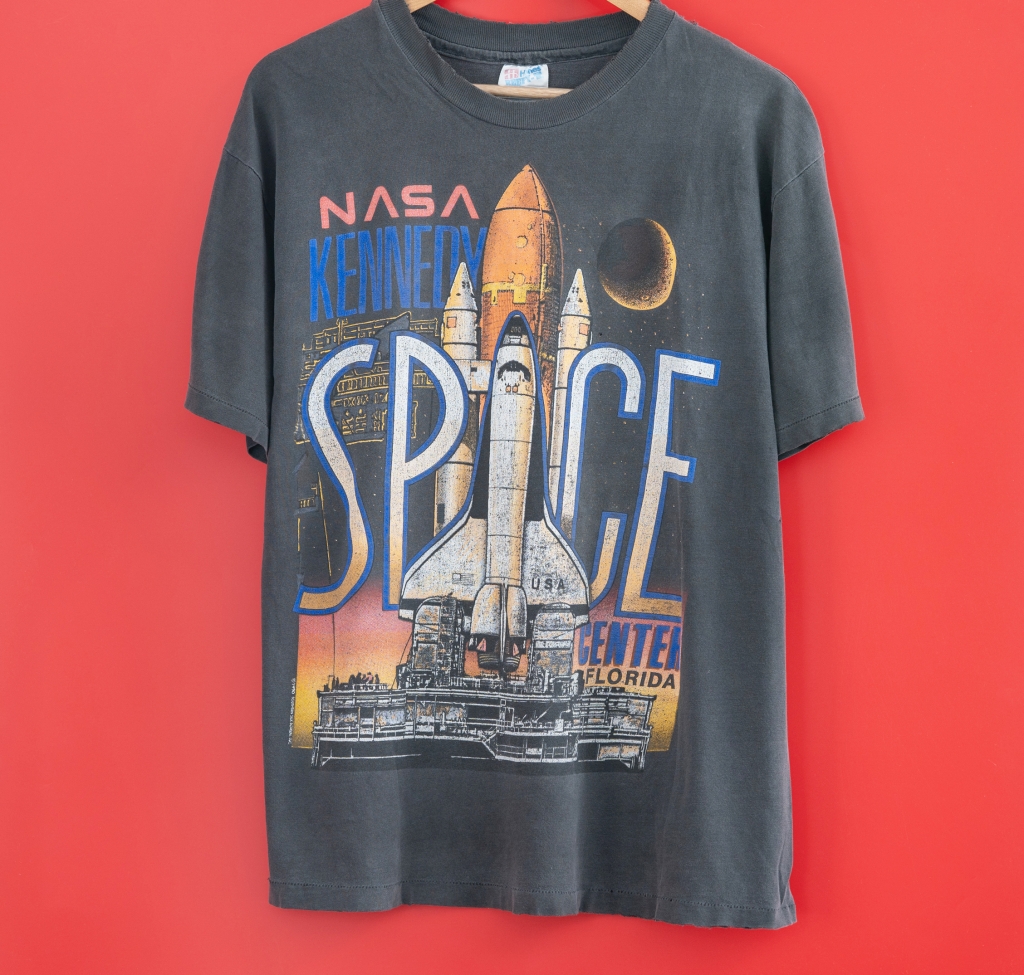 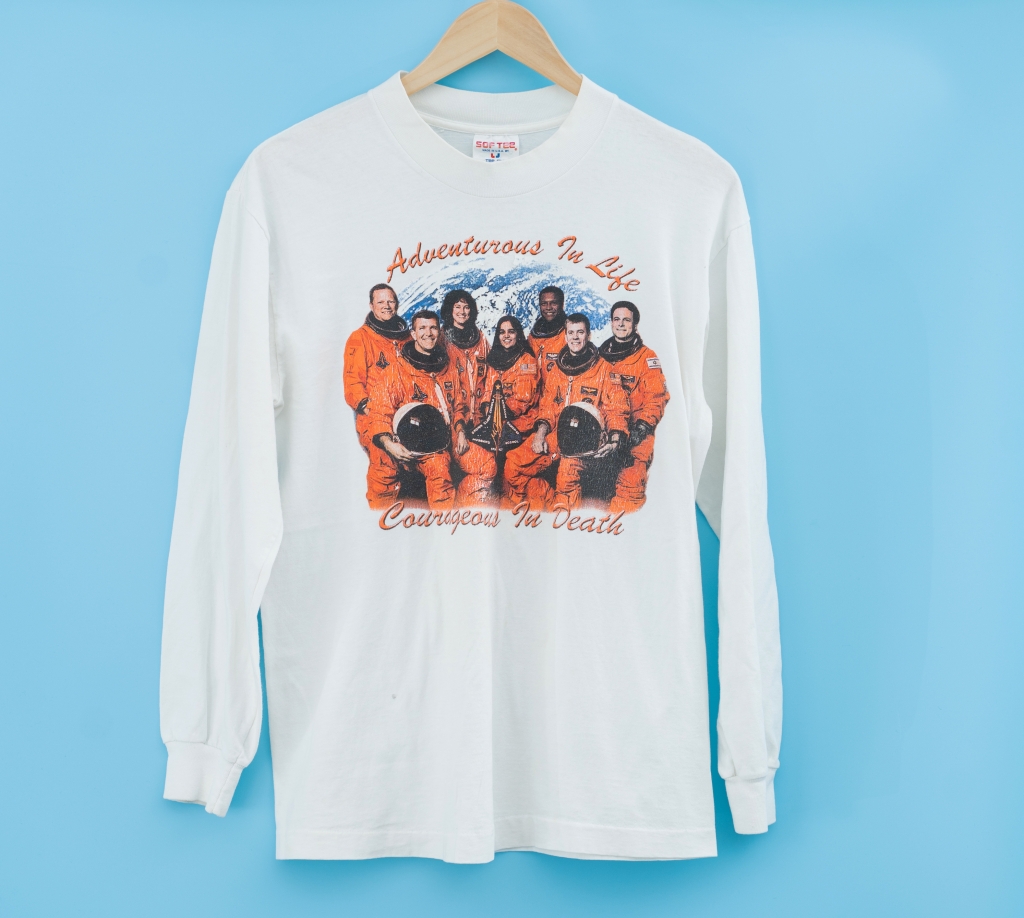 If you or someone you know has a niche collection of vintage t-shirts that deserve to be showcased, please get in touch with us here.