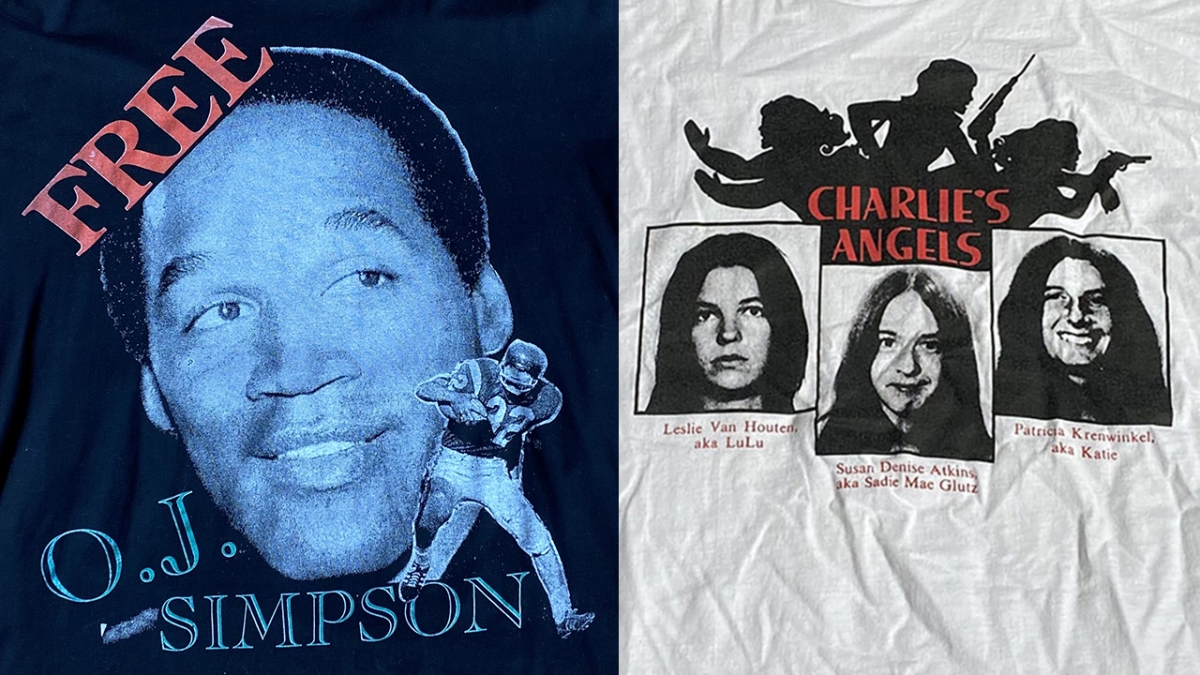 The vintage t-shirt enthusiast behind @redrumretro on IG actually moonlights as an assistant manager in a sneaker store, but he assures us his mind is on t-shirts 110% of the time. He owns hundreds of vintage t-shirts but there are about 60 you’d have to pry from his cold dead hands. Most of those are Type O Negative tees and controversial ones that feature murderers, killers, cults, and other unpleasantries.

“As soon as I saw my first Charles Manson shirt, I believe I saw Axl Rose rocking one in an old photo and I was like well fuck, I need me that,” Bailey told Defunkd. “I’ve always been into the macabre and true crime and the fact these shirts were made at one point and sold within the public eye just blows my mind still to this day.” And there’s plenty of offensive stuff that just doesn’t sit well with him, “Anything pro-nazi is a no-go for me. I’ve seen some horrendous shirts pop up and I’ve thought to myself that’s crazy but just doesn’t align with my beliefs and is just too much. Nazi Punks can Fuck Off,” he said.

Serial killers and vintage t-shirt collectors are similar in that they both experience extreme grief over ‘the ones that got away.’ Redrum once passed on a John Wayne Gacy tee. “It had the date of his death and a photo of him on the front and said in big bold letters ‘Pogo Is Dead’. I still get pissed off I passed on that so I guess I could class that as a grail,” he said. “An original Ted Bundy parking lot tee would be dope too.” 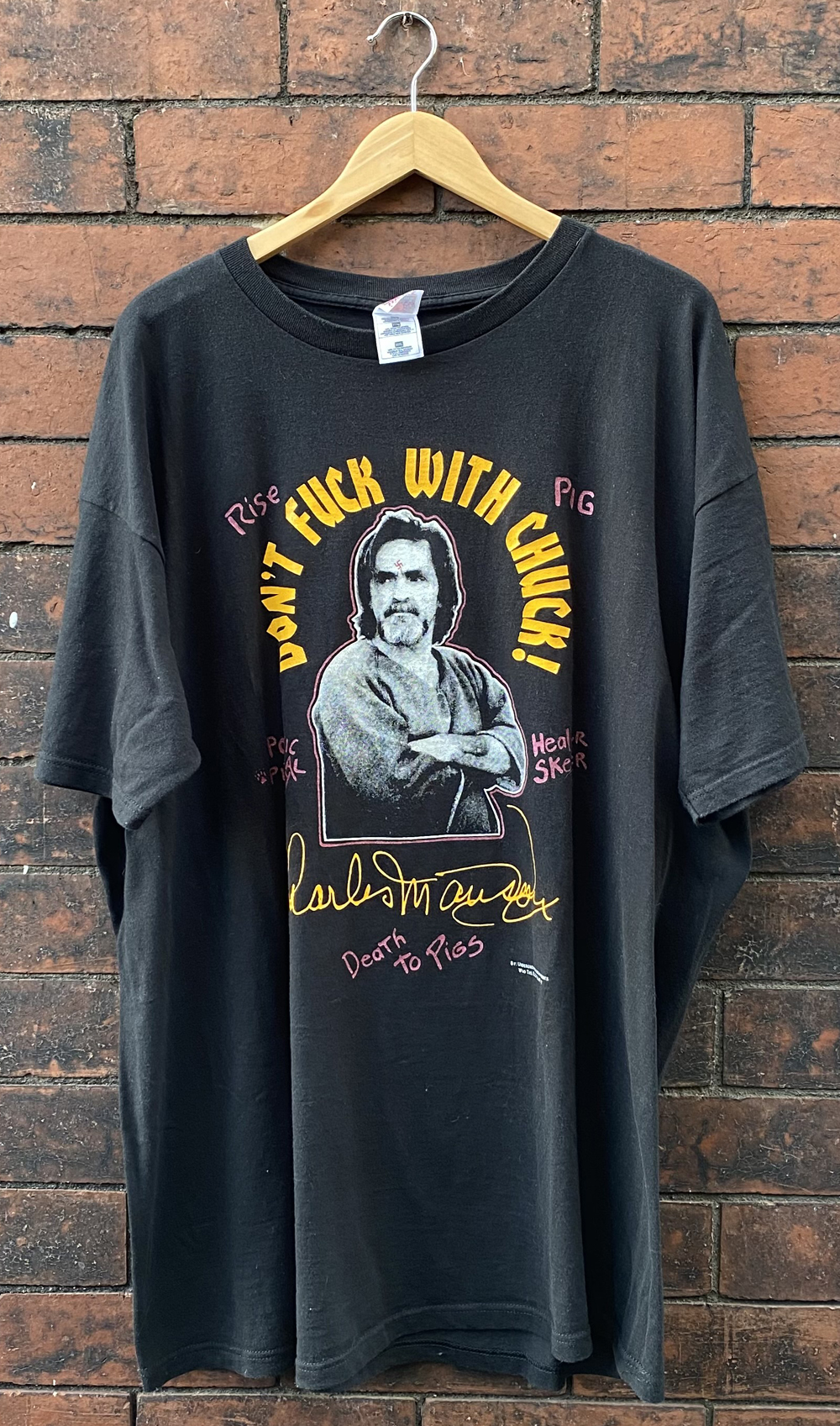 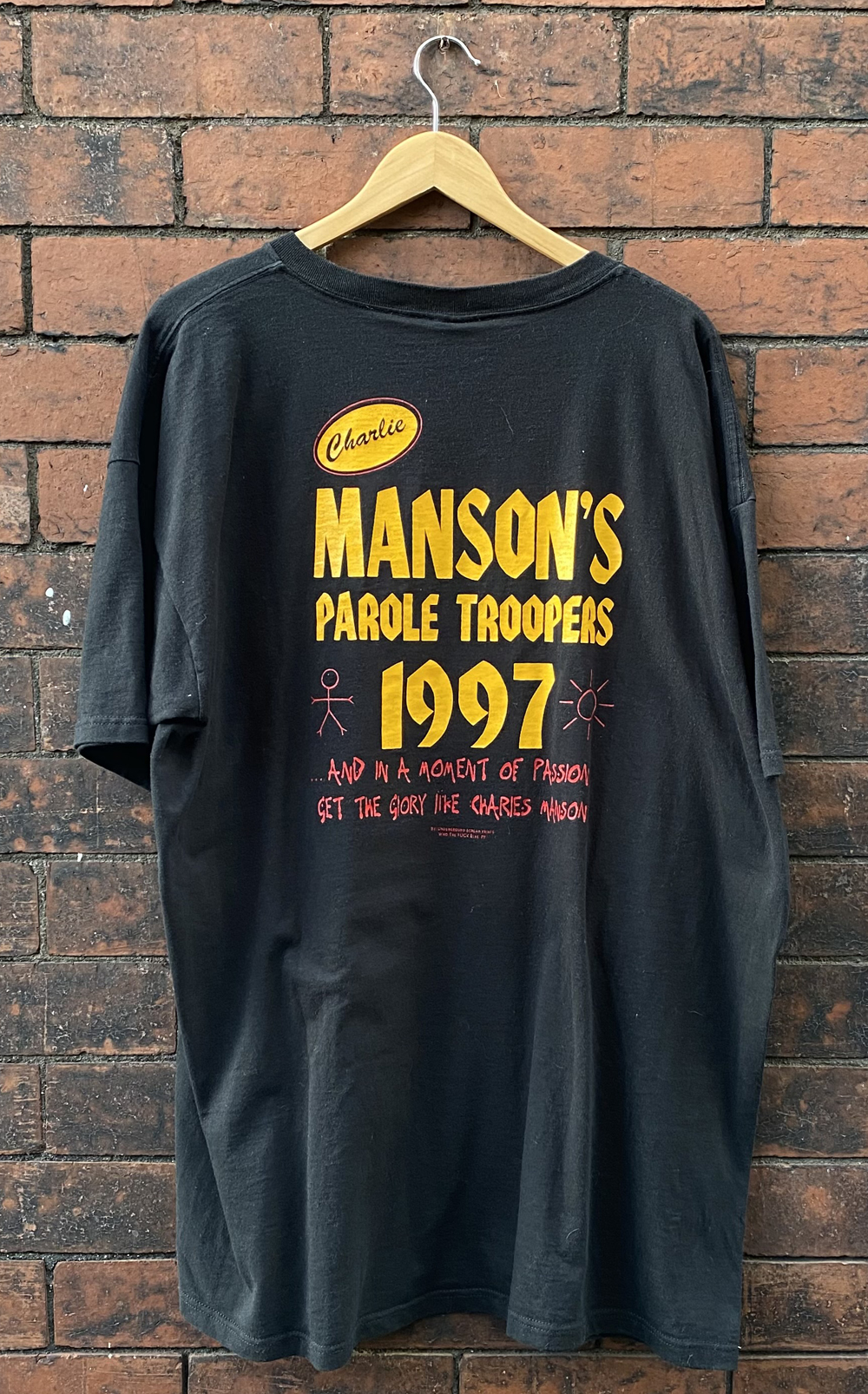 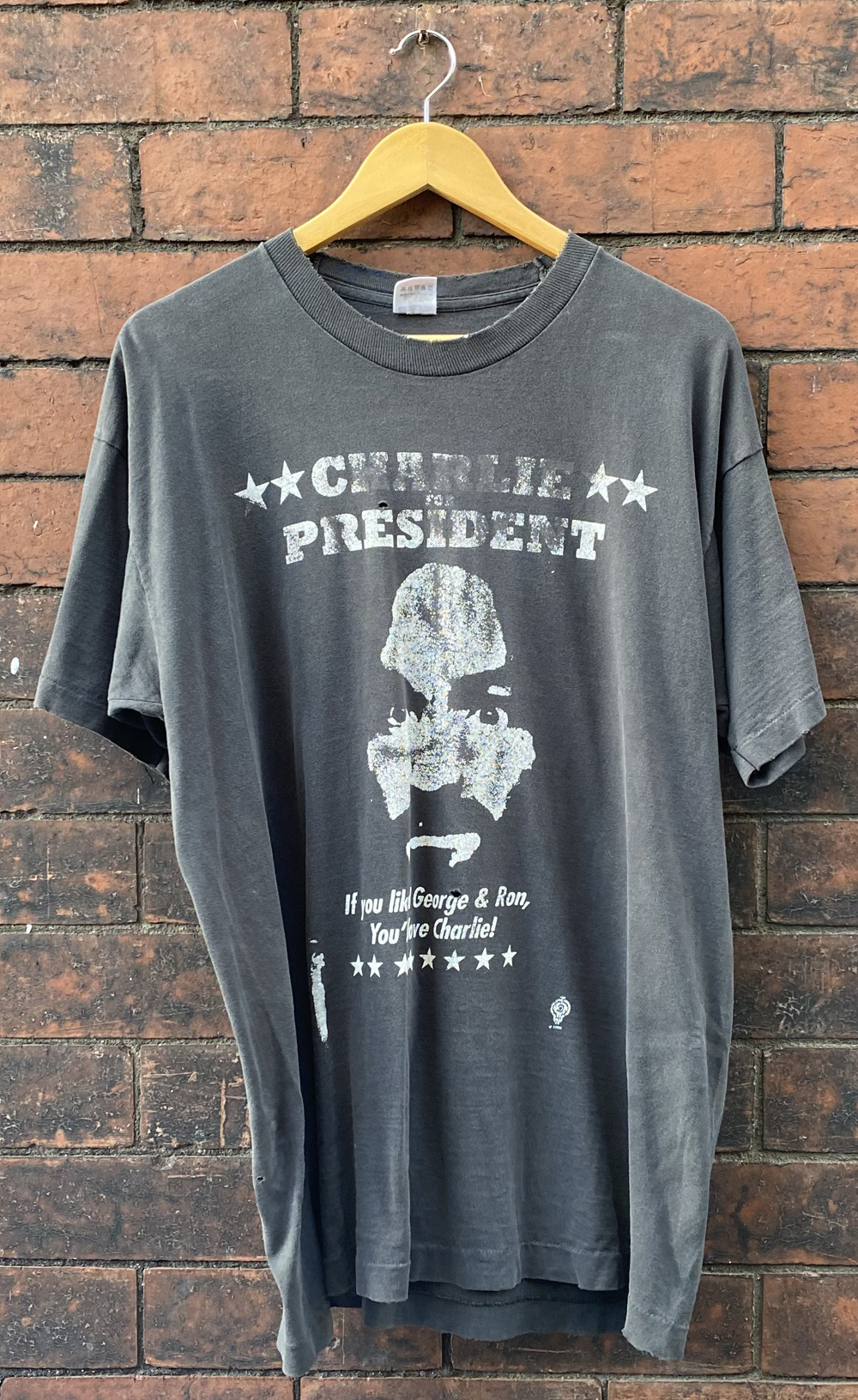 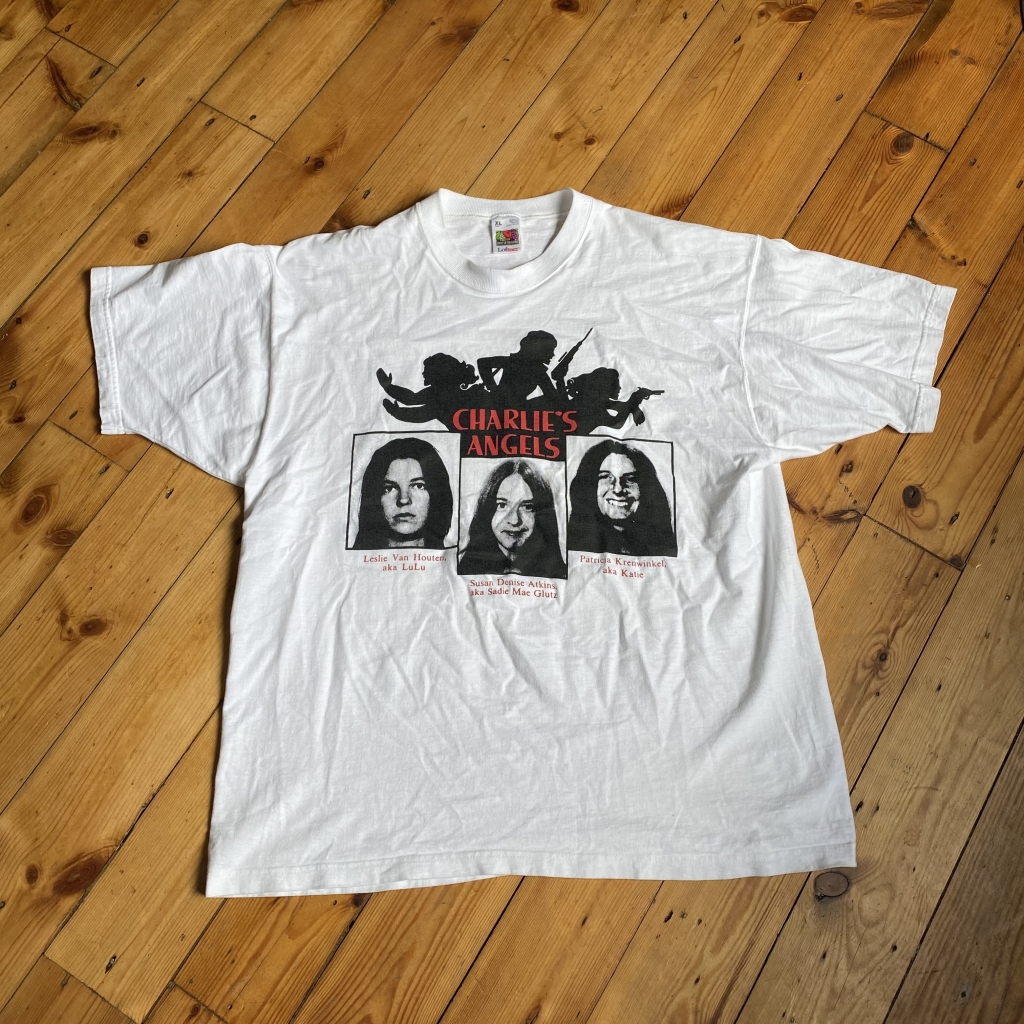 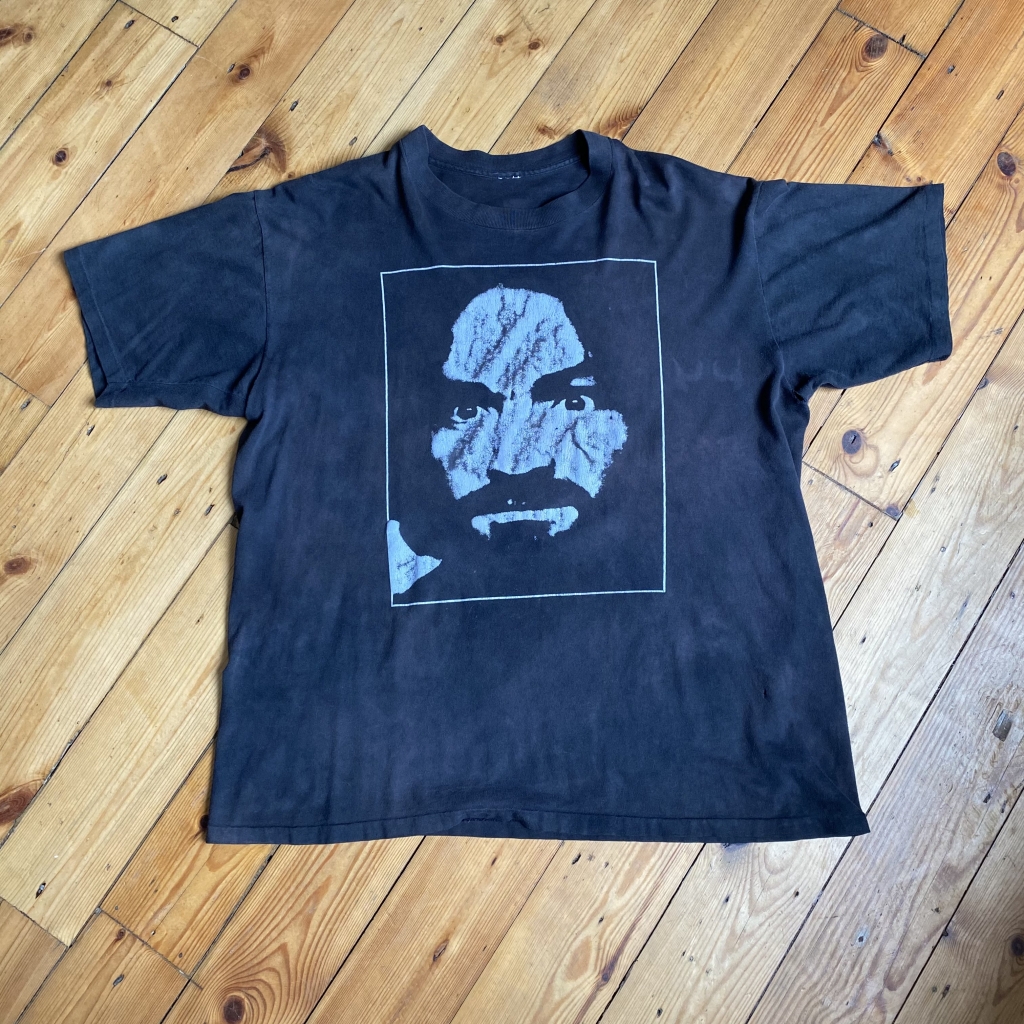 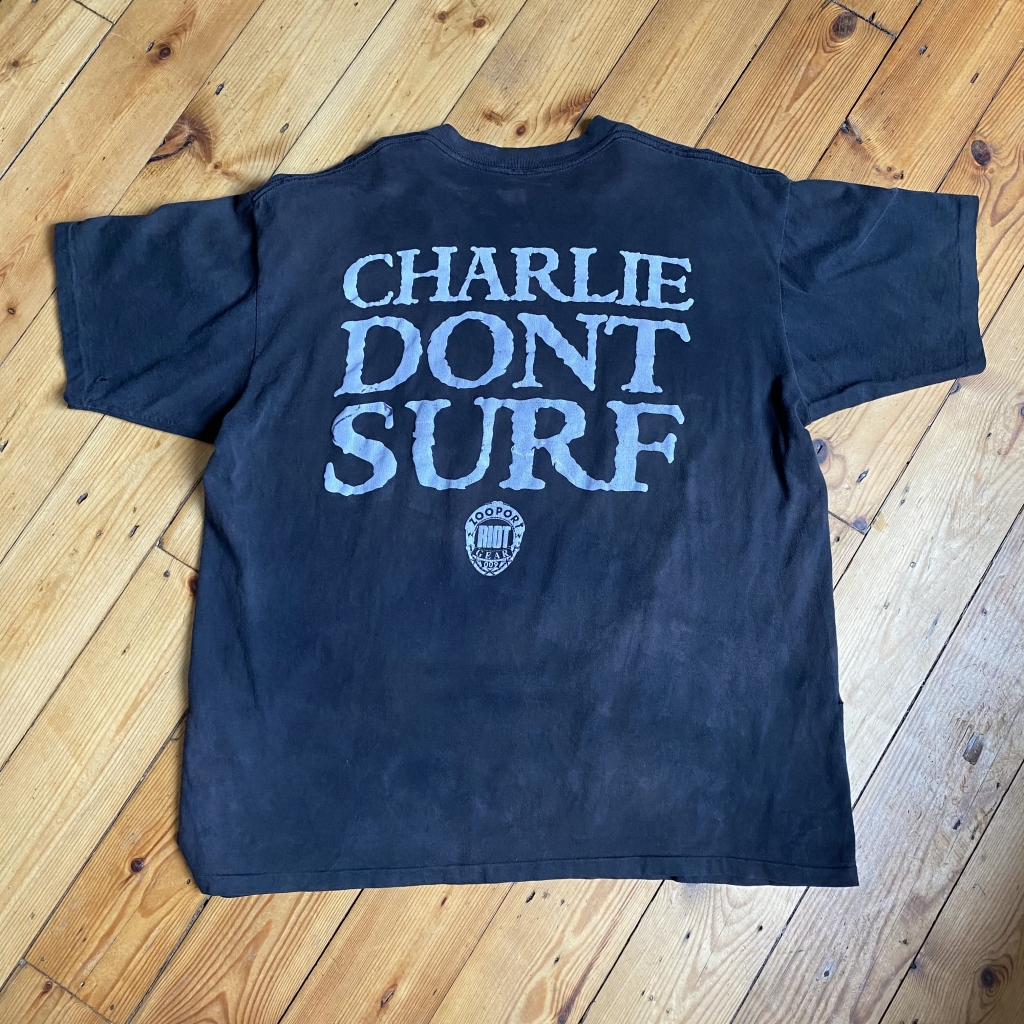 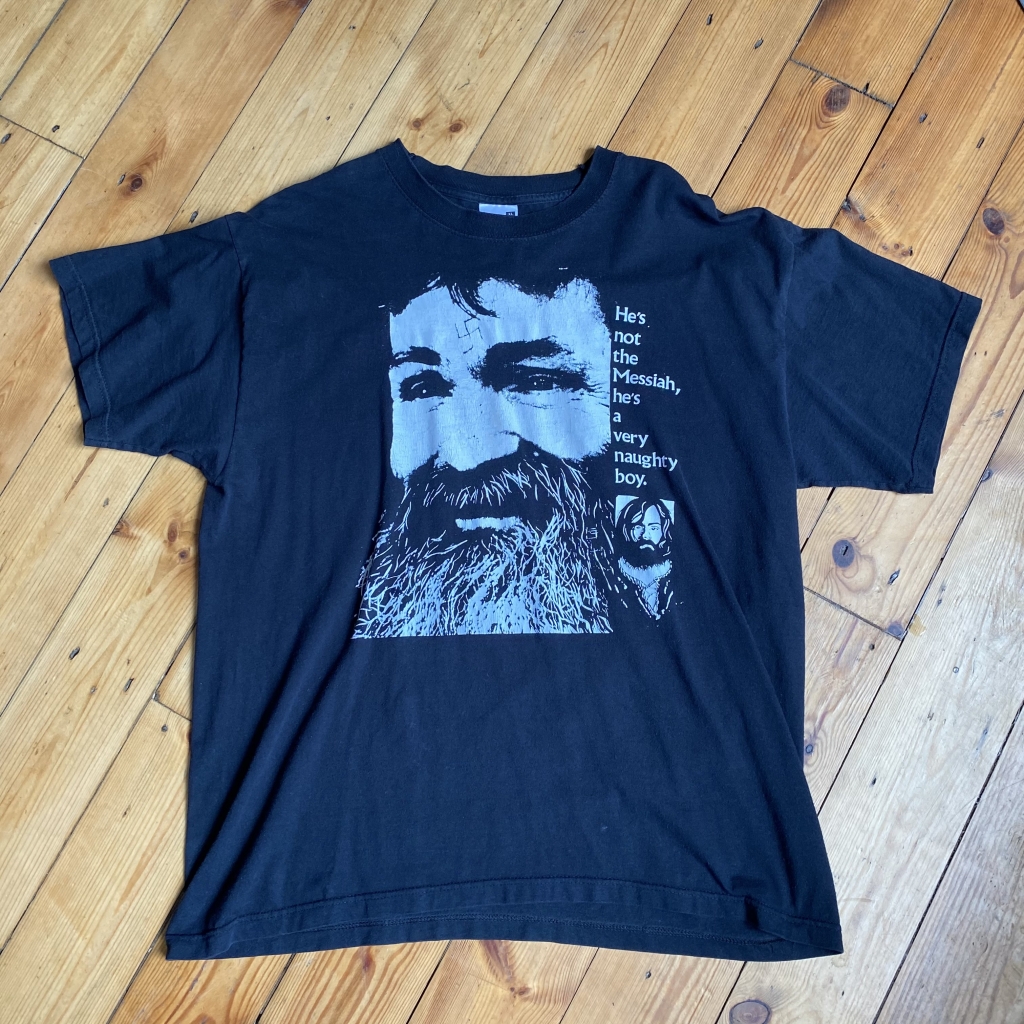 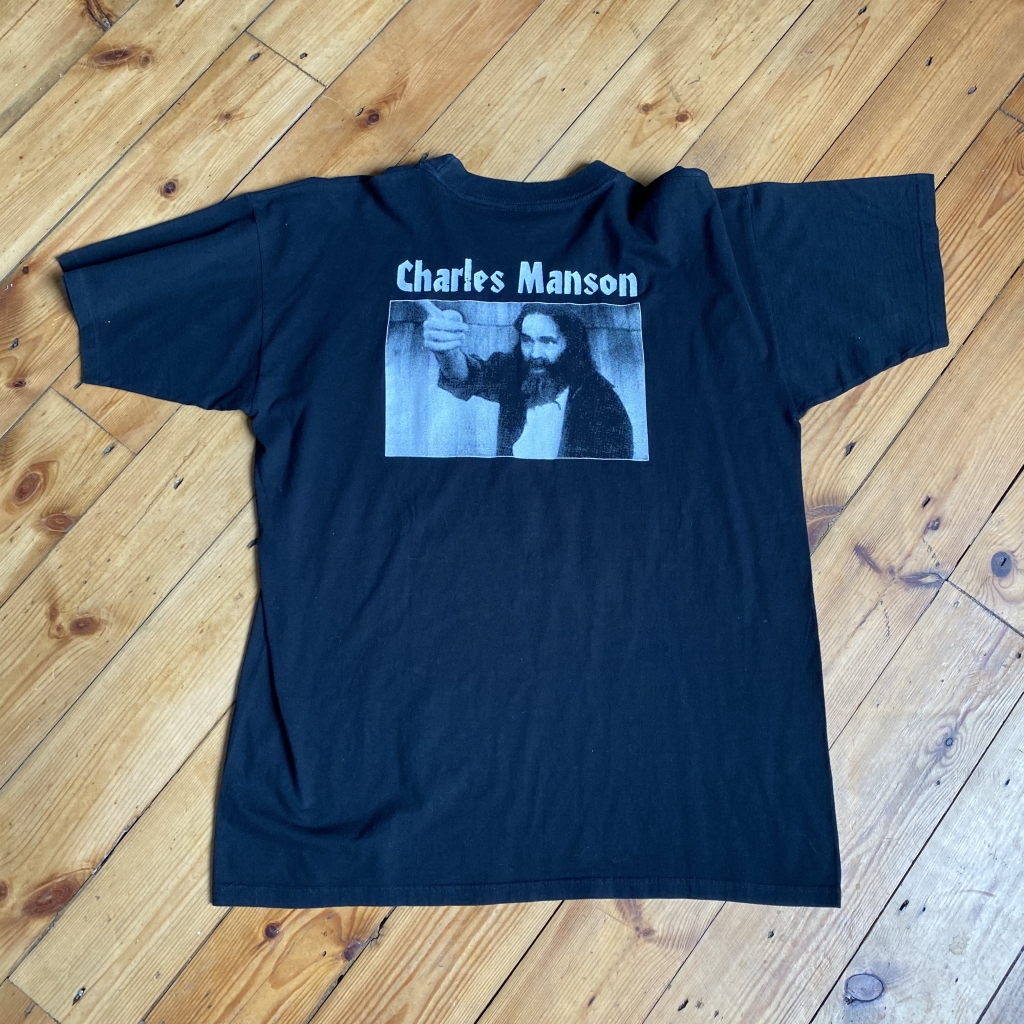 Vintage 2000s What Would Charlie Do? T-Shirt 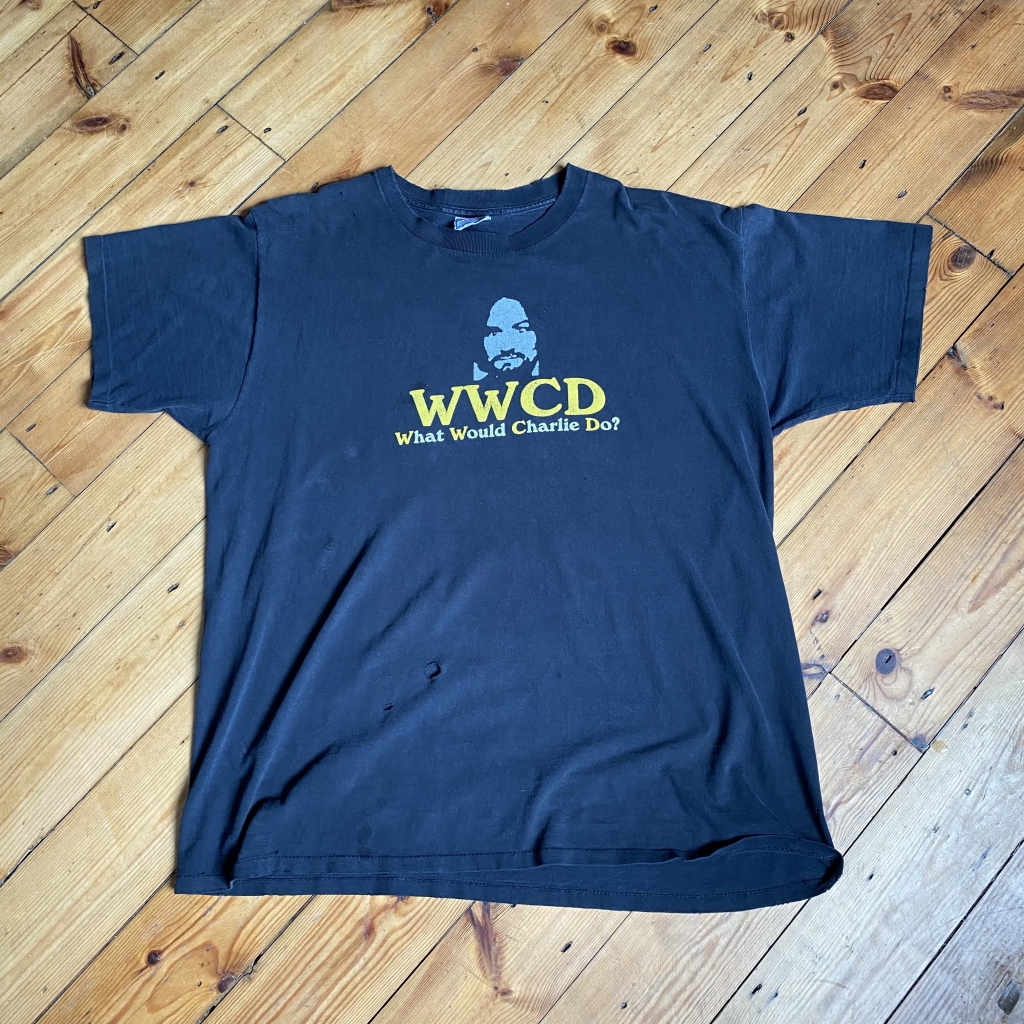 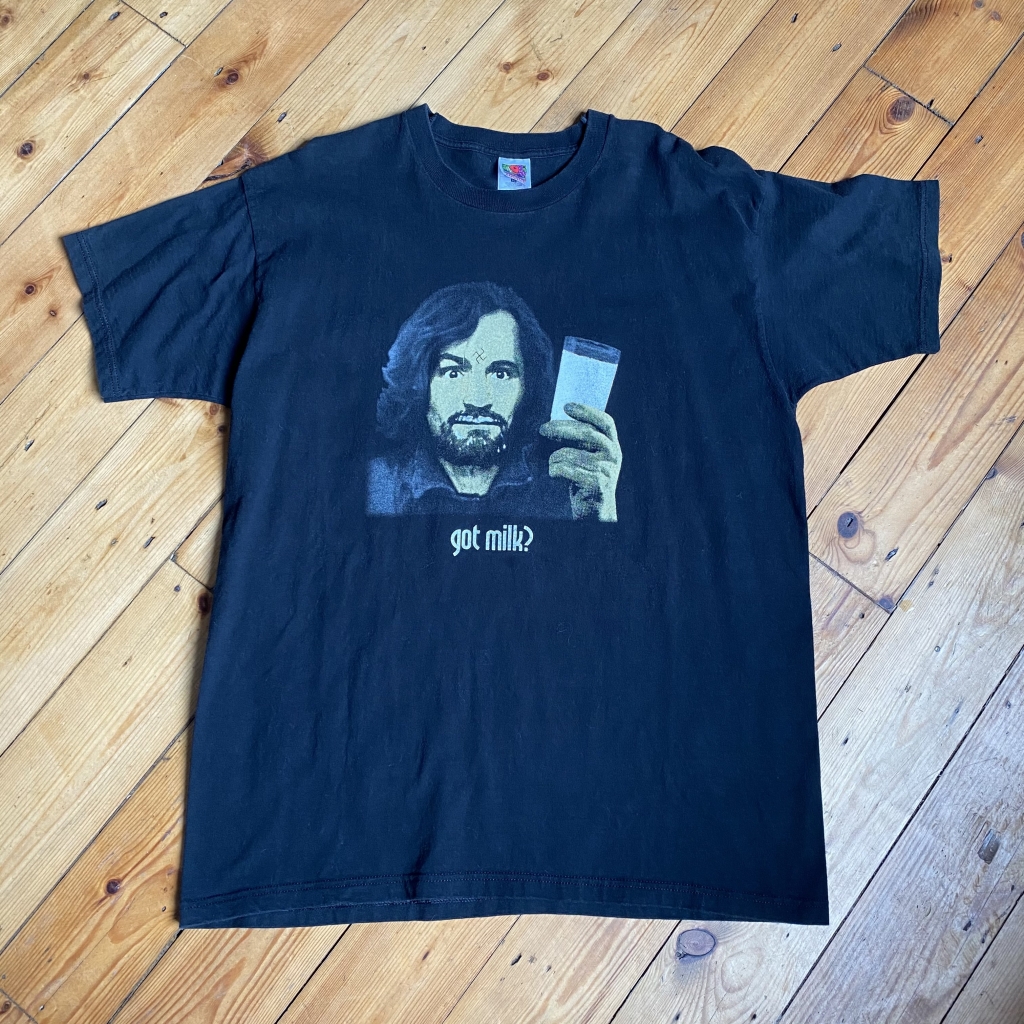 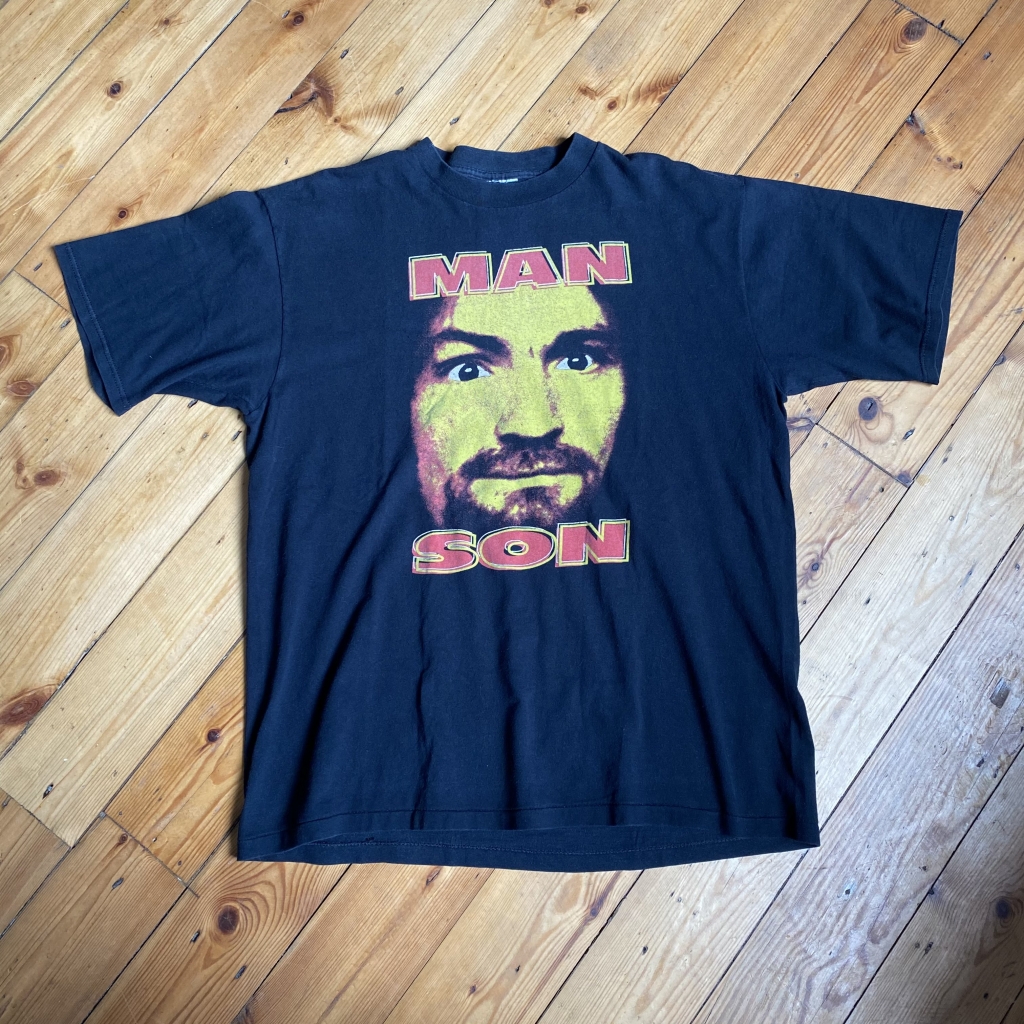 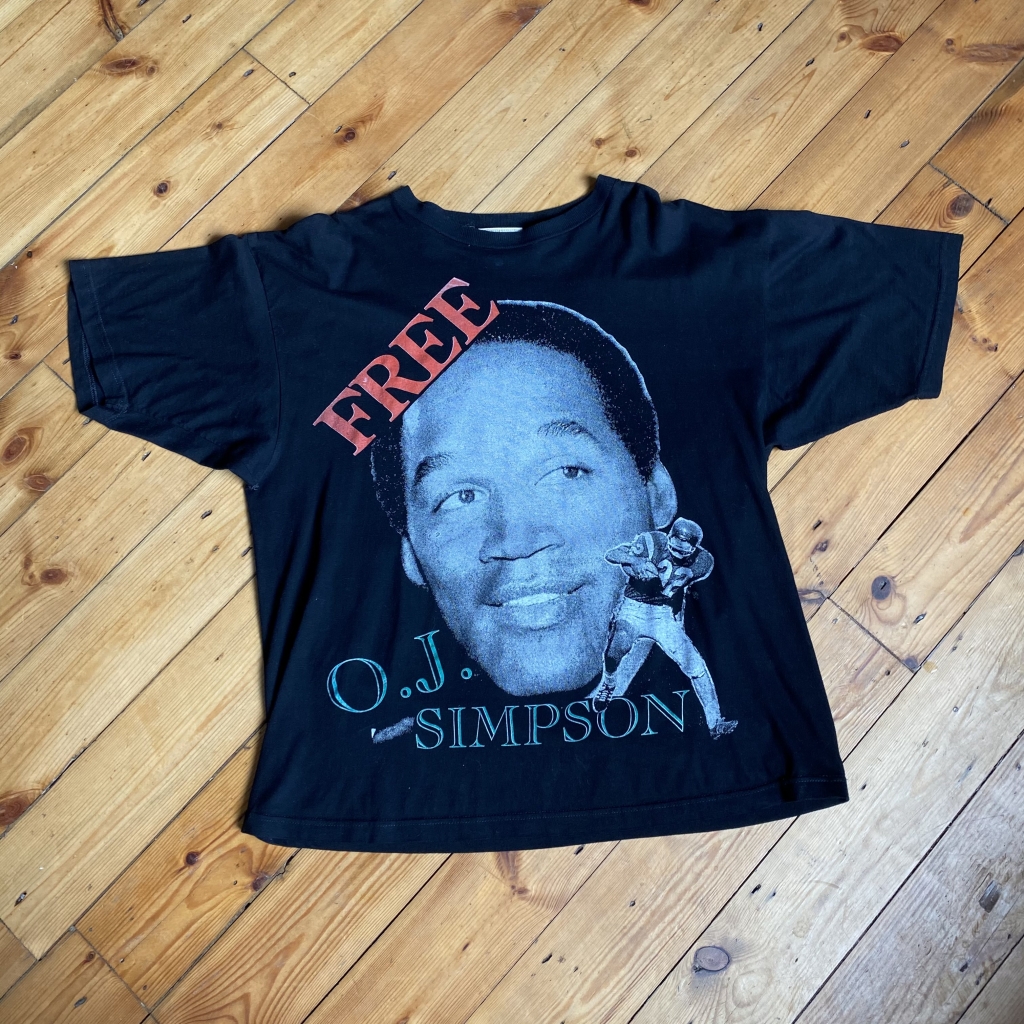 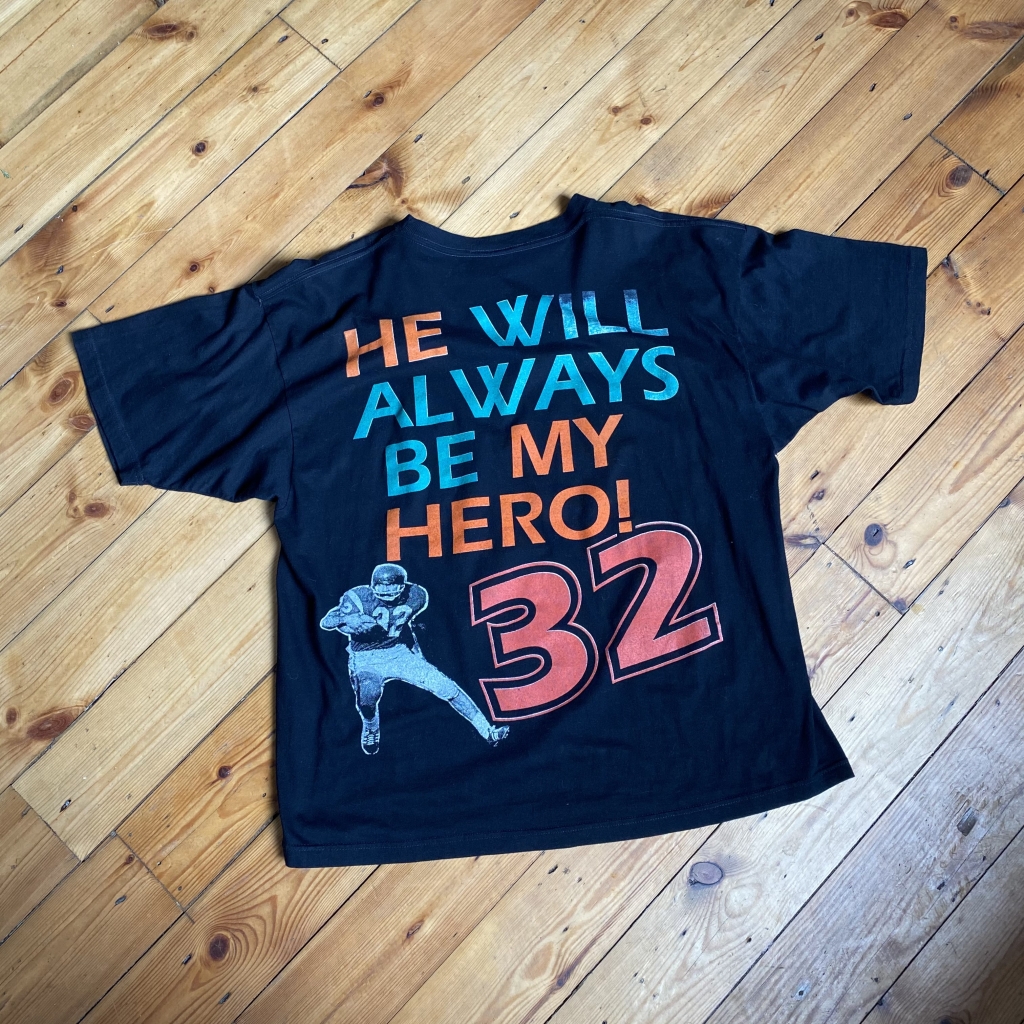 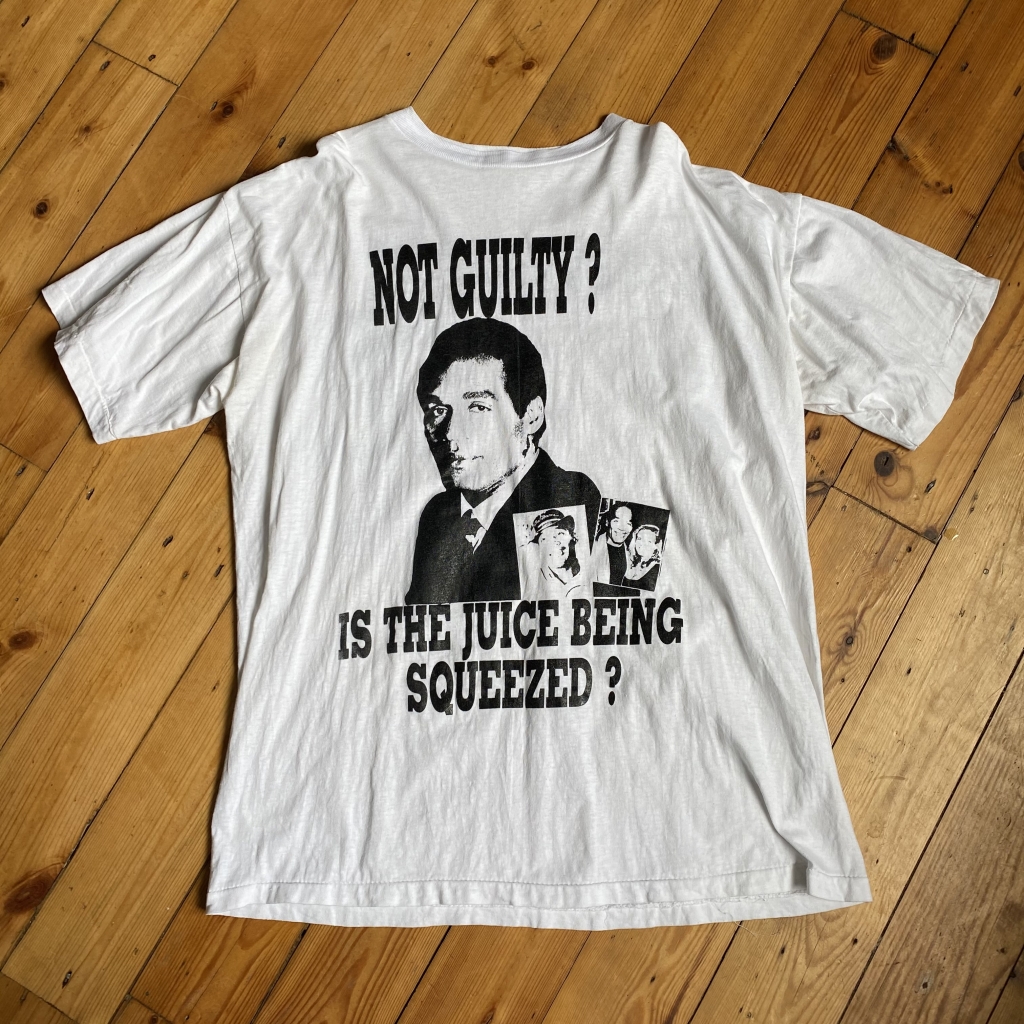 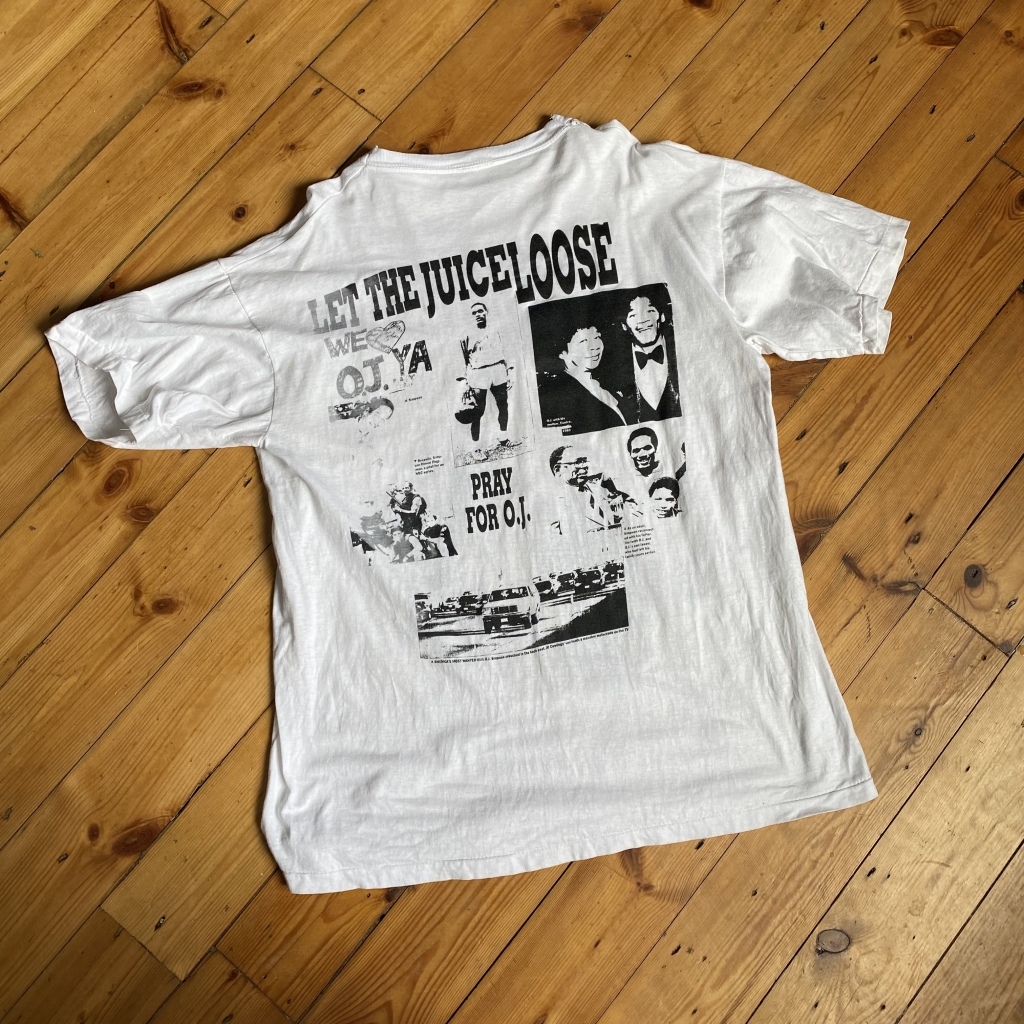 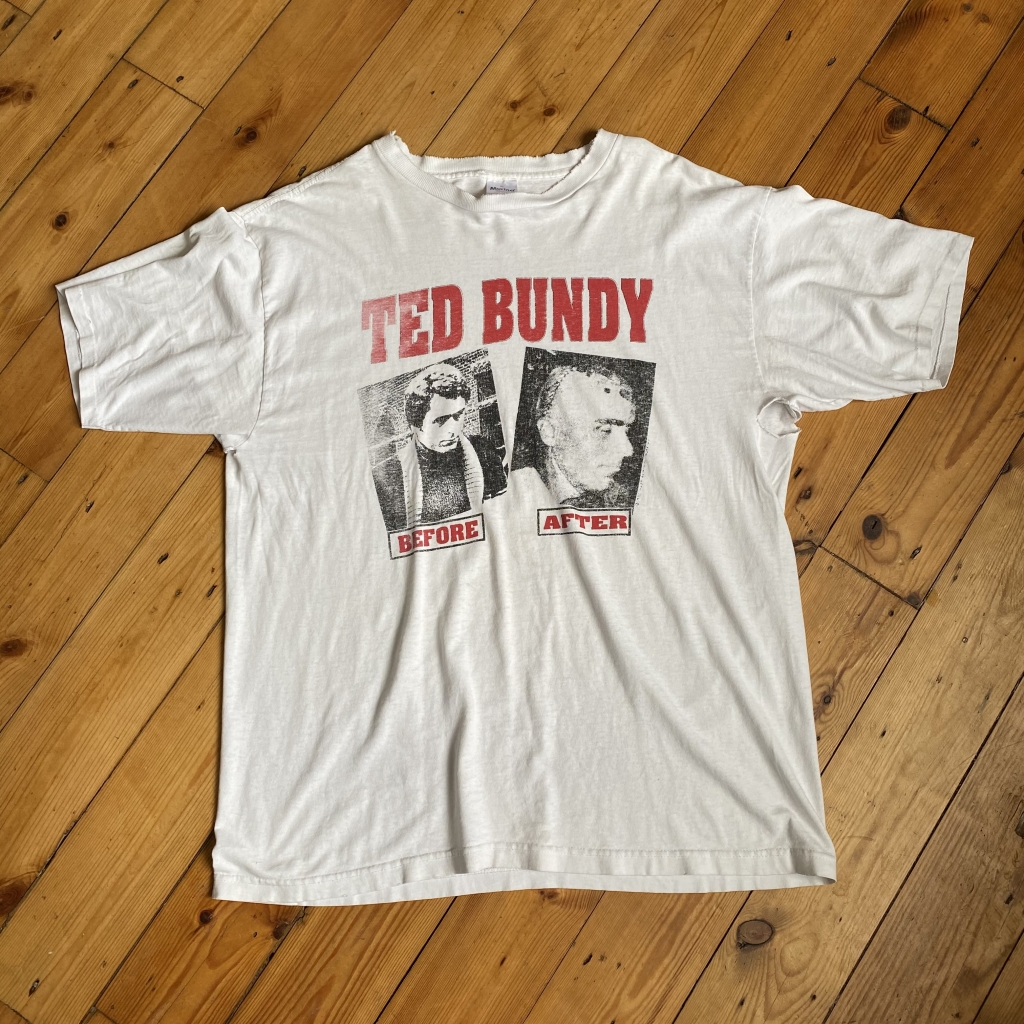 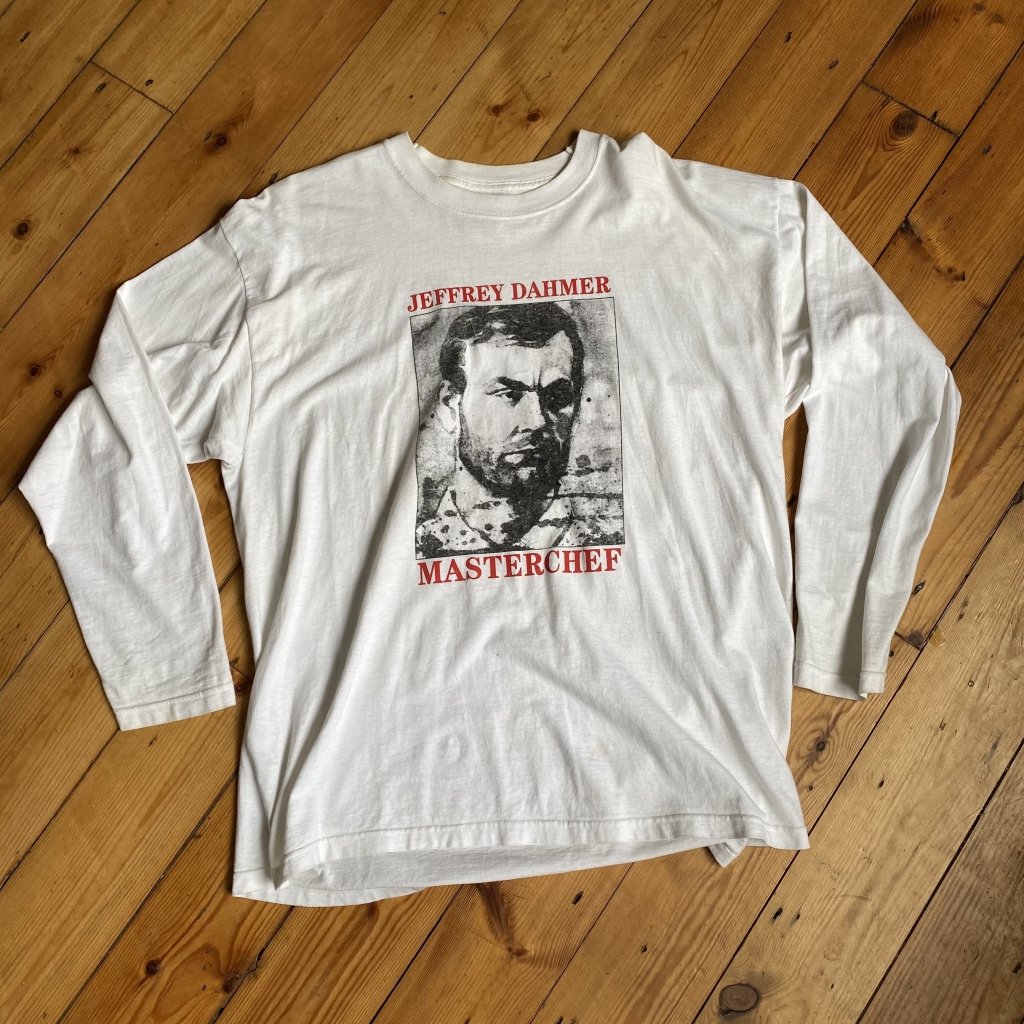 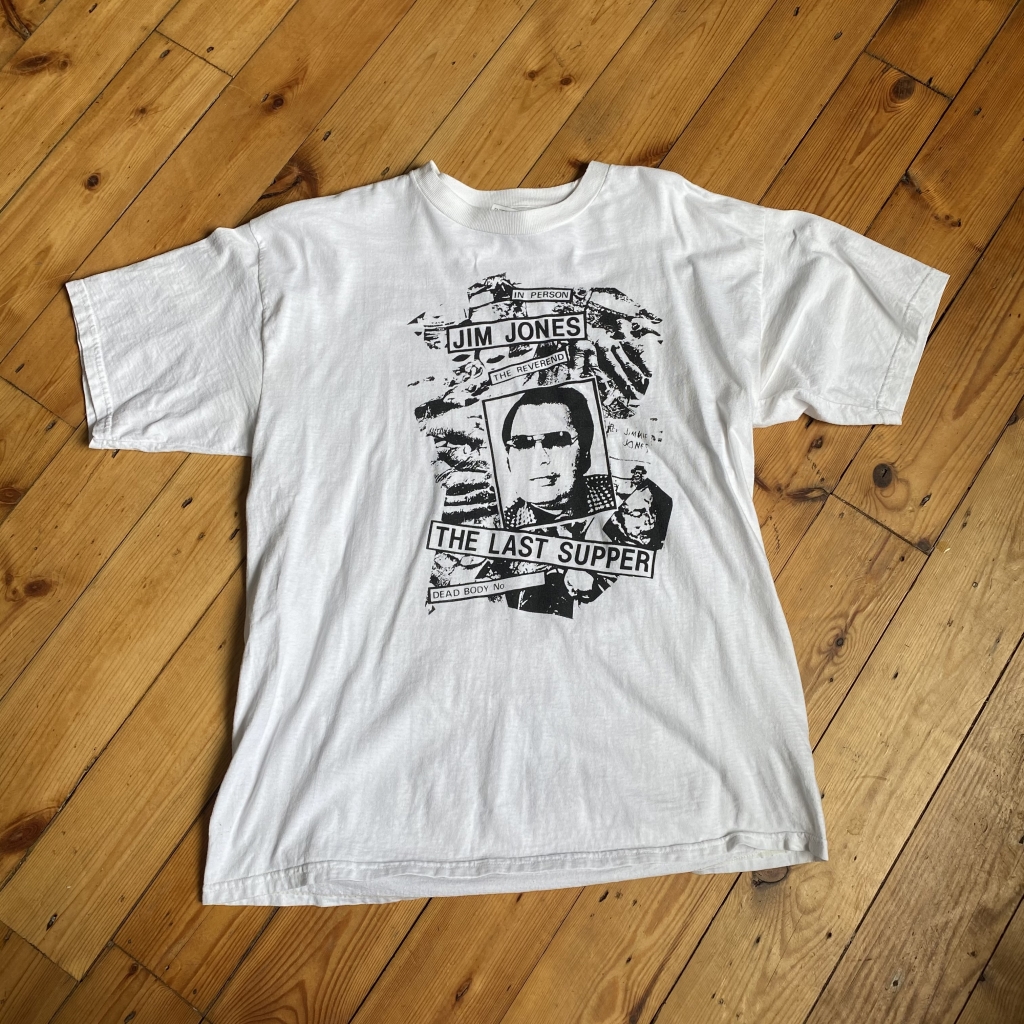 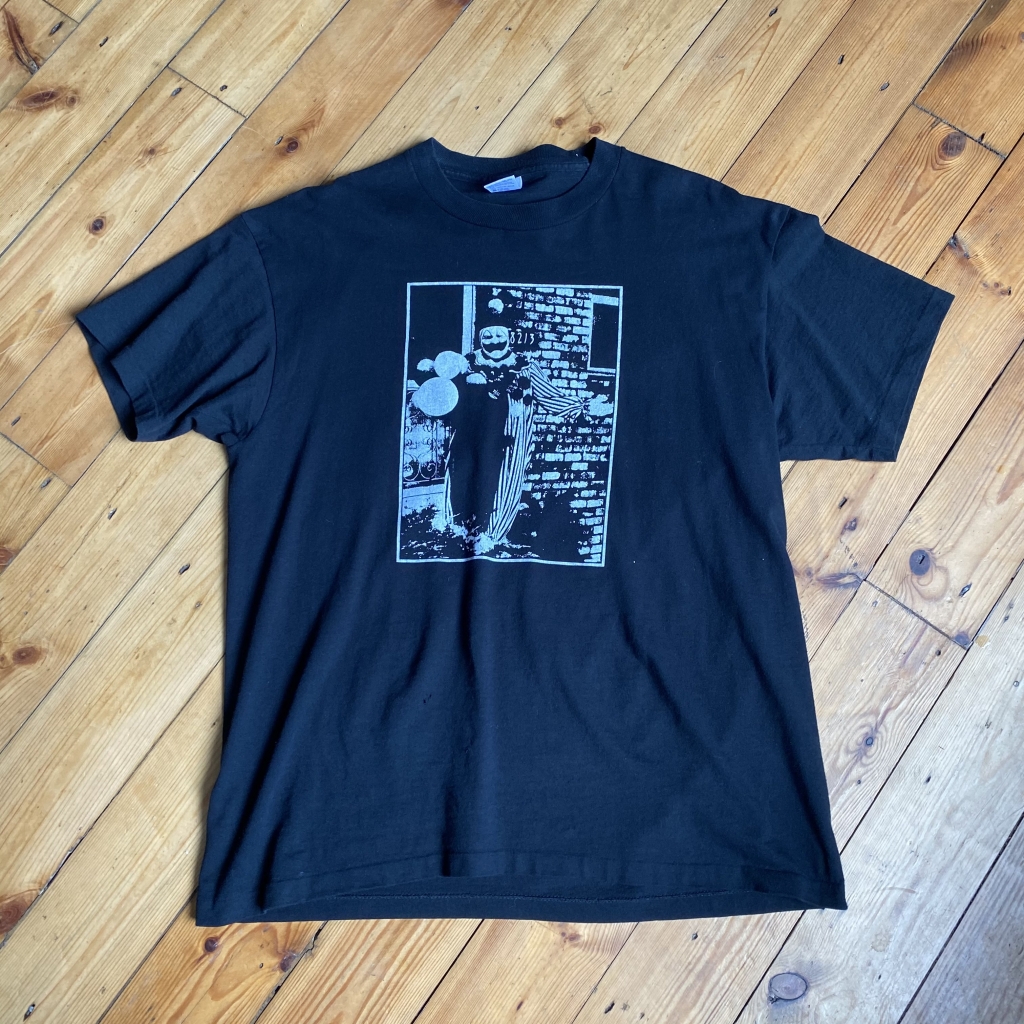 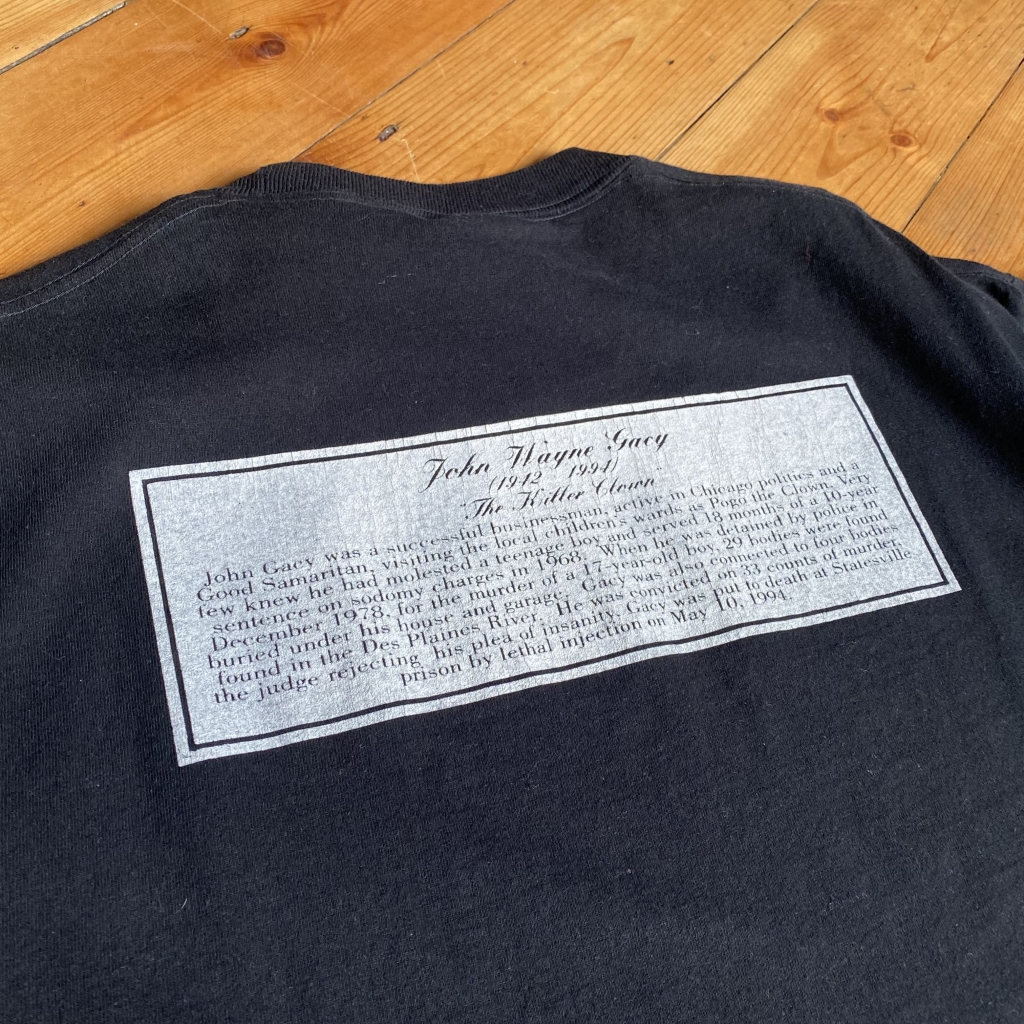 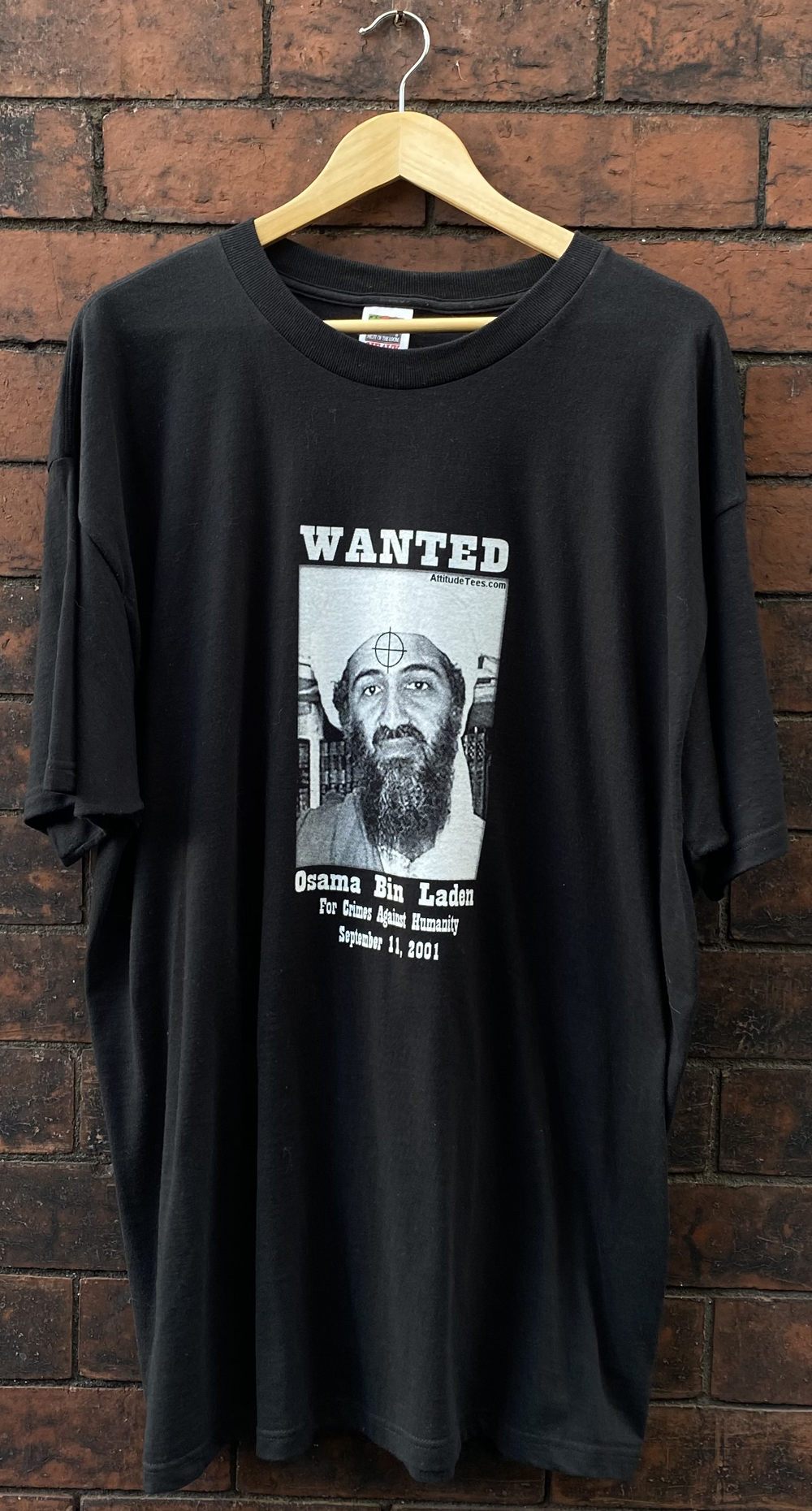 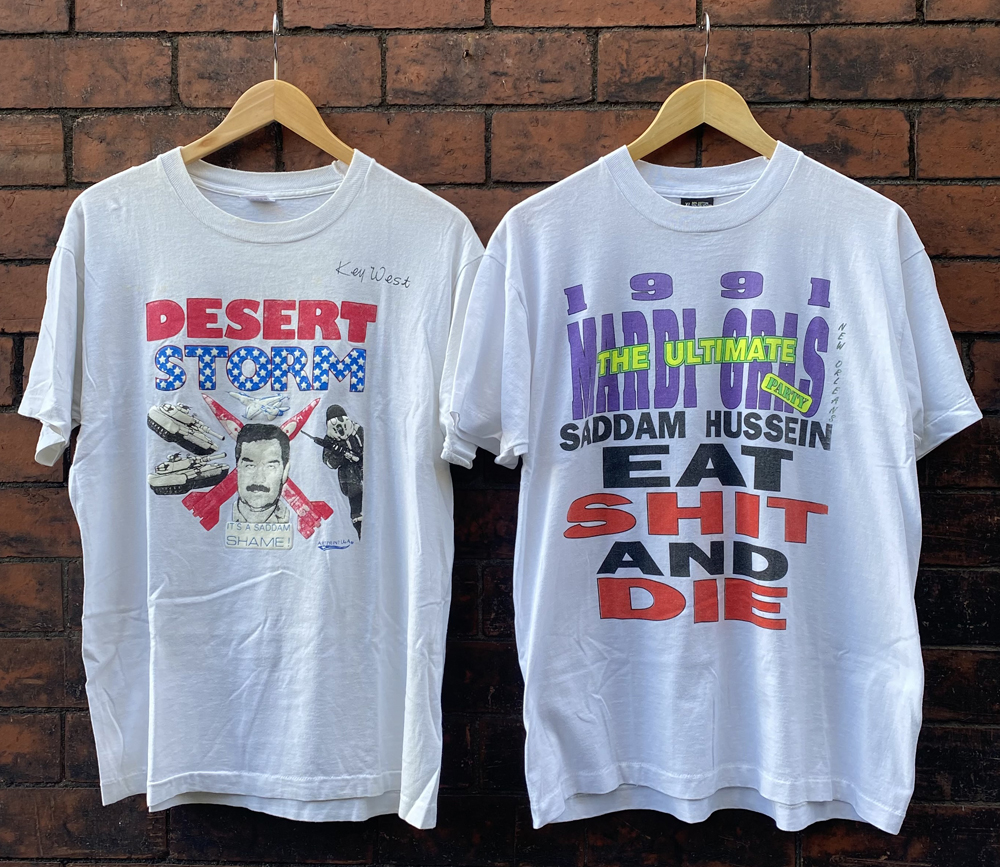 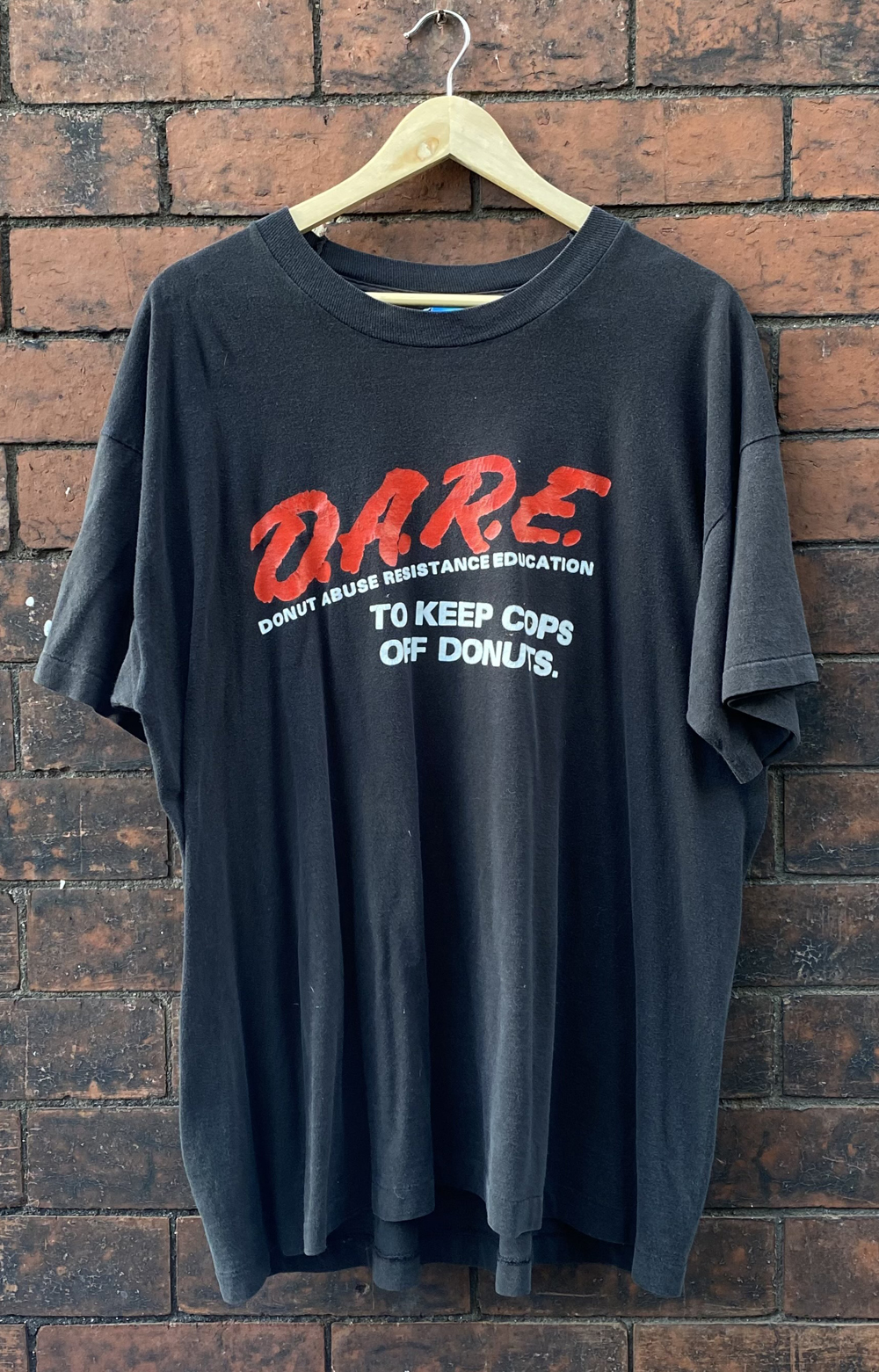 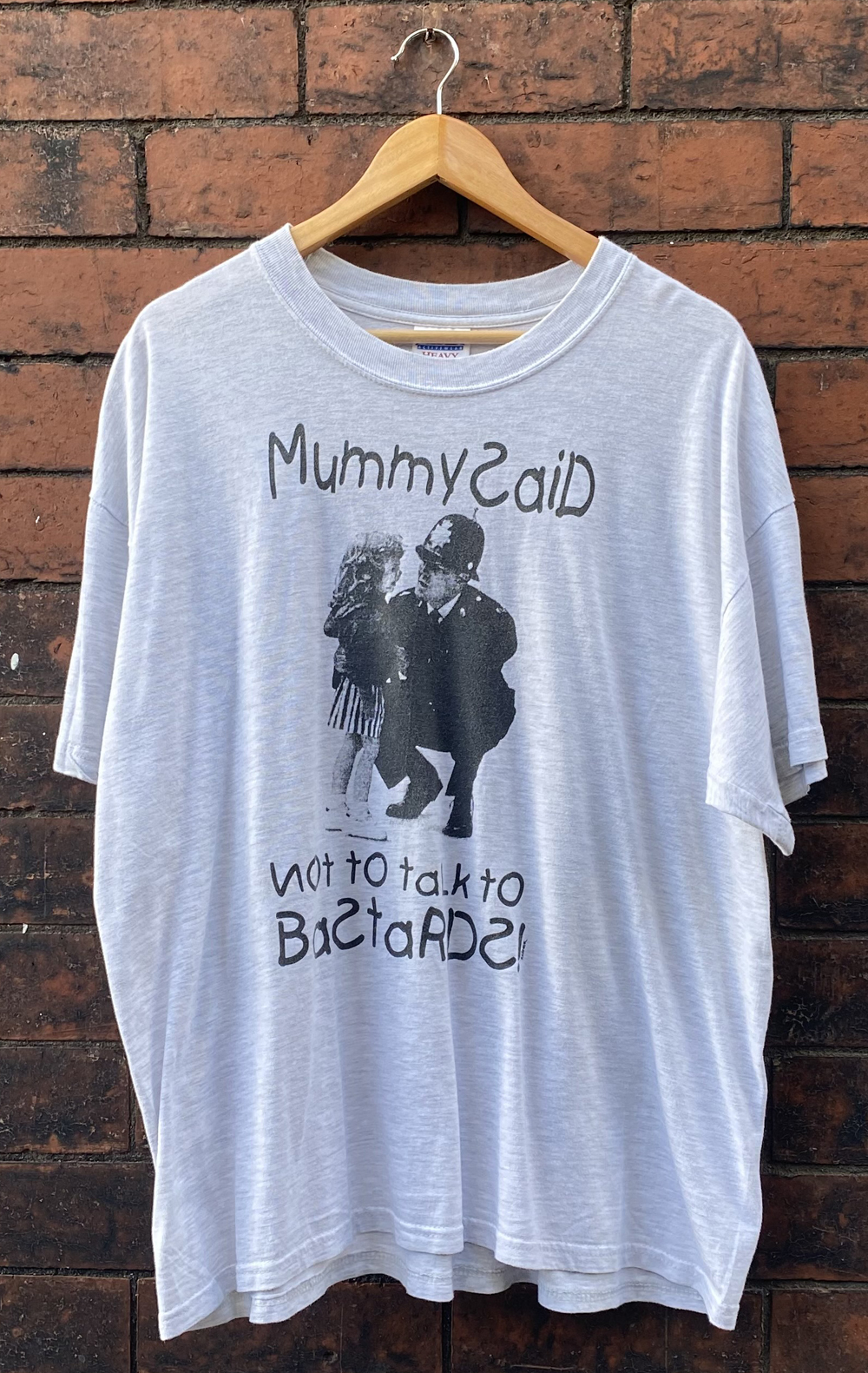 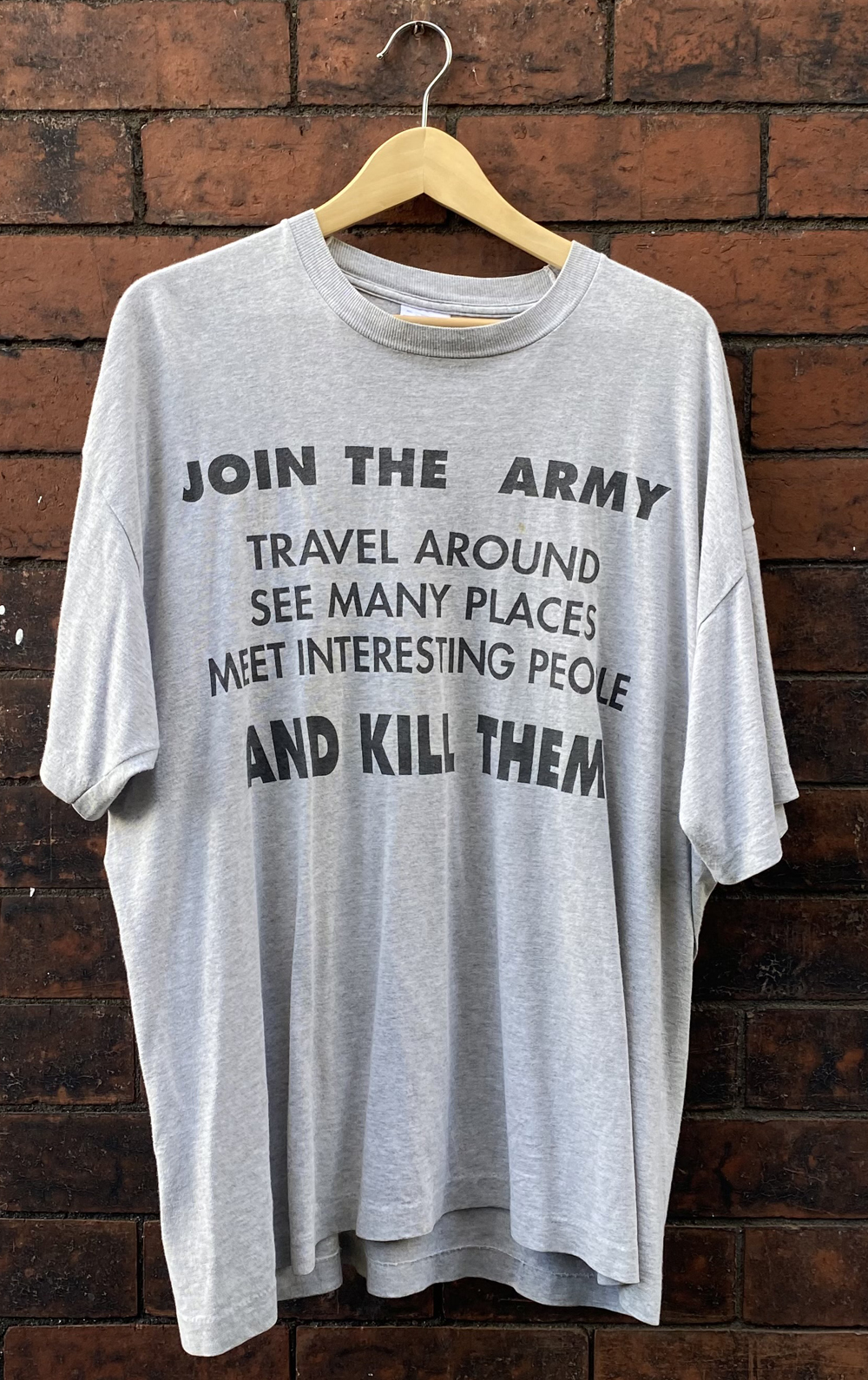 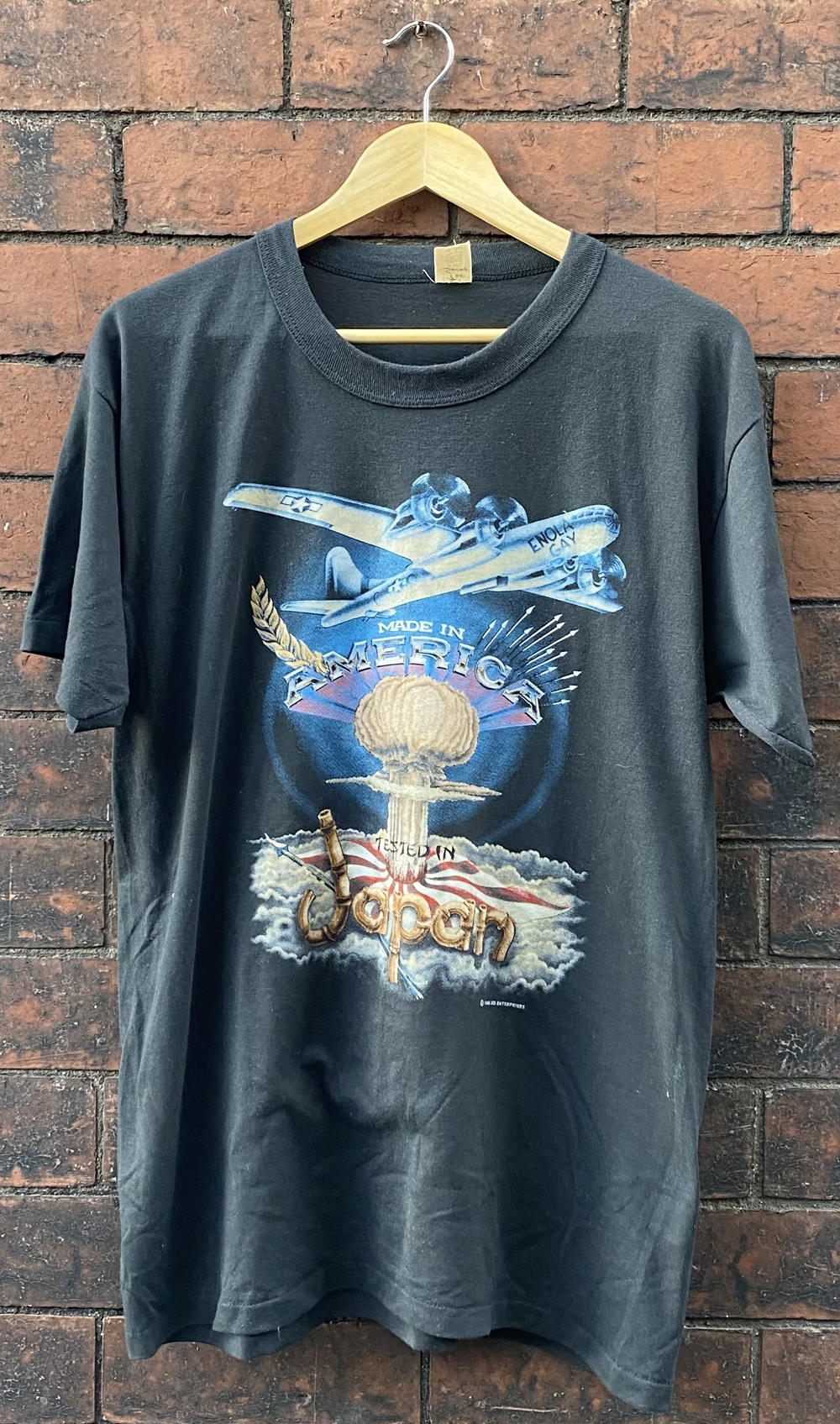 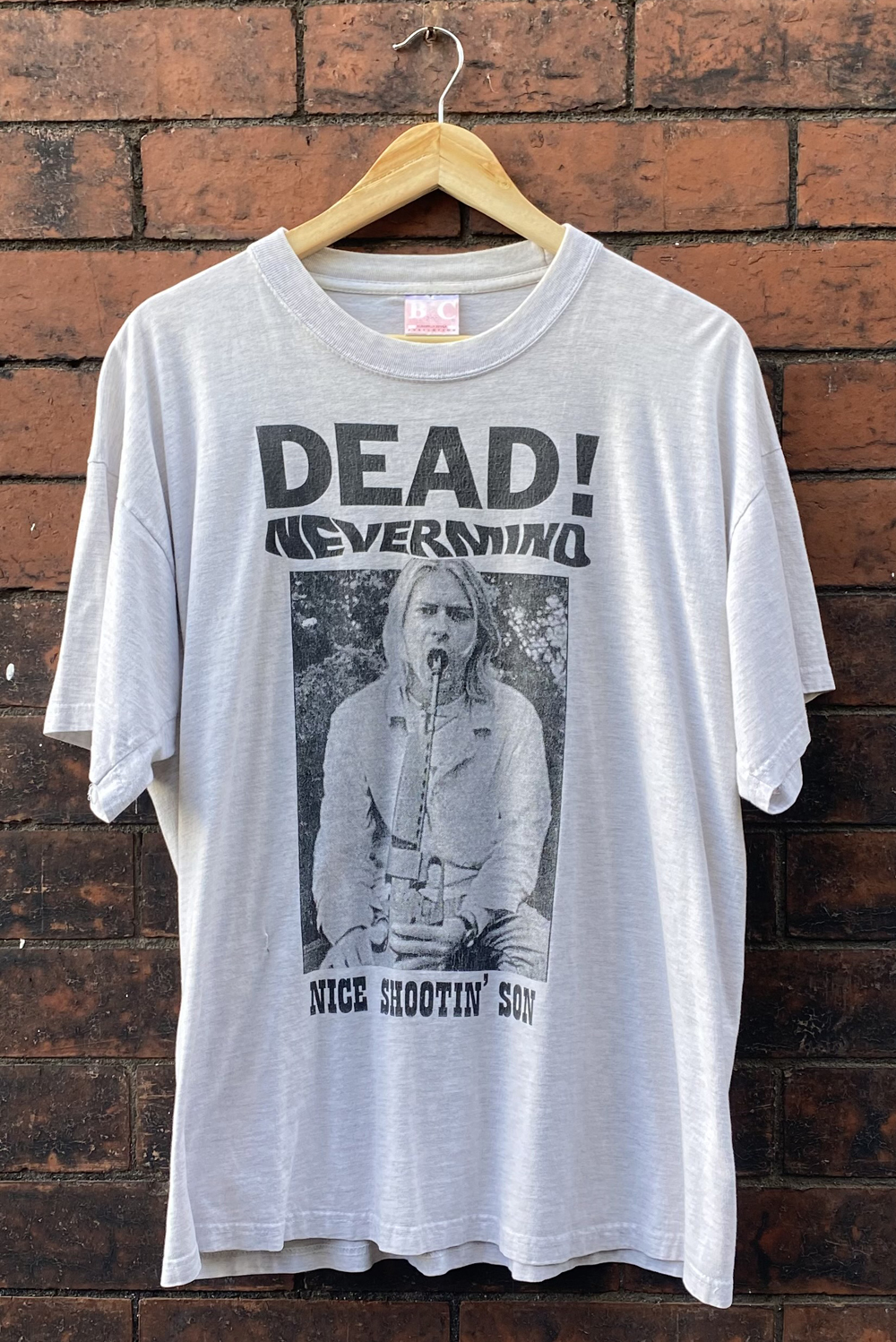 Vintage 1990s I Was Late for Heaven’s Gate T-Shirt 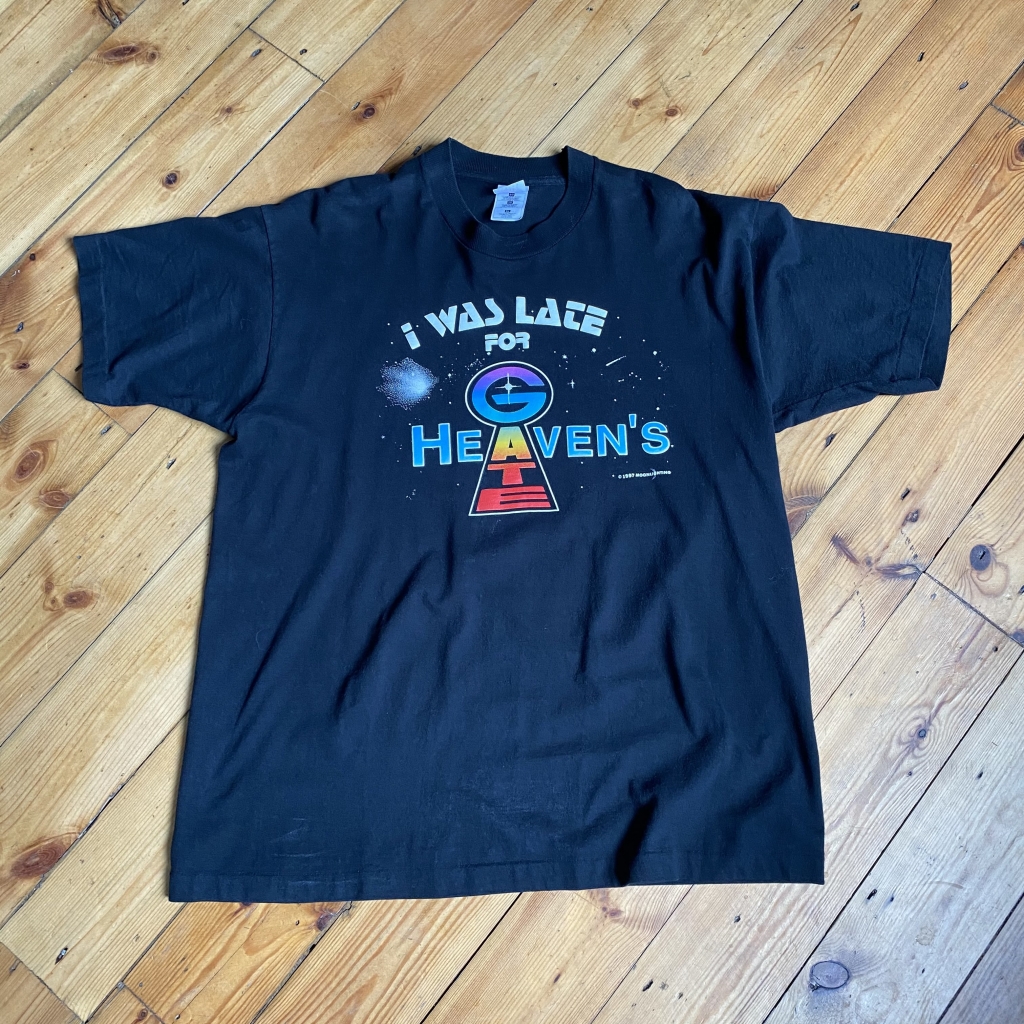