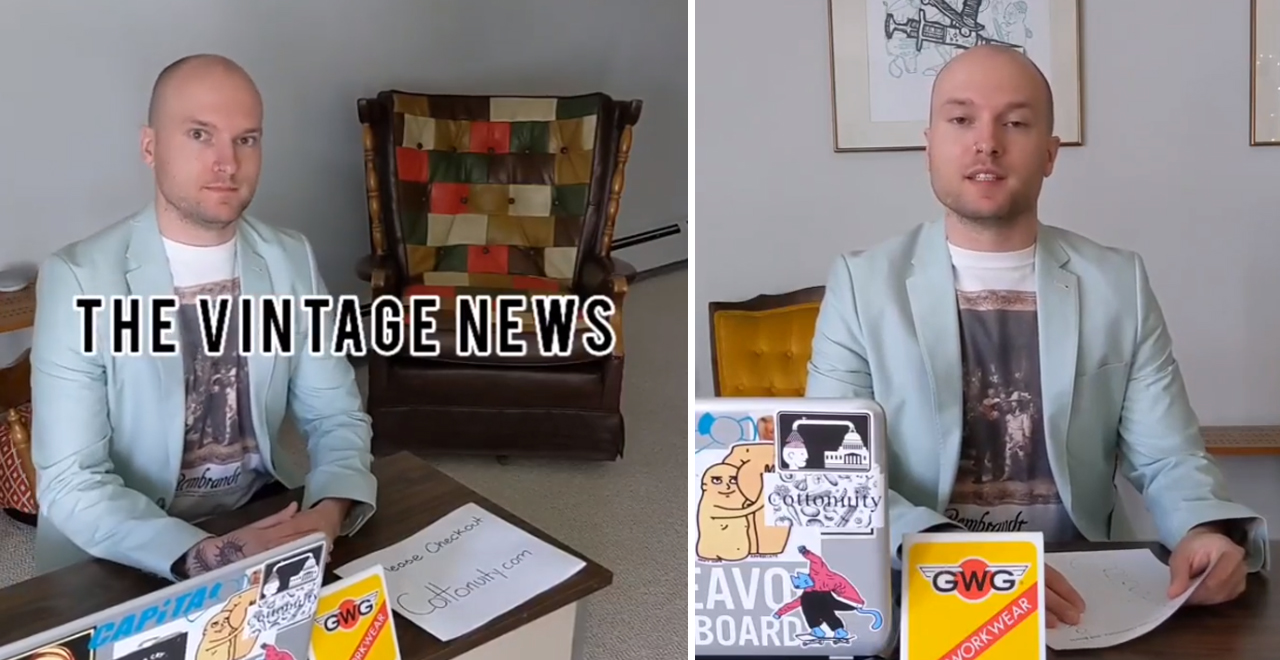 It’s March 30th, I’m Tom From Cottonuity, and this is The Vintage News.

First up – tee shirt archivist and all-around cool dude Perry Shall has been working incredibly hard on his show – @T Time, and if you missed it, he just had the Comedian and Podcaster Marc Maron on his show. Marc showed off some great Don Rock, vintage music, and comedy club tees. It’s interesting to see that even if you get your own show on Netflix, you’ll still hoard tees from the last thirty years in your home. Perry has been working for years on his own show chronicling collections of a lot of people you have heard of. It’s yet to be released, but check out the show’s Instagram @t_time_shirtshow for his live shows on Friday talking to collectors of all sorts.

Probably airing right now is the ALL MOSQUITOHEAD live with @freshkillsvintage and @futurepastnyc. I’m tempted to drop my whole savings at this event.

Scammers have been the talk of the IG live community recently. @jennyfromtheblock_xx  was recently taken for $525 by a scammer who even appeared on a live! His old username was @vintageabloh, but he also goes by @buttheadvtg and @vtgcartoonbootlegger – and is known for creating fake cartoon tees. Another live user is @pslopshop – who auctioned off several items, had them paid for, then just never shipped them. Apparently, he is a known con man, who reportedly has conned several people out of thousands of dollars. He has a Brick and Mortar store in Sault Ste Marie, and if you have been scammed by him, please contact @vancitylocal – as he has an open Police Case against him. We have heard rumblings of fake tees coming out of a flea market in Colorado. These are bootlegs being passed off as real vintage when they are recent reprints. Some known fakes are Rodman, Selena, and Peter Pan tees, I guess the bootleggers didn’t get the word that Disney hype is dying down. An alleged Issey Miyake suit worn by David Bowie was also auctioned off this weekend, selling for 10,000 pounds. The suit was advertised as being left by David Bowie in a club in 1982, but the suit wasn’t even made until 1990. Scammers seem to exist in vintage at every price level these days.

If all this nonsense about the vintage game is getting you stressed, don’t fear, we have the solution for you. @DavesDirtyClothes has a daily meditation live you can tune into every morning. Just set your phone up like you’re waiting for an open live, and instead listen to Dave’s soothing voice as he guides you through a short but sweet meditation, while he sports a very awesome vintage tee. And if you miss it, all his meditations can be found on his IGTV, so if you sleep in a lot like me, you can always go back for your daily dose.

Finally – we have some Live events to cover. First off – congratulations to Chris at @1980somethingco for 1 year of the virtual flea. It’s amazing to see what has come of the intersection of vintage and Instagram live, and we all owe it to Chris’ innovation. Also, a big shoutout to @urgurls.favvtghead, as they had an AMAZING live auction right before they were deployed, much respect to them.

As always, please like, comment, share, and save this video to let Instagram know that you liked it. Also – please send me anything you think is newsworthy for next week’s episode. Thanks for watching, this is Tom from @Cottonuity, signing out.

The Crypto-Clueless Person’s Guide to Minting a Vintage T-Shirt as an NFT
The Vintage News by Cottonuity: April 6, 2021