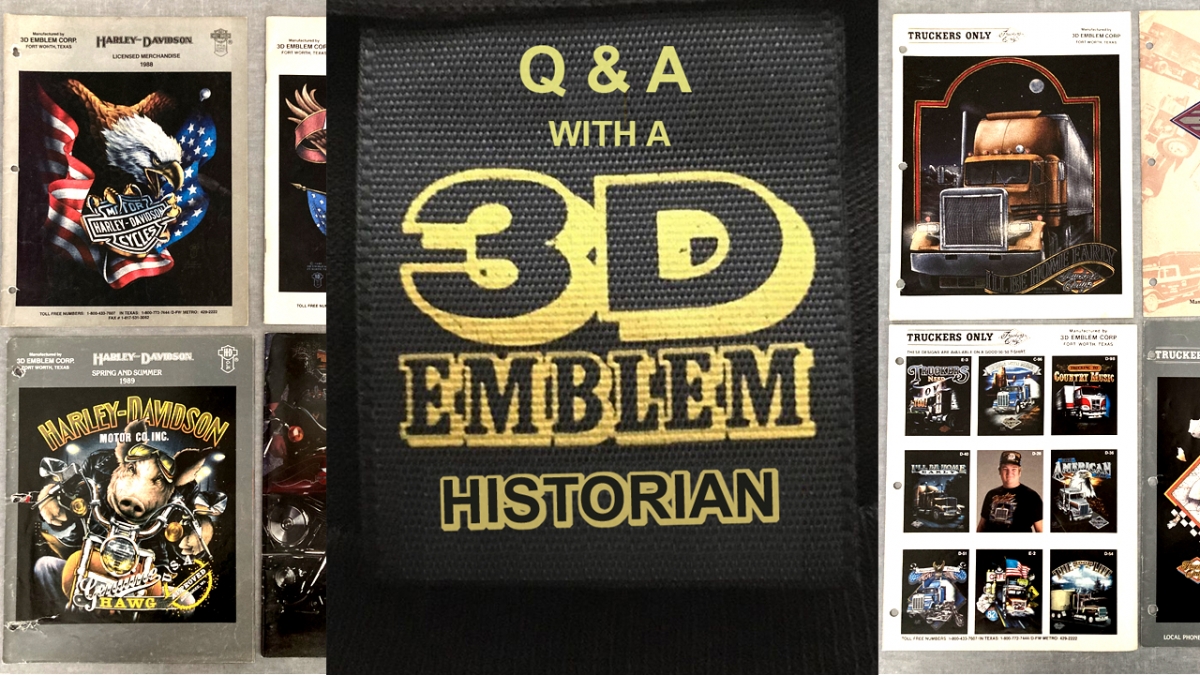 The gentleman we sat down with is a veteran of the vintage clothing business with 3D Emblem vintage t-shirt expertise. He’s been collecting 3D tees for over a decade and has 250+ of them. He’s also amassed a personal collection of original art, t-shirt screens, company documents, and promotional material. He’s done extensive research on the company’s history, personnel, and is in contact with the artists who did some of the most popular designs. He runs the 3D Emblem Instagram account that meticulously documents all things 3D.

And the best news is that he’s agreed to contributing ongoing updates to this page. Make sure to sign up via the form below, so you’re the first to know. You can also add questions for him to the comments section.

Give us a brief history of 3D Emblem?

Breaking 3D Emblem down into 3 periods is probably the best way to view its history and evolution. 3D Emblem was founded in 1952 by a pilot who served in WW2. It was a really small print shop that worked locally and on a very small scale. I have a copy of the first catalog showing the mail order graphics as well as some transfers that they used to iron on some motorcycle graphics. In the 70’s the owner took on a partner and screened shirts, jerseys, and other clothing. They offered 40 iron-on graphics of motorcycles, trucks, and other novelty prints. They advertised the graphics for mail order and began to do really well. At that time “t-shirts were meant to be undershirts”, I was told by the owner, and the sudden rise in sales was surprising.

By the late 70’s/early ’80s the company was down to one owner and had continued to grow. In 1981-82 ownership changed hands for a final time. Around the same time, Harley Davidson Co. began to circle the United States with an iron fist, strictly enforcing any shops using their name or logo without permission, i.e. unauthorized dealers. 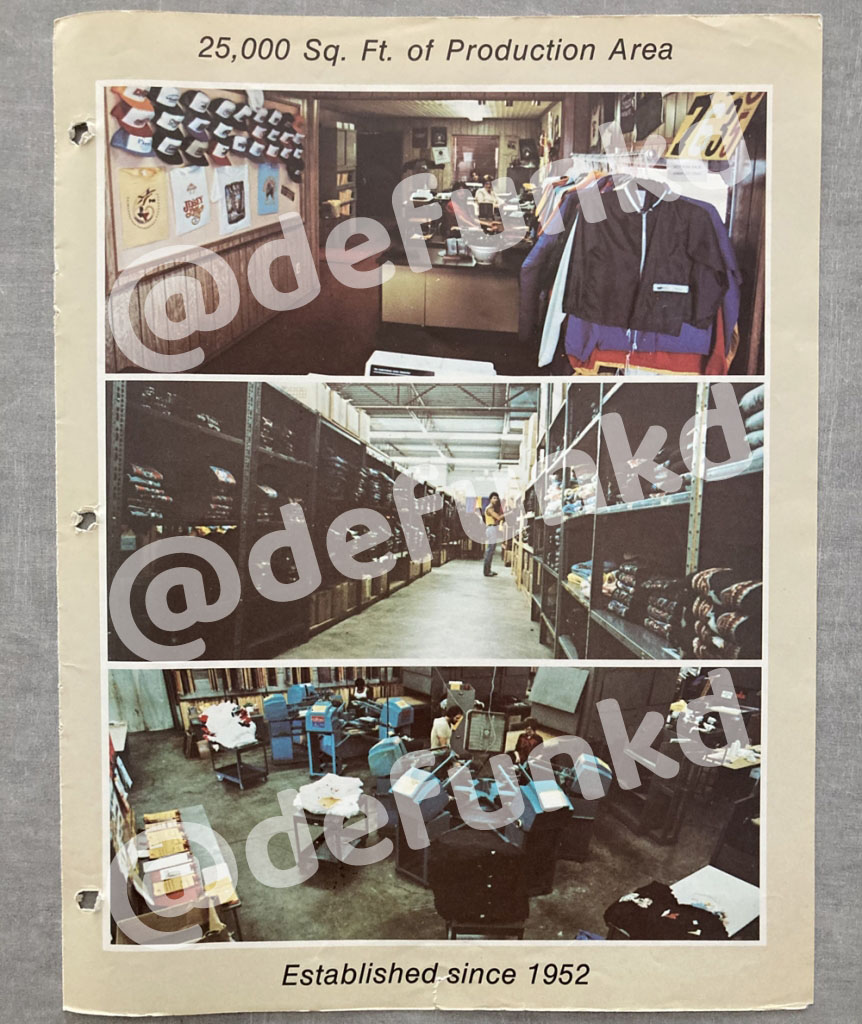 Did They Manufacture Their Own Tees?

Different blanks were used early on from various companies until the early 80’s when the t-shirt market began to expand. 3D Emblem used a mill in Pennsylvania that produced the brand Sneakers for printing some of the earliest 5 color graphics, c.1981. Other brands like Screen Stars were used here and there until 83-84. The black and gold tag that most people are familiar with was made by another Pennslyvania company for 3D Emblem. This blank was not specifically designed for 3D Emblem. Some of the early shirts from the PA mill without the black and gold tag match different tags if using the RN#.

That was forward-thinking at the time. But I’m assuming because bikers and truckers were probably heavier-set dudes who couldn’t fit into those tiny 80s tees? How often do you find those sizes these days? You don’t see many of these sizes. They were not offered in the early ’80s and came along in 84-85.

What About the 3D Emblem and Harley Partnership?

When Harley Davidson took control over their licensing they partnered with about a dozen companies. 3D Emblem was one of the first “authorized” sellers to sell Harley merchandise. In the early ’90s, around 94, 3D quit producing shirts and Harley took back everything including their licensing. 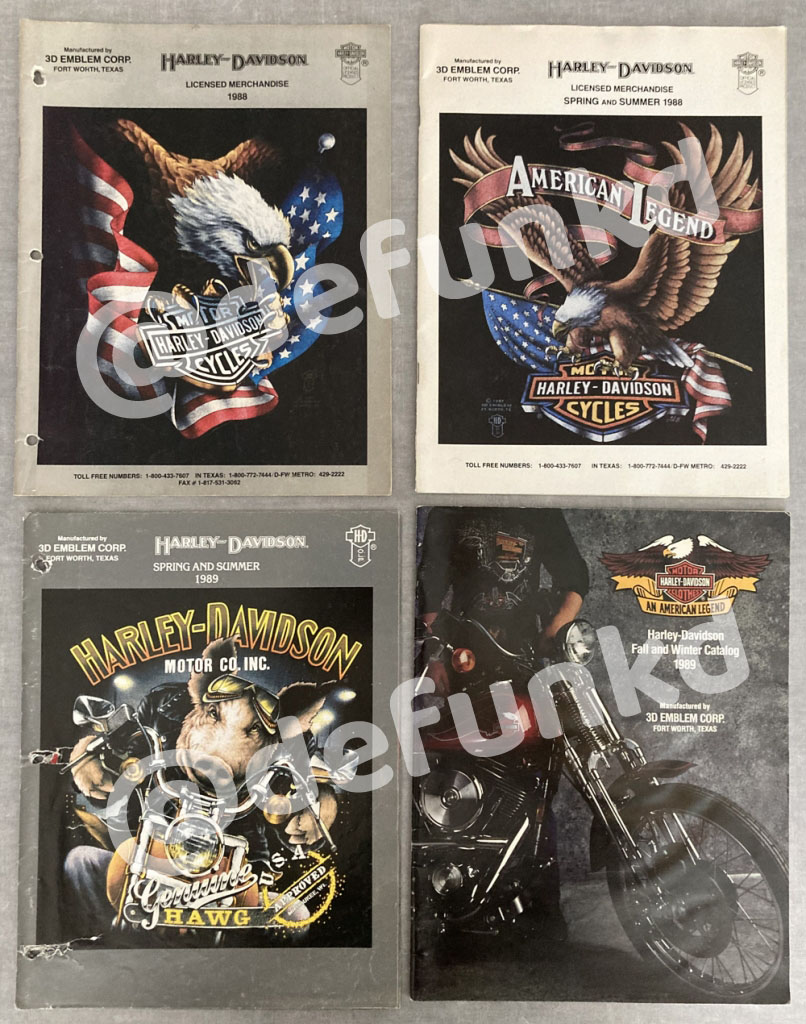 What’s the Story With Trucker’s Only?

Truckers Only was an offshoot brand of 3D Emblem. They were not affiliated with Harley Davidson and emerged around 1985. As the name suggests they focused almost entirely on Semi truck graphics and sold to truck stops for the most part. The same artist illustrated the Truckers Only graphics at the same offices in Fort Worth. 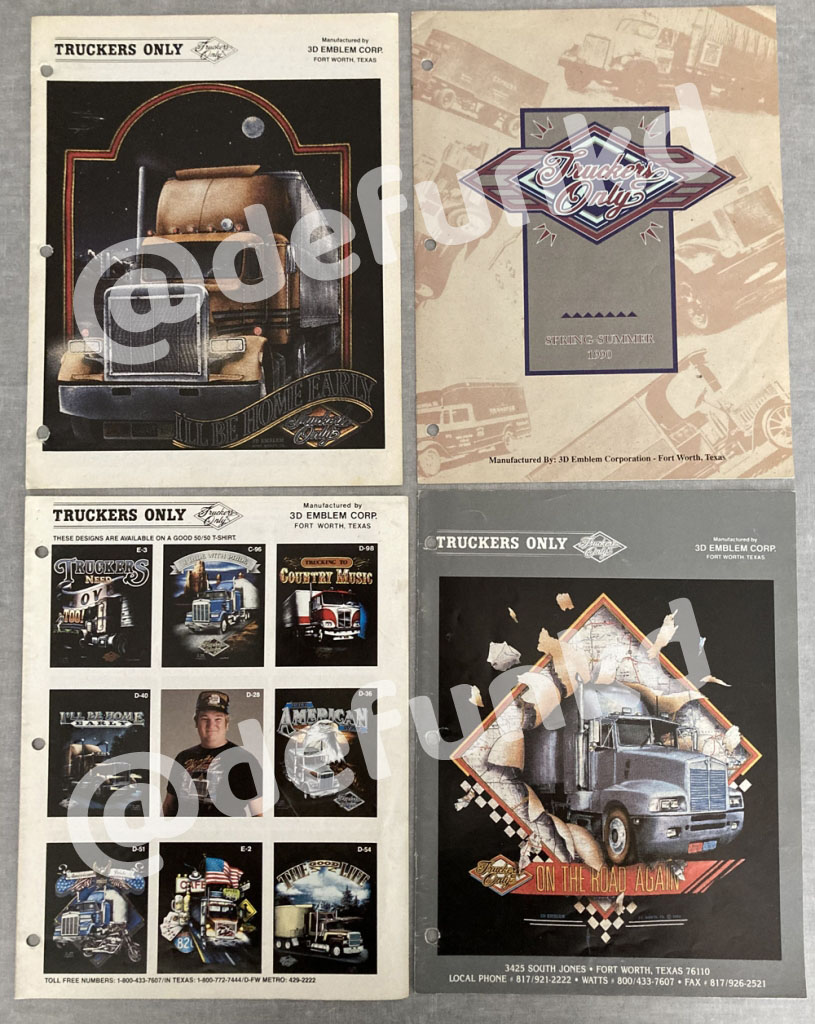 What I have collected over the years is a bit different than what seems to be the most popular. The interest has definitely reached a fever pitch driven by collectors in Thailand. Things have evolved over time but currently, double-sided shirts are more collectible. 3D offered a few stock back graphics with interchangeable text depending on dealership/location name etc. A double American flag design is currently more sought after. The back graphics were offered in 3 colors, white, yellow, and red. Red seems to be the color that was printed less than the other two. Other graphics with illustrations of people are really popular. Though Confederate designs have been harder to sell via online platforms, the shirts that display the flag have some very desirable graphics.

I personally like the pre-licensed items that do not have a lot of branding. Prior to the black and gold tag and the agreement with Harley the shirts were simple 5 color designs. These are a lot harder to find as they do not always say 3d Emblem and do not have the more popular tag. Without the old catalogs, it’s pretty hard to know what graphics they did during the early ’80s due to the lack of text. 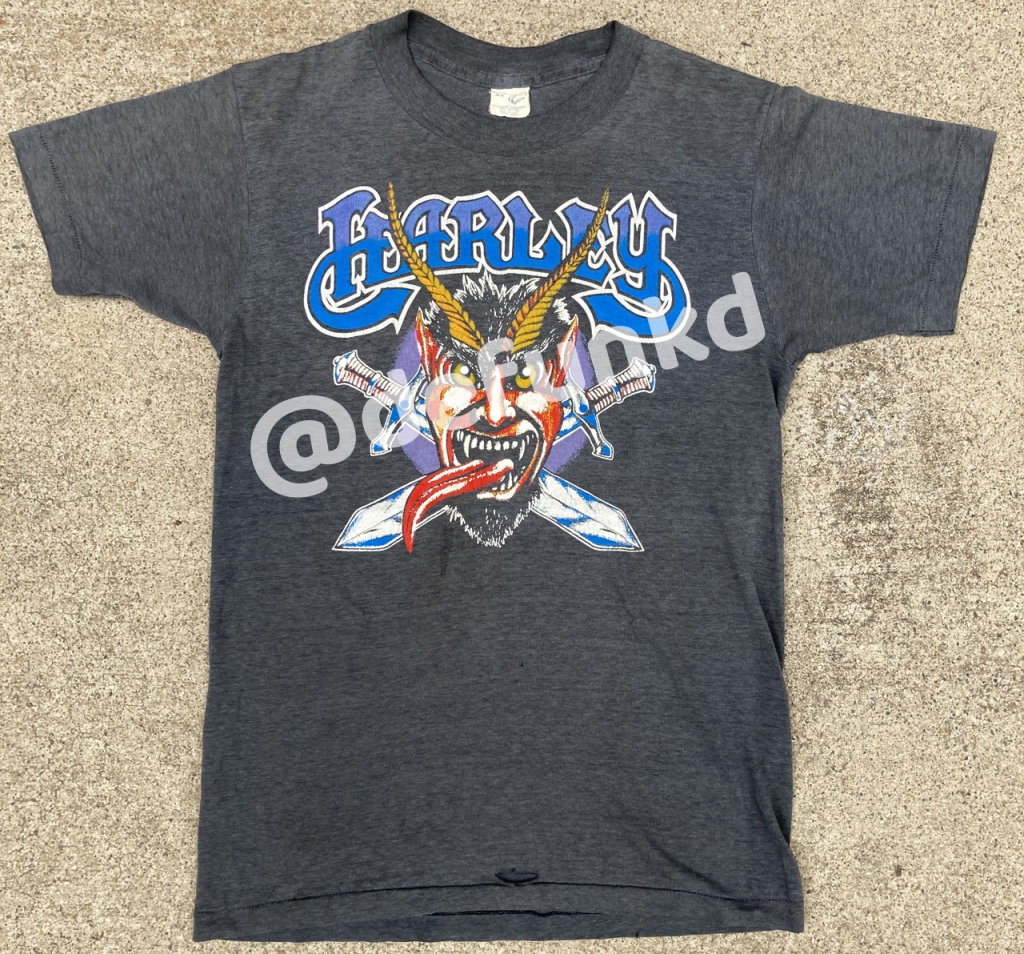 Was 3D Emblem Always Popular in Thailand and Malaysia?

The shirts were very popular in Japan around 2010 but did not go for high prices online. They were ahead of the trend and by the time it switched to other Asian countries the price increased and Japan’s interest seemed to lessen. Thailand and Malaysia heavily collect and re-sell the shirts now and have for many years.

How Can You Spot a Fake 3D Emblem T-Shirt?

It’s best to have a shirt that you know is authentic and handy to use as a reference. If not, there have been so many authentic shirts sold that you can pretty much find all of the graphics looking via Google images to help. Fakes have sprung up a lot recently and some are pretty good. The printing process that 3D used was so intricate that it is nearly impossible to replicate the colors they used and how they looked after being screened. One of the easiest ways for me to spot a fake 3d Shirt is usually by looking at the spacing of the “3D Emblem Ft. Worth, Tx” text that appears below almost all graphics. If you have another shirt to compare it to, the size and spacing are usually pretty easy to tell if the shirt is fake. Also, keep an eye out for the artist’s initials (if they were on the original) since this is pretty hard to re-screen and often left out. I’ve also seen the registered mark (the circle with the r in the middle) missing. Then there is always the tags. Often the gold is not quite dark enough or the thickness of the letters is offset a bit.

Is 3D Emblem the gold standard for vintage Harley tees?

I think so. Older Harley graphics are very desirable but the quality is not at the same level as what 3D Emblem was able to invent and mass produce. In comparison to the other wholesales that were given licensing, their graphics are much cleaner and of a higher quality. They also employed so many extremely talented artists. This large group of artists, most of which stayed with the company for several years, was not common and enabled 3D Emblem to produce highly artistic graphics.