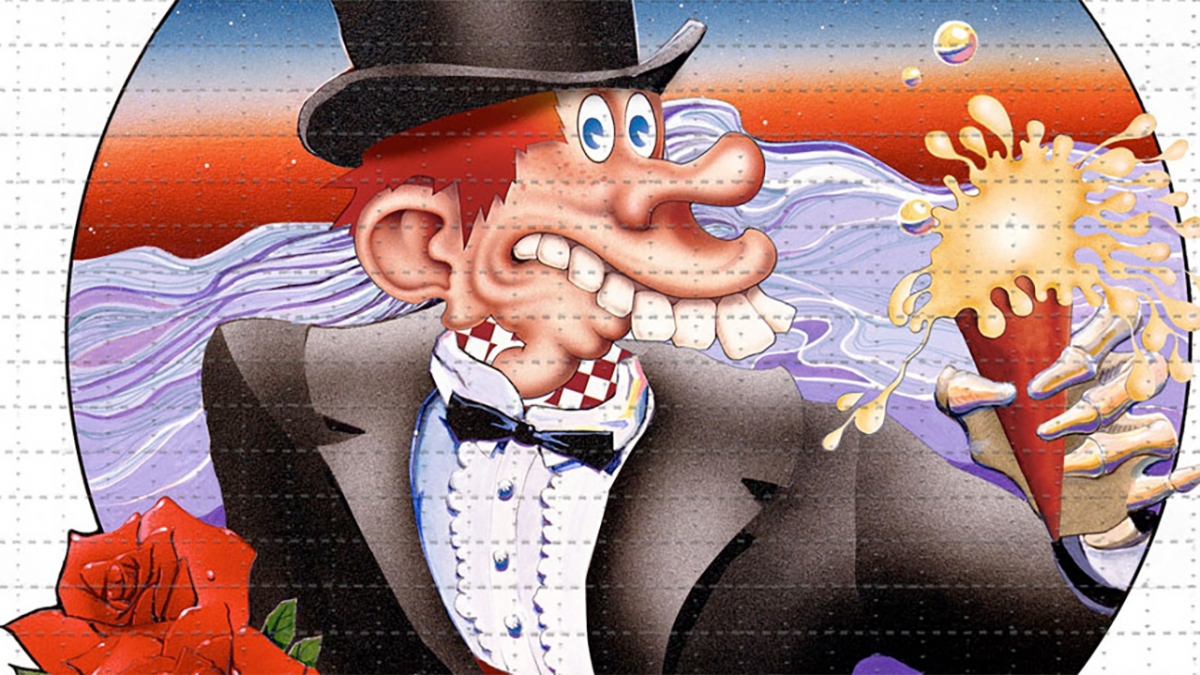 My Vintage T-Shirt is a section written by our readers. Thanks to vintage tee seller Don over at corinalarks for sharing this shirt and great story. If you have a rare vintage t-shirt and a great story please contact us.

Stanley Mouse is an American artist who has had two distinct phases in a career that’s influenced pop culture for decades. As a teenager, he and guys like Ed “Big Daddy” Roth were part of the emerging hot rod art movement of the late 1950s. Stanley would travel to custom car shows selling air-brushed t-shirts and sweatshirts featuring his crazed hot rod jockeys. Eventually, he opened Mouse Studios in Detroit and sold air-brushed hot rod shirts via mail order.

In the late 1960s, Stanley moved to California and become a giant in the San Francisco pop art scene. He’s best known for creating the iconic Grateful Dead branding art and the now-classic ‘60s concert poster look. He also created artwork for many famous rock album covers. Today some of his original pieces sell at auction for six figures.

At a recent flea market in rural Illinois, I came across a seller who had an original Stanley Mouse custom hot rod shirt hanging from the back of his van among his boxes of old books, car parts and tools. I was amazed when I saw it. I didn’t know quite what it was, but it was obviously a vintage sweatshirt and the hip use of colors made it really stand out. It was unlike any shirt I had ever seen. I could tell it was air-brushed, not silk-screened and my first thought was “Big Daddy Roth”.

The seller was in his early 60s and proud of the shirt. In fact, he wanted to show me another custom Stanley Mouse shirt he had in the box where they’d been stored all these years. He lit up as he told me the story of how, as a kid, his family took a trip to Michigan in 1963 and stopped at Mouse’s studio to buy sweatshirts because they had seen his ads in Hot Rod magazine.

This vintage “Mouse” sweatshirt is a self-portrait caricature by Stanley Mouse. It was air-brushed and signed by Stanley at the original Mouse Studios as the kid watched. The flea market seller was happy to sell it and I’m even happier that it’s now my vintage t-shirt.