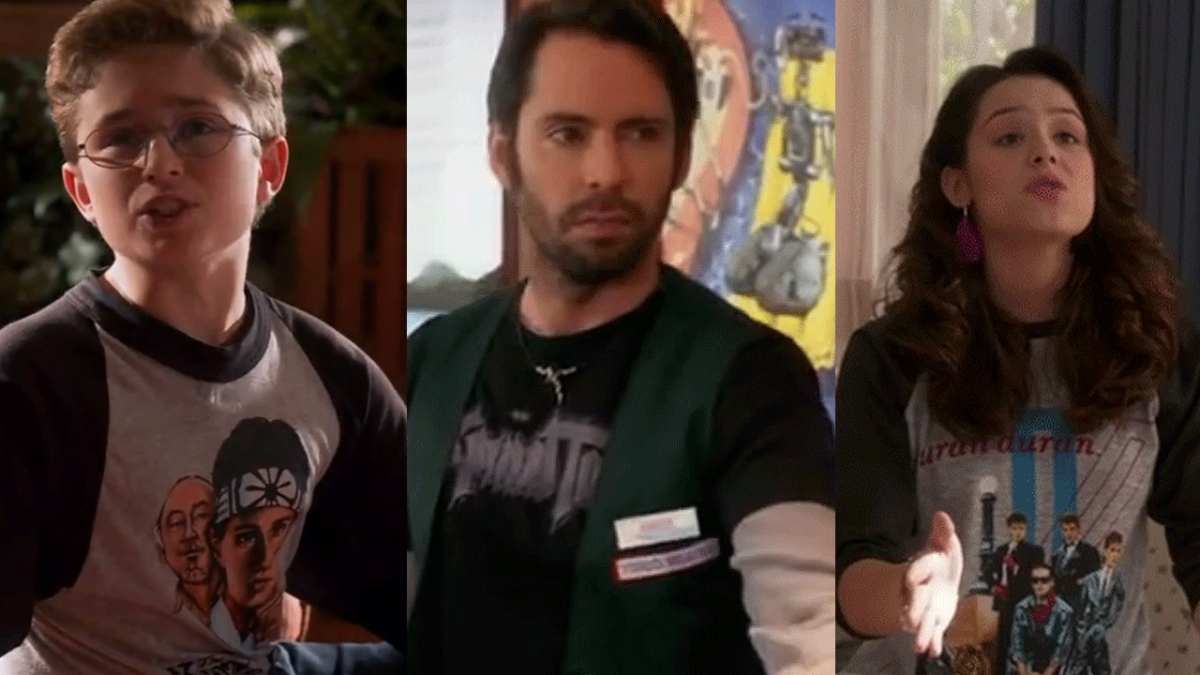 If you haven’t yet tuned in to The Goldbergs, there’s no time like the present… err… past. The show is set in 1980-something (need I say more?) and documents the goings-on of a family in Pennsylvania. There’s a rad twist, though: the show is based on real-life producer Adam Goldberg and his experiences growing up in the best decade ever. As a child (and apparently as a grown-up, too) Adam was frequently situated behind a camera. As a result, snippets of real, vintage Goldberg family camcorder footage rounds out each episode, revealing actual-events-turned-plot-inspiration. Basically, the show features more “reality” than all of the current reality shows on television, combined. The Goldbergs prove that found footage has a place in comedy, not just in horror flicks. It’s all complemented by plenty of ’80s TV and movie footage and a kick-ass ’80s soundtrack.

If you grew up in the 1980s, you’ll be glued to your set. I was. I just binge-watched the entire first season over the last week. The attention to the period is phenomenal (step aside, Mad Men) and you’ll find yourself playing “I Spy” with the ’80s eye candy. Sometimes it’s a bit of a distraction and you have to rewind to catch the funny stuff going on between the characters. It’s filled with so many familiar scenarios of growing up in that decade that you’ll swear it’s loosely based on your life, too.

The wardrobe is awesome – from Reebok Pumps to Fila tracksuits. Props to costume designer Keri Smith. Rumor has it the real-life Goldberg mom provided her own gaudy ’80s sweaters (Sorry, Mrs. Goldberg!) for the actress who portrays her. “What about t-shirts?!” you ask. The show really caught our attention when our pals over at Wax and Threads announced they provided a t-shirt that made it into the show. So we know they’re making an effort to use actual vintage when possible. And they deserve serious kudos, given we learned how much of a pain in the butt clearance can be, and depending on the context of the scene they might say no. Each one of those printed t-shirt cameos likely represents a ton of work, as well as a sound reason for not every episode having a new one. In their absence, the cast often sports classic ’80s style blank ringer tees, raglans, or striped shirts.

We meticulously scoured through the complete first season (all 23 episodes) and documented each noteworthy t-shirt. Identifying some proved a bit challenging as the design only appears momentarily or is obscured in some scenes. Can you ID them all? Click to enlarge and then scroll down for the answers.

The good news is that the show was recently renewed for a second season. Bring it on! We’re hoping there’s a touch more aged poly-cotton in season two. If only there was an online marketplace that exclusively offered vintage t-shirts…

@defunkd Holy balls! You put so much work into this post. EPIC. We took great care to choose and legally clear each shirt. It was a hassle -

@defunkd But this makes it worth it!

Fugazi Tee in Mud
Damaged Justice in The Judge