If you had to choose only one t-shirt out of the ones you own, what would it be and why? Is it the same t-shirt you would be buried in?

Hmmm….I like this question. I feel like that portly kid in the movie Stand by Me. “If you could only choose one food to eat for your whole life, what would that be?” “That’s easy…Pez..cherry flavored Pez.” I would choose my black and orange 1977 Led Zeppelin Showco shirt.

If you would like a visual, it’s on page 60 of the Vintage Rock T-Shirt book by Mr. Johan Kugelberg. It fucking rules! Actually, many of those shirts pictured in the book reside in my collection.

Why would it be the Zeppelin Showco? 1977 man…that’s when Zeppelin and Showco hit their stride and most grandeur. I’m smiling just thinking about it. It must have been an exhilarating time. And yes, I have already made arrangements to be wearing it during my traditional Viking funeral.

Why are the t-shirts from the 70s so small? Have we grown as a species, or was everyone on drugs back then?

The 70’s were all about “the form fit”. “I say hey sky…I sho’ am digging that polyester look…turn yourself in baby!” “I pray to J everyday that you be wearin’ that same ol’ same ol’.” And YES- everyone was on drugs. 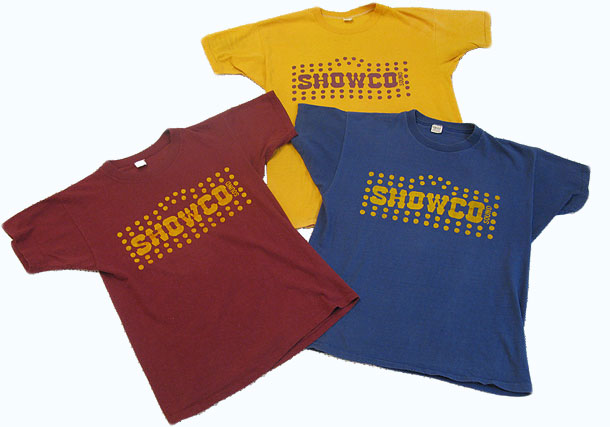 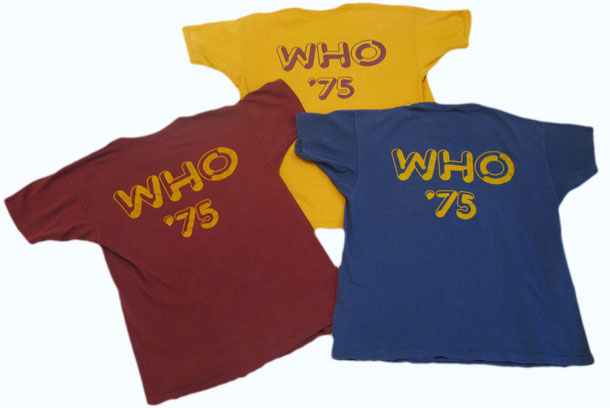 What t-shirt/s do you think is the rarest in the world?

That’s a loaded question subject to conjecture! I won’t promote myself here or anyone else out there, even though I DO have the rarest shirt in the world (laughing). I like to think it’s the shirt we all have not seen yet. The one that’s gonna surprise us so we say, “Oh man! I didn’t know they made that!” “Honey…come here, no really come here, you gotta see this shirt!” That’s what keeps us all going, isn’t it?

What era do you consider the golden age of rock t-shirts, and do you have any interest in rock tees of the 80s/90s?

They made rock n’ roll tee shirts in the 80’s and 90’s? I didn’t know that! Seriously- my cut off point is 1981 for anything. Anything after that is jive. I’m not talking about the artist- it’s the shirt itself. Over-sized, big, beefy, heavy weight cotton that makes you look like a frumpy 15 year old at a sleep over party. Oh and don’t remind me about the thick ink artwork too! WTF? The golden age for me is the seventies, bro. The manufactures hit their stride and got it right.

Do you wear your shirts often, or save them for special events?

I do wear them with tremendous pride.  I have a few that fit me well and are really cool.  I’ve conditioned everyone so I know that when I walk into a room with a Showco the first thing they say is for me to turn around so they can see the artist artwork on the back.

“Oh cool Jason!” “ It’s an Osmonds from 1978!” “You’re a little bit country and a little bit rock n’ roll!” I feel different when I put one on. It feels great. They’re so comfortable, striking to look at, and a good conversation starter too. I could see why the road crew wore em’ till they disintegrated off their backs and why the bands that Showco produced fought for extras themselves.