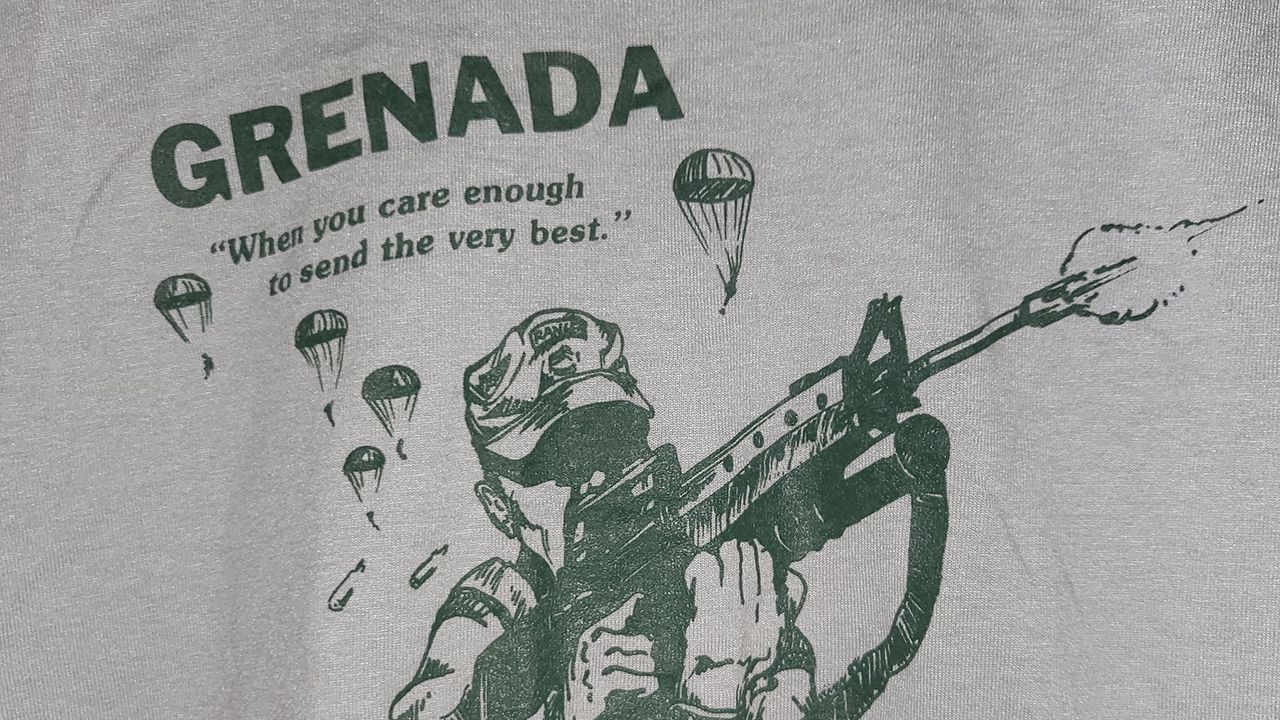 The date was April 30th, 1975. America was fresh off 20 years of conflict in Vietnam. Tensions at home run high as Soldiers return home to anti-war activists. Veterans returning from Vietnam, not with their battalion or company, but alone on a plane after their 365-day tour.

Their pain was real but the support from the government, or from the people was not. Fast forward to the late 70s and we can clearly see t-shirt culture take shape as the means of supporting any war cause.

Mercenaries such as Col Mike Hoare and The Wild Geese, as his team was called, ran wild in Africa and specifically Seychelles where he was hired to lead his team on a coup against the government. He failed in a coup attempt in 1981 and was jailed.

As part of the movement to free him, people wore shirts supporting the release of a mercenary. 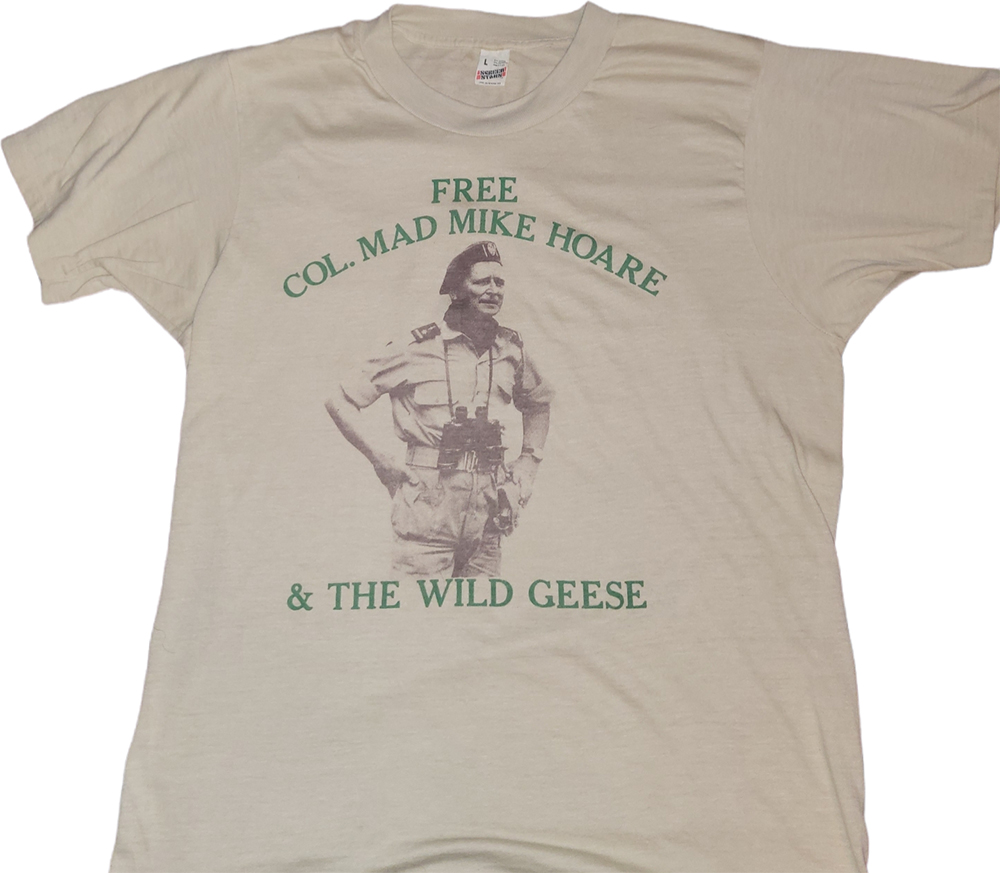 Many conflicts were evident in the years following Vietnam including Grenada, which only lasted 4 days. 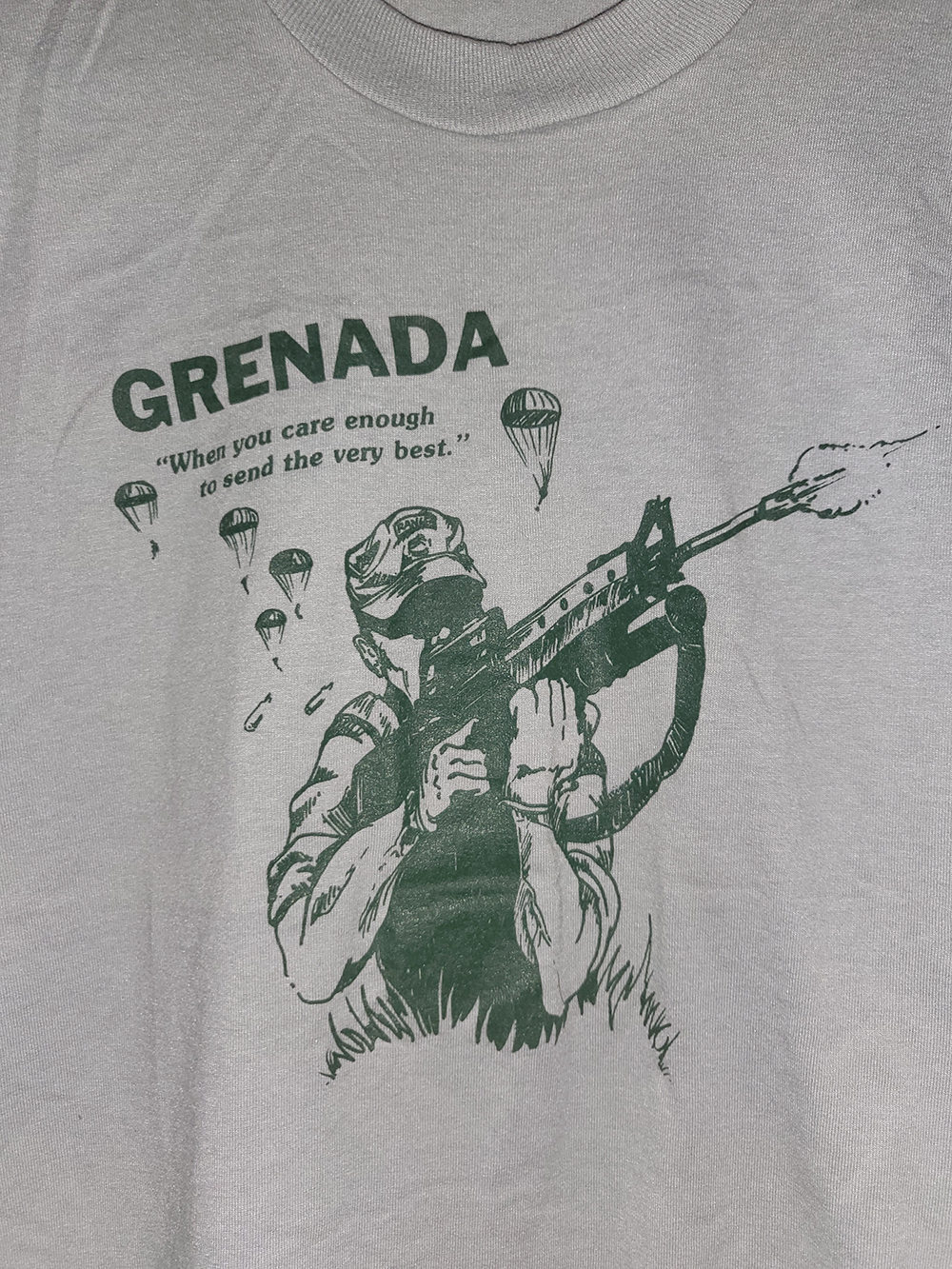 As the Cold War was hitting close to home and many committees were formed to funnel funds to Afghan fighters which included… Osama bin Laden. 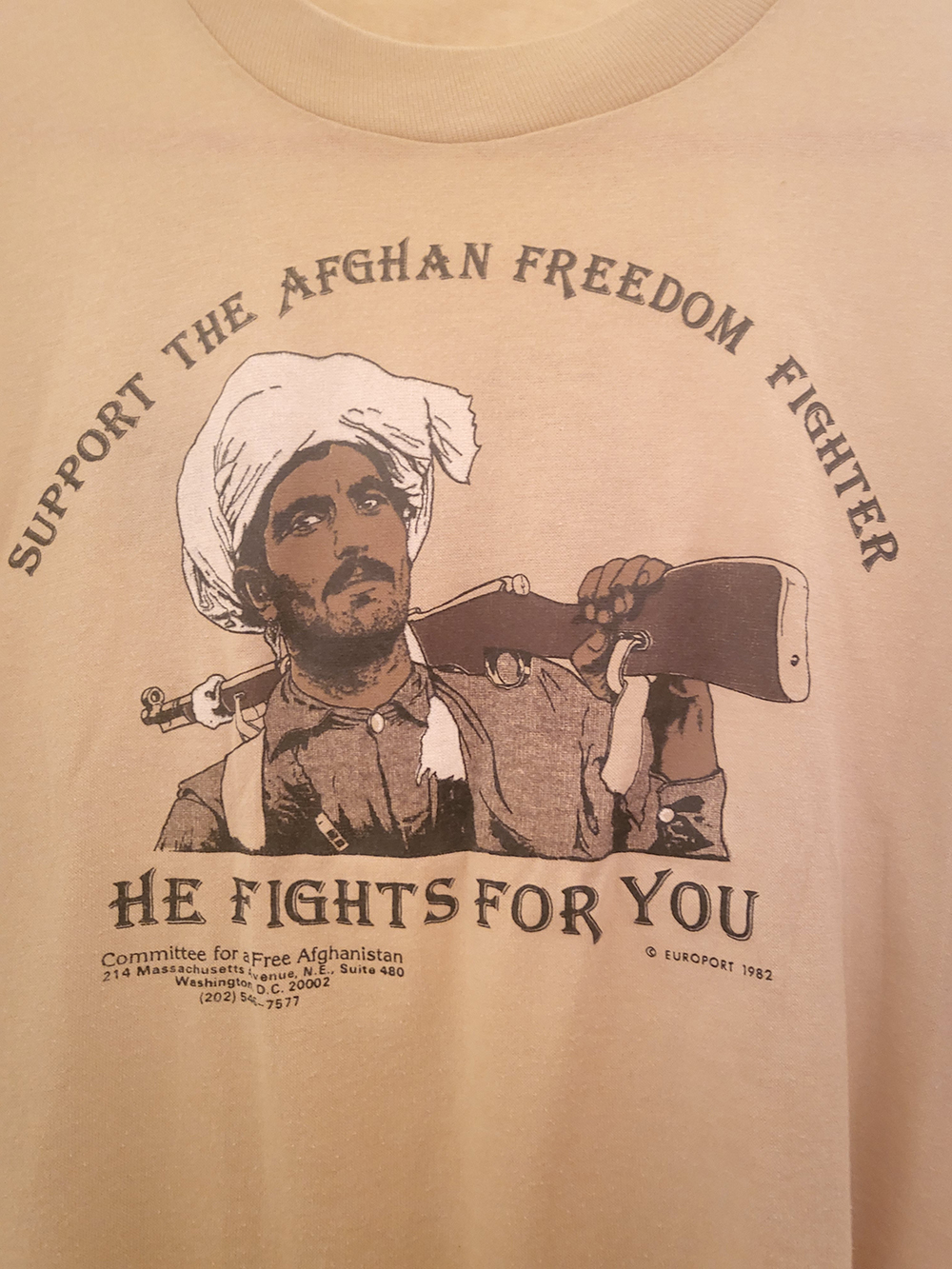 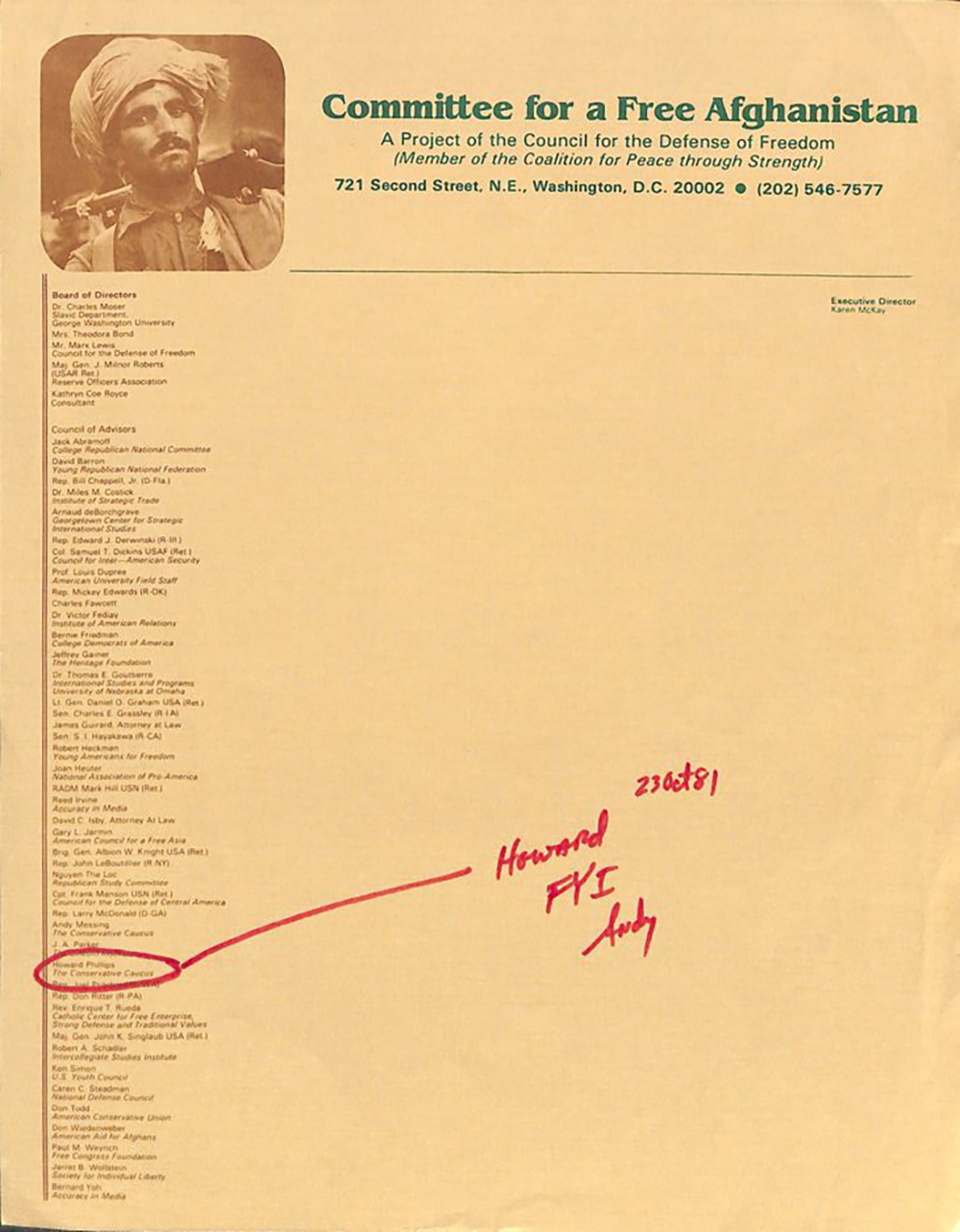 The shirts shown comprise a series of historical events that include Grenada, the Seychelles Affair (coup attempt by mercenaries), and the Afghan-Soviet War. These tees are some early examples of war propaganda, the drastic turn of events, and the overall shift in feelings that can happen in such a short period of time.

Meet Eds, aka @nostalgeec, one of our vintage t-sh