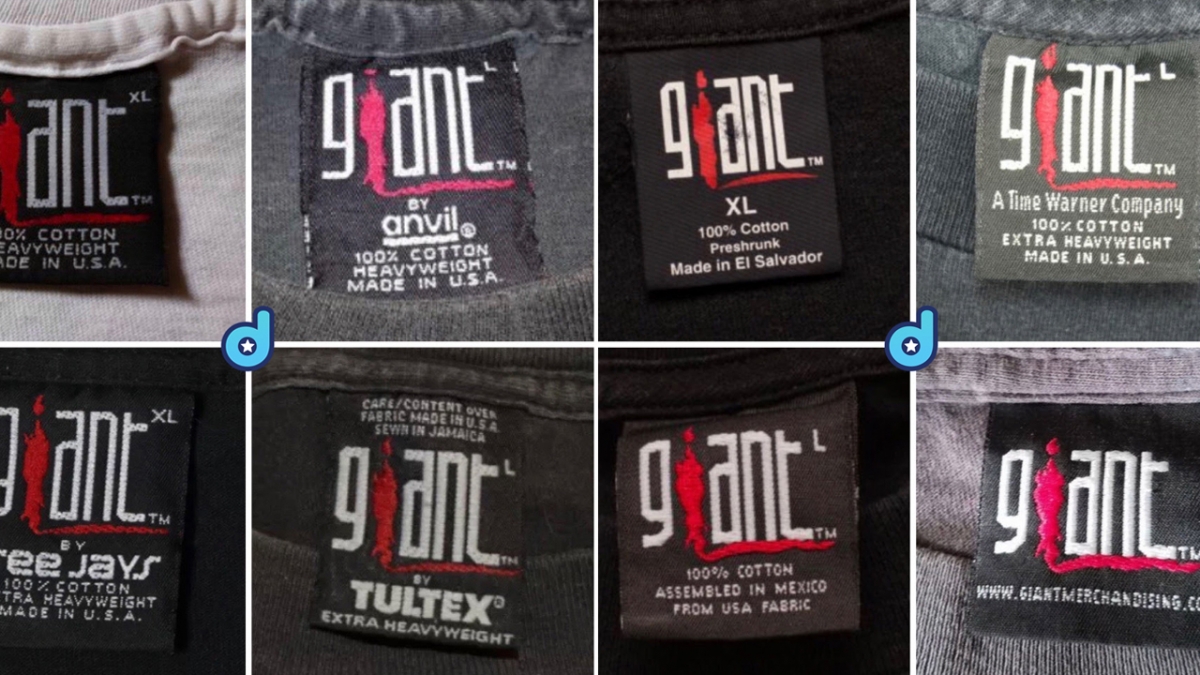 Giant Records and Merchandising was a joint venture founded in 1990 by legendary rock manager Irving Azoff and Warner Bros. Although Giant also produced merchandise for Warner Bros movies and cartoons their t-shirts quickly became synonymous with rock music. This was by design since at the time it was thought Rock fans were more loyal than others and it was hard to argue since in 1989 Brockum and Winterland combined for nearly $500 million in sales. 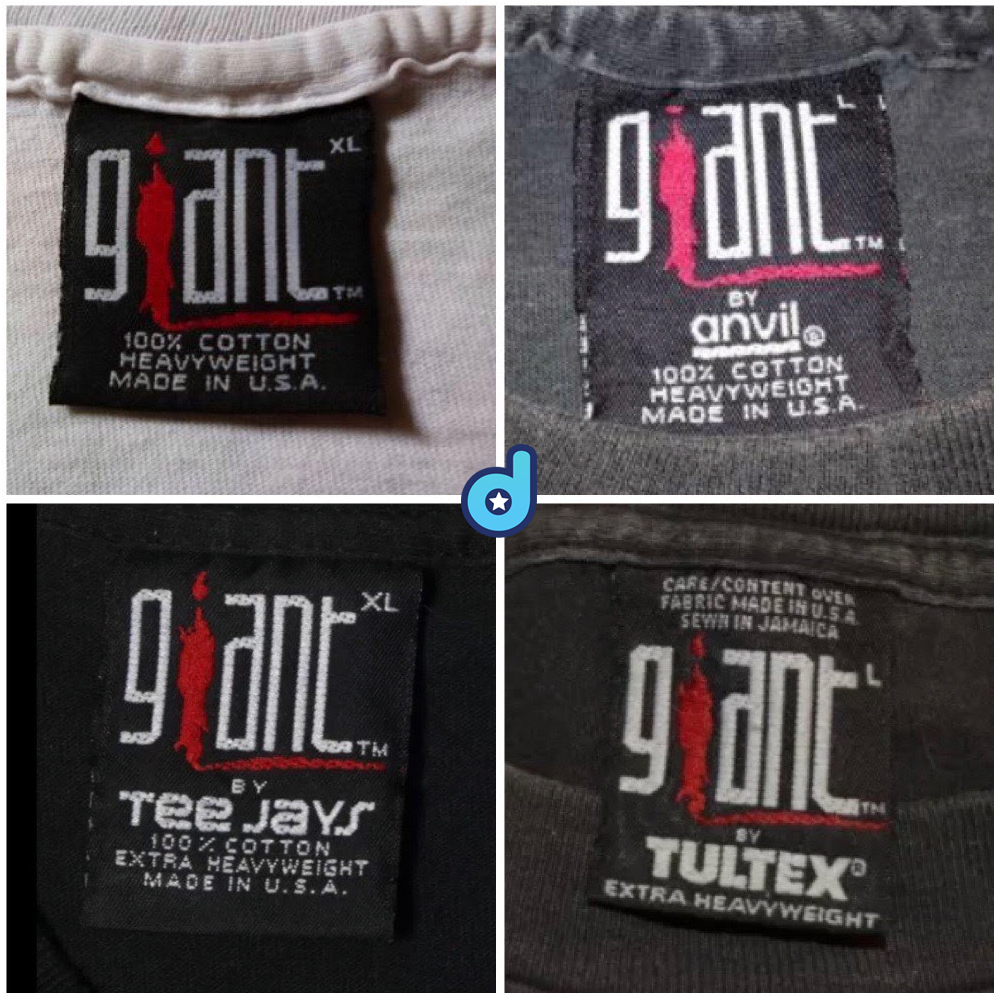 Starting in 1991 Giant used three tags interchangeably, with no reliable heuristic. While other brands like Brockum silently used FOTL for their blanks, Giant entered into a different agreement with the manufacturers who supplied their blanks and included the company on their tag. It is not unusual to find a t-shirt on both the plain OG tag and Anvil/Tee Jays tag. Also not unusual is finding plain white Anvil/Tee Jays tags on Licensed to Giant t-shirts. It’s hard to talk about this period without talking about Brockum, but unfortunately, very little info is available on them for this time period. For example, Brockum handled all the merchandise for 1991 Lollapalooza, but after 1992 it was Giant. Most notably, the iconic Nirvana ‘Heart-Shaped Box’ with Giant/Tee Jays and Giant/Tultex tags reads ‘1993 Nirvana Under License to Brockum.’ This t-shirt was also the 1st use of the Giant/Tultex tag which would be used up until 1996. 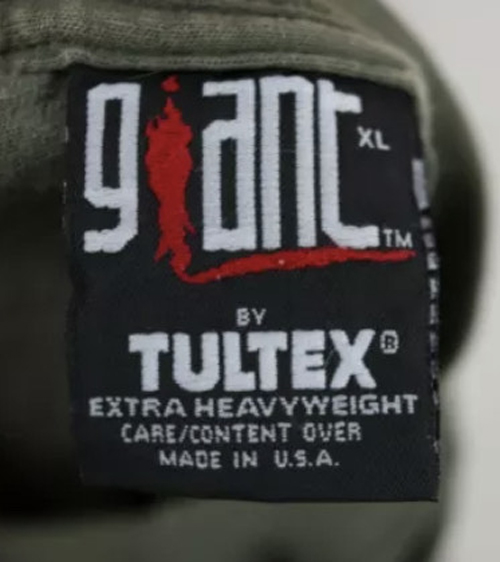 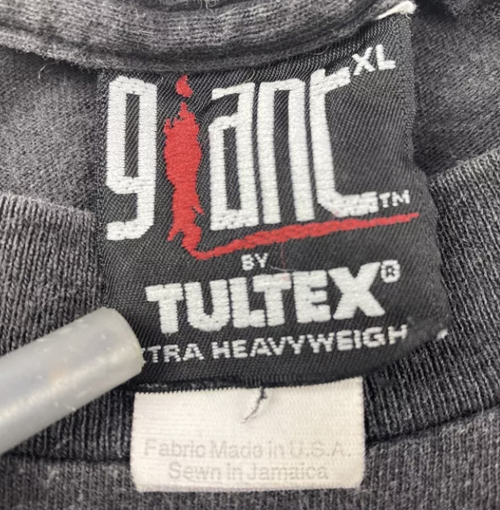 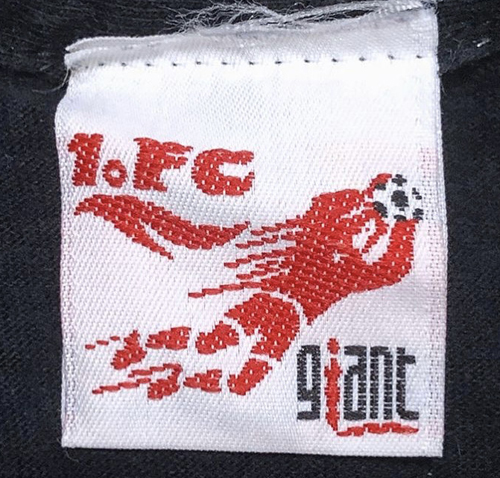 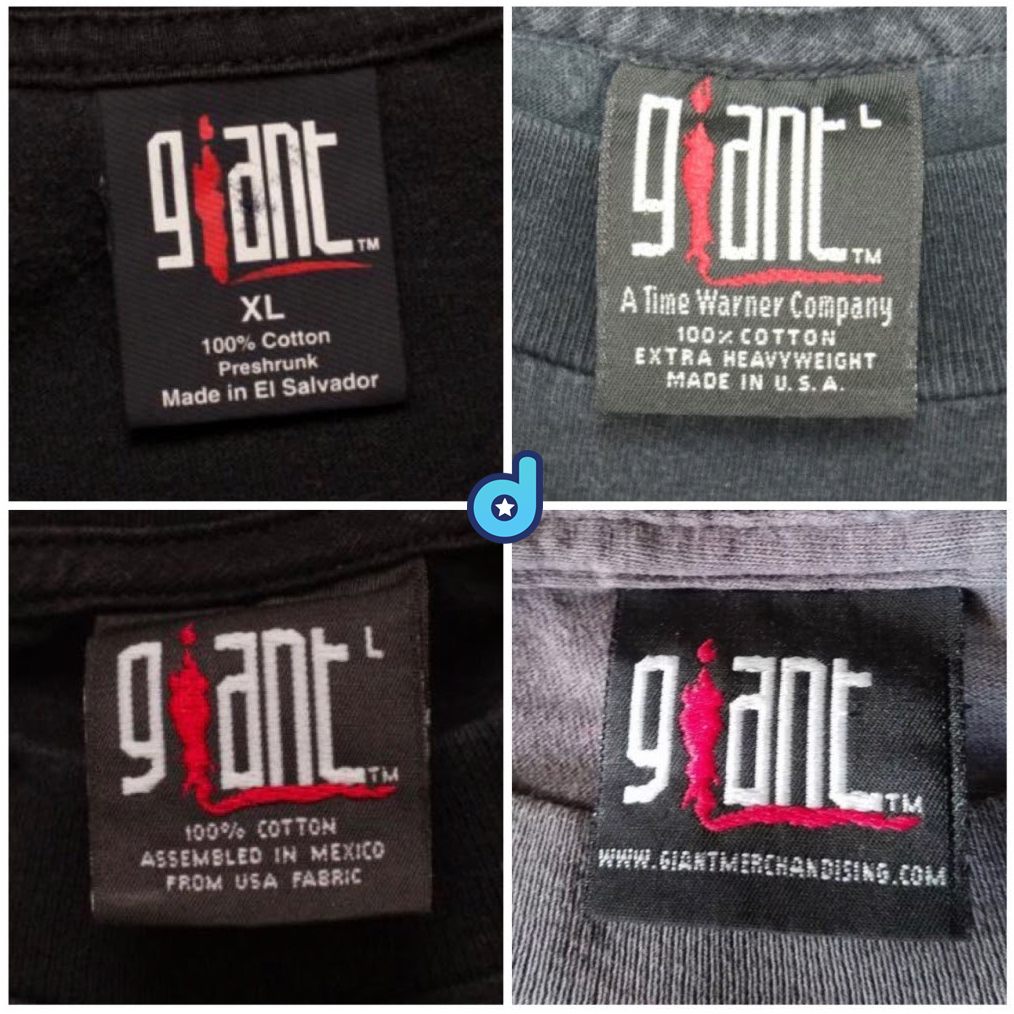 Starting in 1994, Giant slowly started to manufacture their t-shirts outside of the US, and by 1996 most of the production was on foreign soil. That doesn’t mean you won’t find ‘Made in USA’ from this era, most notably 1996-97 Rage Against the Machine and Bush tees using the Time Warner tag. These 2 examples and others also continued the welcome break from the standard black t-shirt to more earthy tones. ‘Made In El Salvador’ non-woven was the most common tag of this era and was used from 1996-1999 (‘Made in Mexico’ non-woven version was introduced in 1997) In 1998 Giant added their website to certain tags and this trend would continue well into the next decade. Just a heads-up, you will find a lot of Metallica t-shirts with the 1994 copyright date from this era. That is just the year they signed with Giant, not necessarily the year the shirt was manufactured. 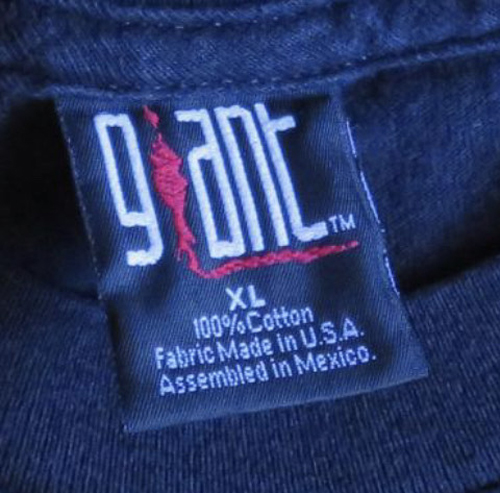 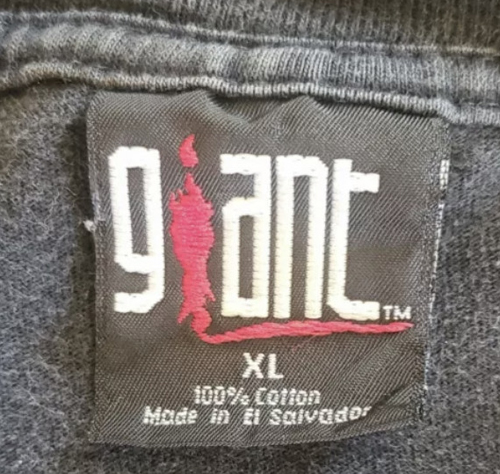 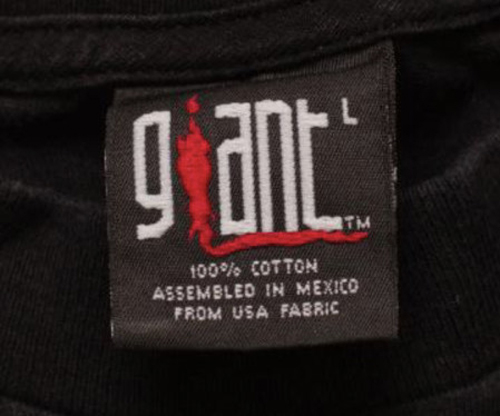 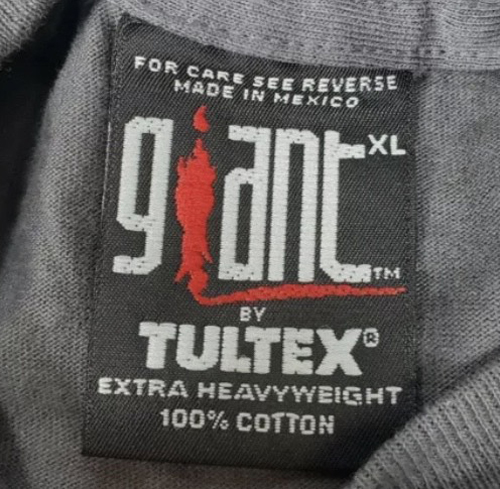 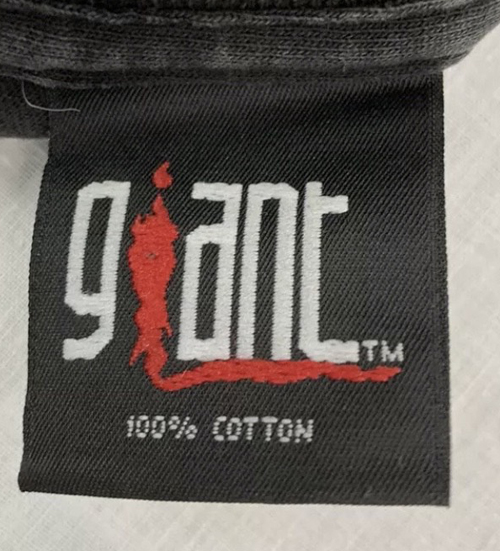 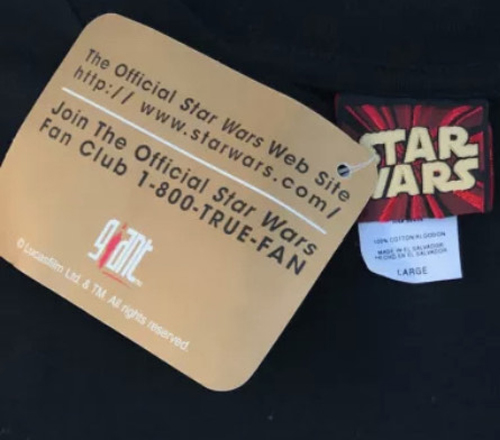 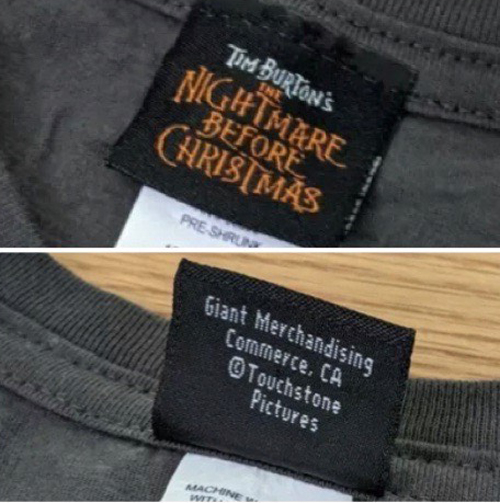 In late 2004 the Skull tag was introduced and was the prominent tag through 2008. 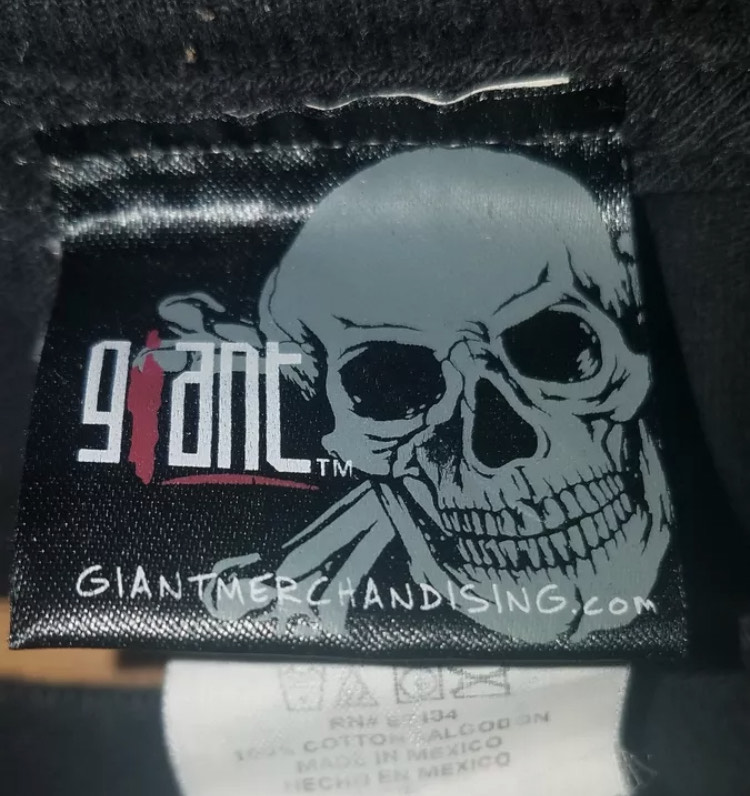 There were still some other dual-branded tag designs like this Pokemon/Nintendo/Giant combo from 2007. 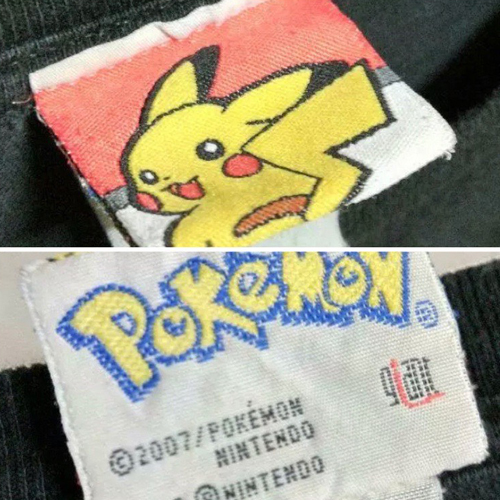 Unfortunately, 2008 was a rough year for the whole industry and although Giant would hang around for a few years after sans tag, it was the beginning of the end. Giant is still around as a record label in Sweden but is no longer in the t-shirt game. 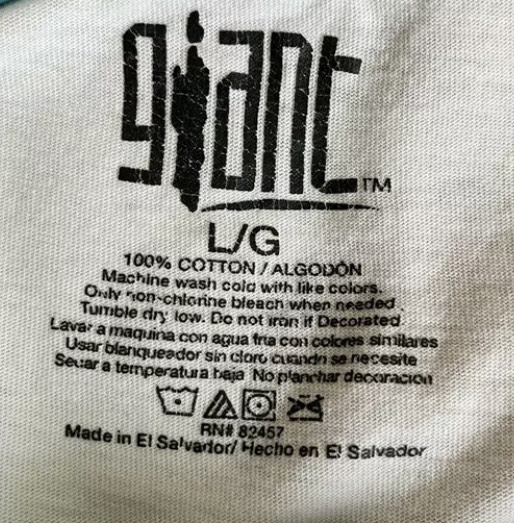