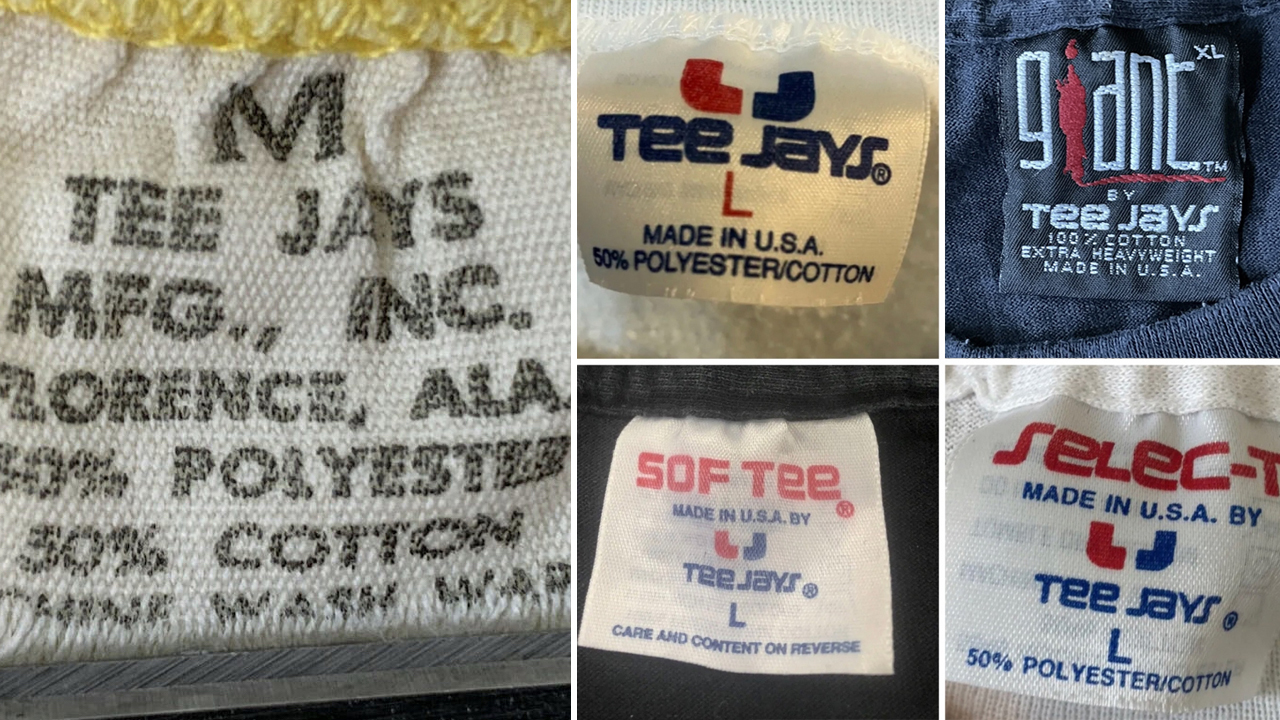 For this installment, we’re back in Florence, AL for Tee Jays. Founded in 1976 by Terry Wylie and Jim Morris (T+J), Tee Jays started as a screen printing company with 8 employees but quickly expanded to a vertical operation with over 4,000 employees and 19 production plants. 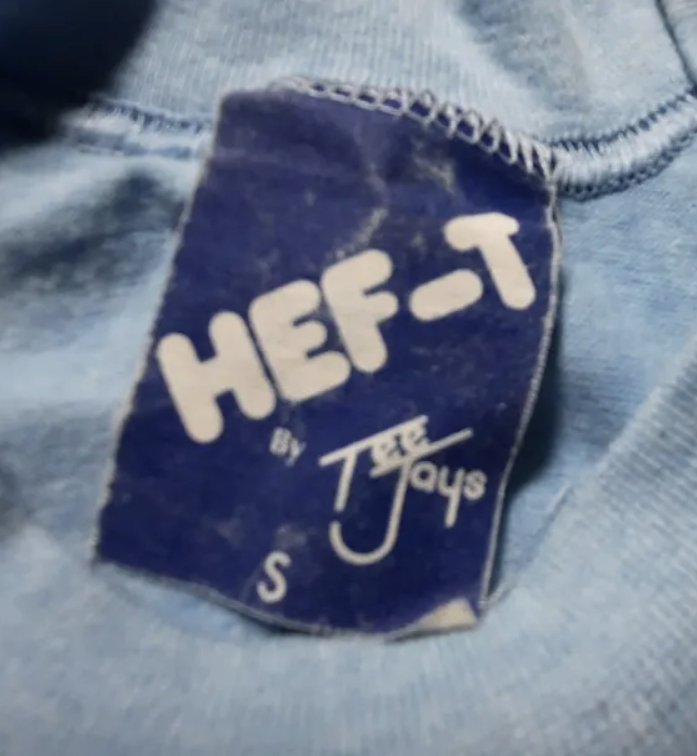 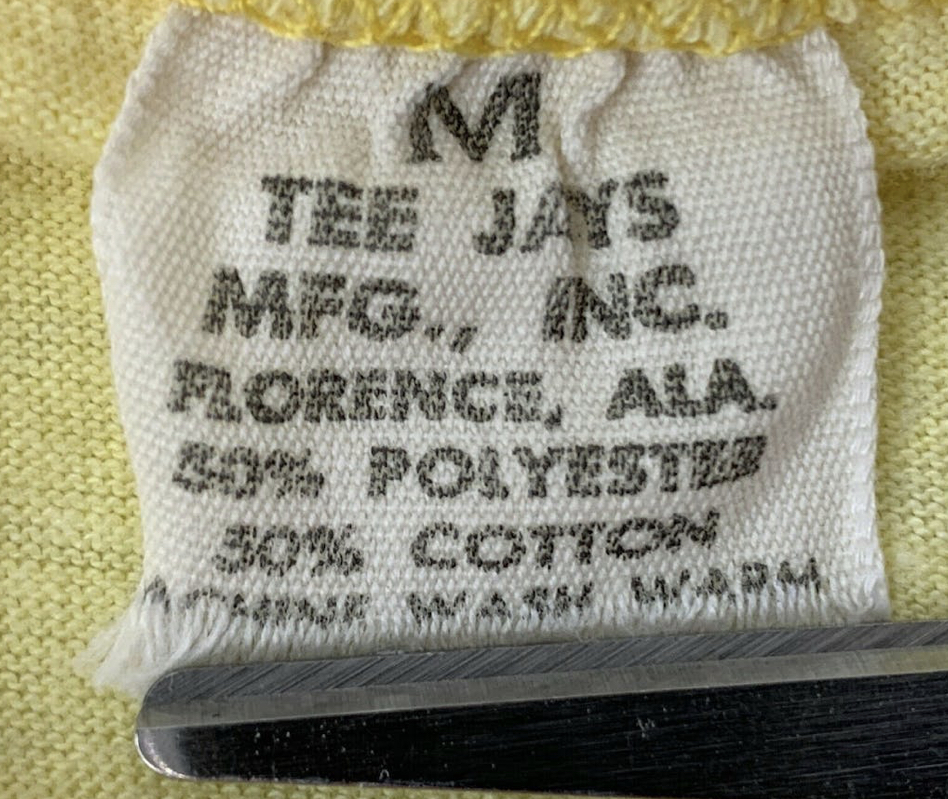 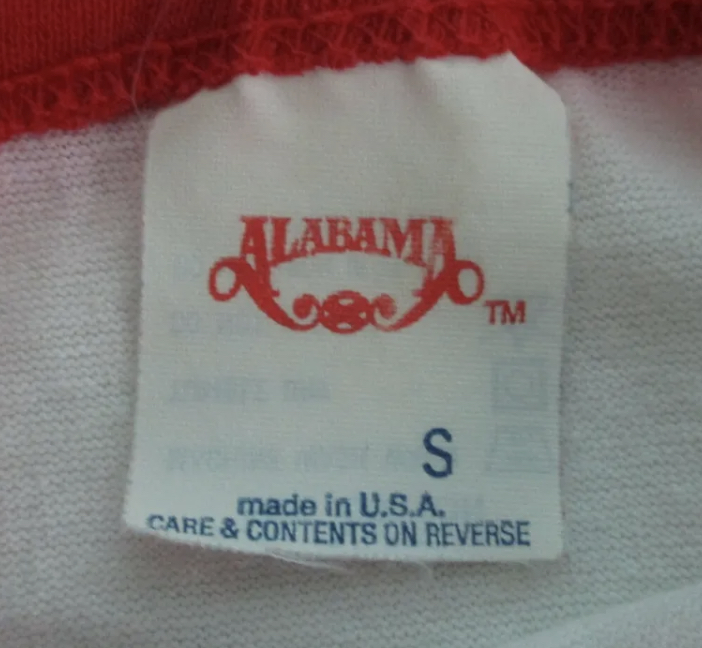 We begin to see various forms of the Tee Jay brand, including Hef-T and Selec-T. 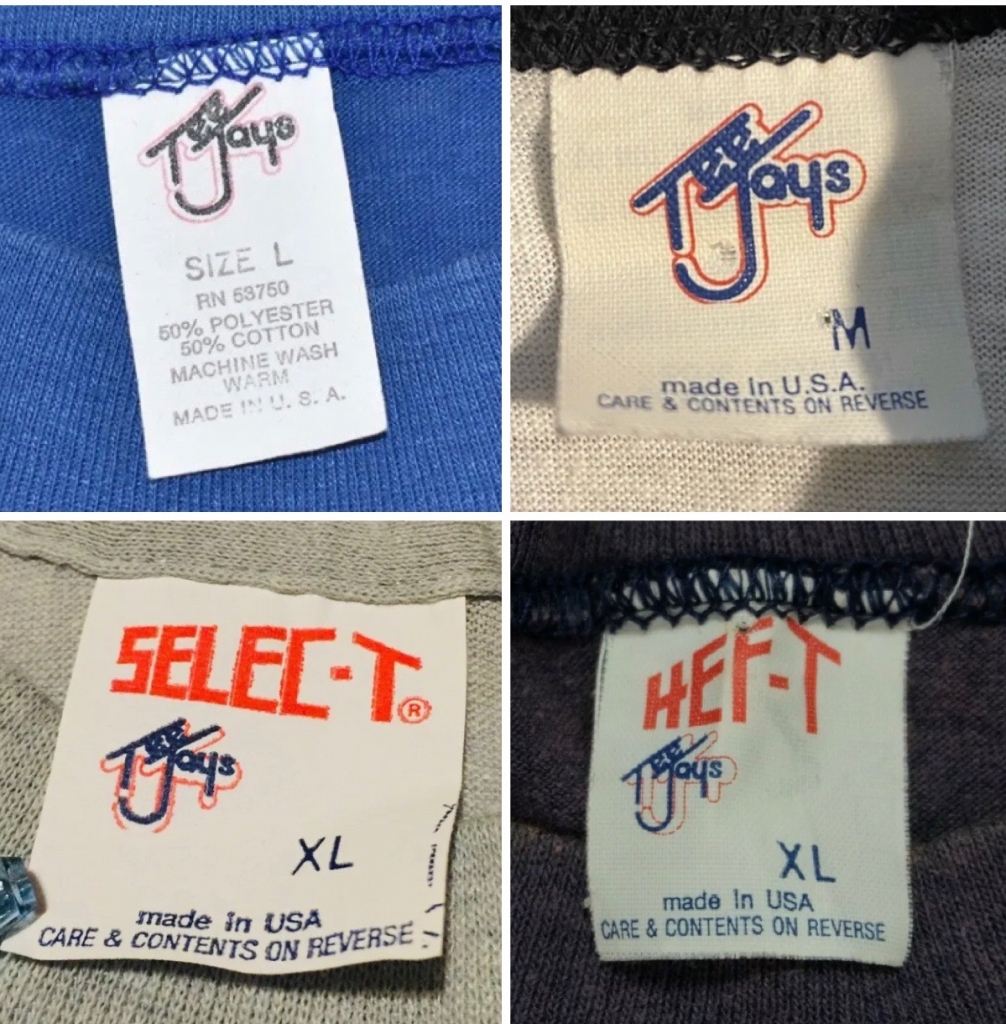 Late 1985 is when their new logo is introduced. 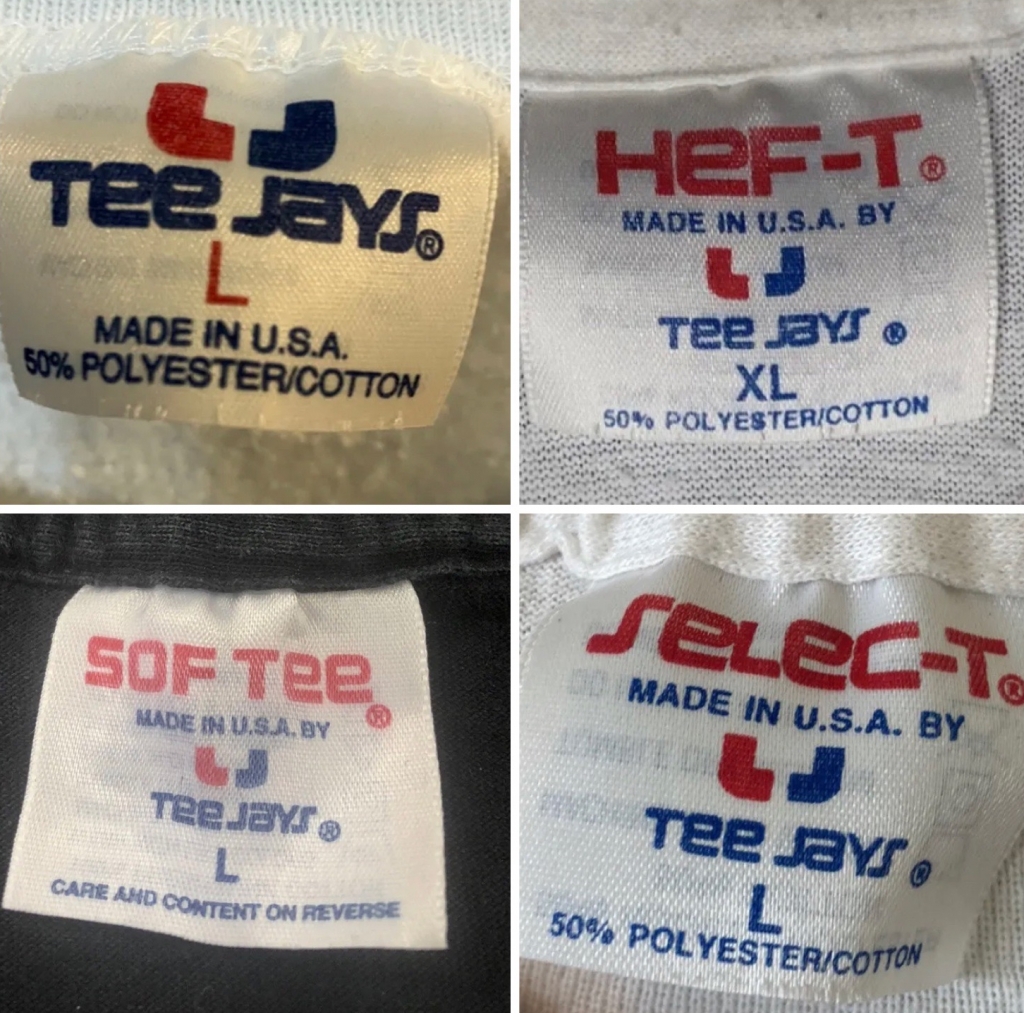 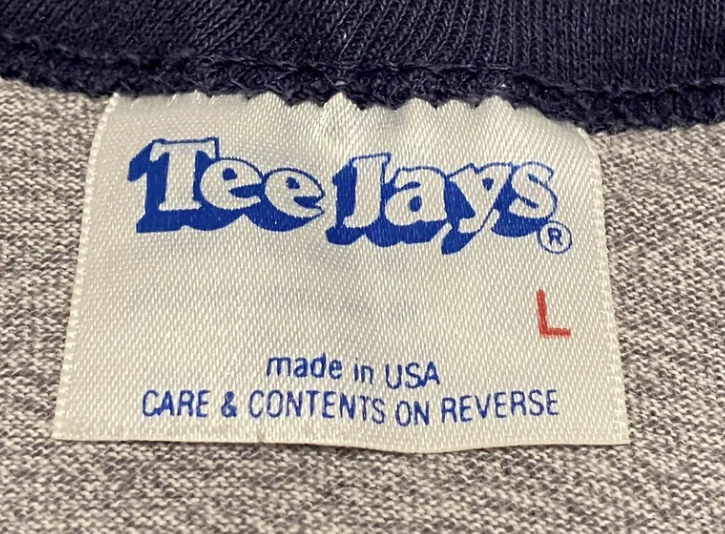 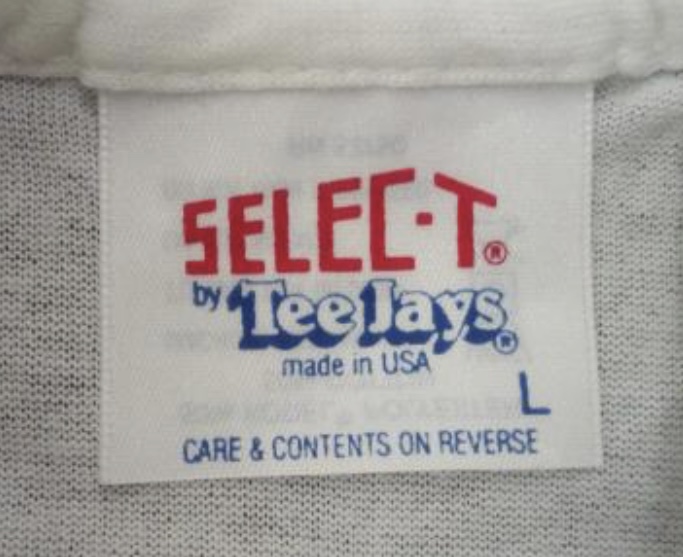 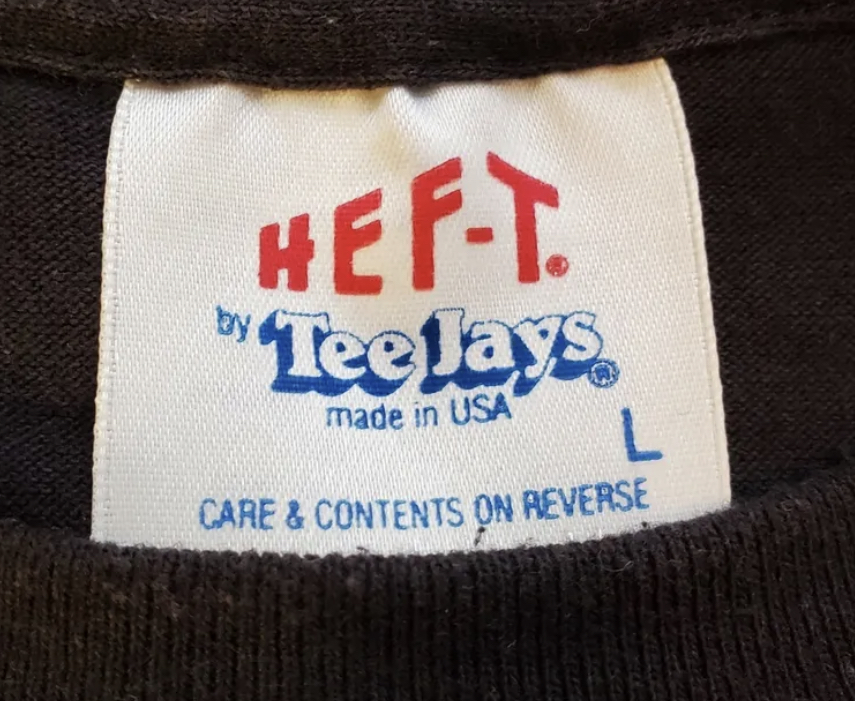 During the early 90s, Tee Jays would procure monumental partnerships with Planet Hollywood, Warner Bros, Harley Davidson, Giant, Trench, Gold’s Gym, and Disney. You will find RN#53750 on a crazy amount of t-shirts during this era. Something to keep in mind during this period, you will find many t-shirts from 1993-1995 with a 1991 date on them. 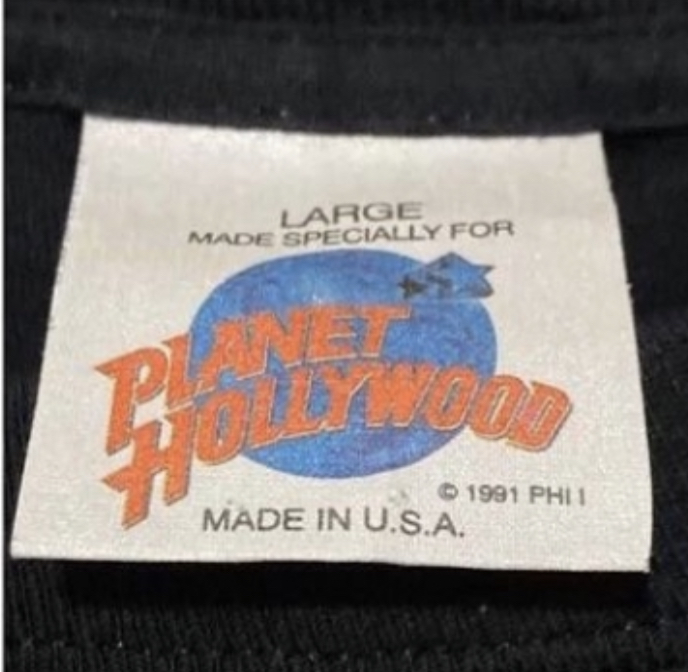 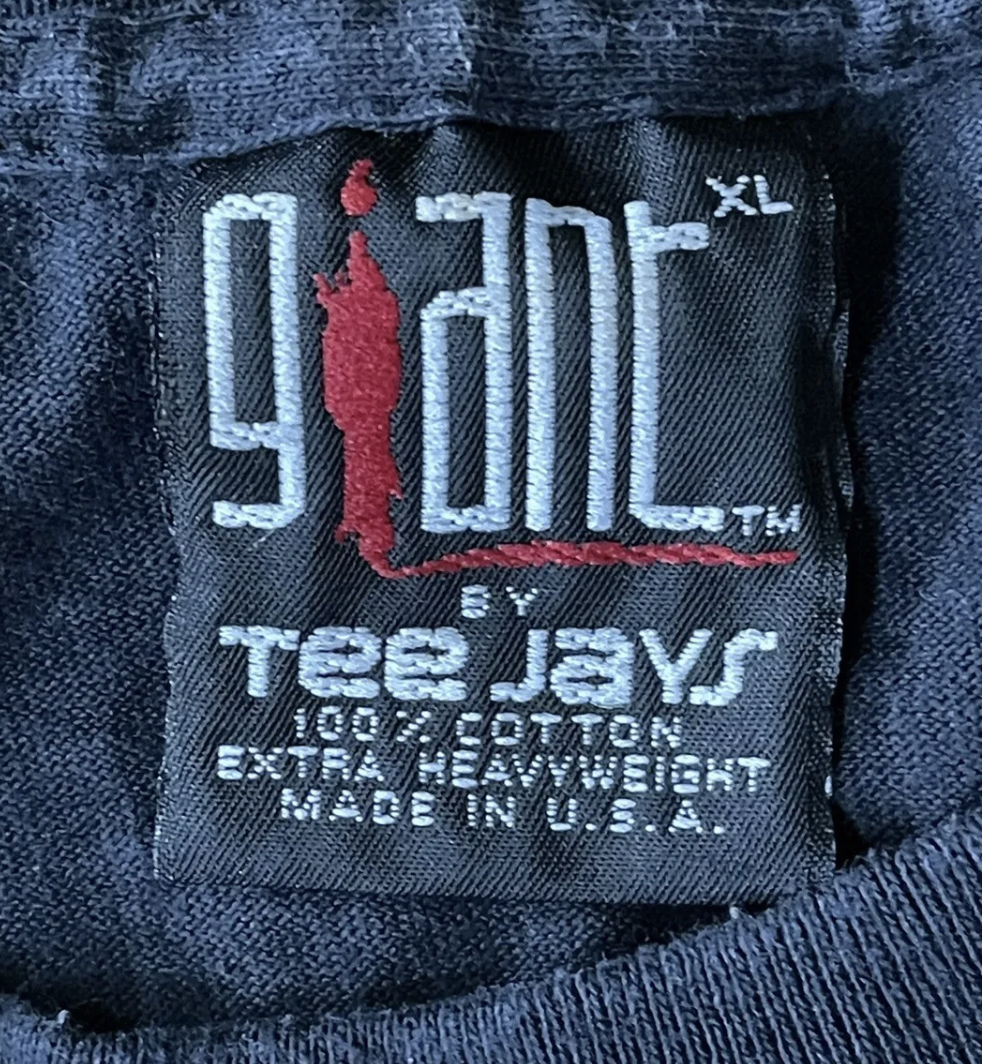 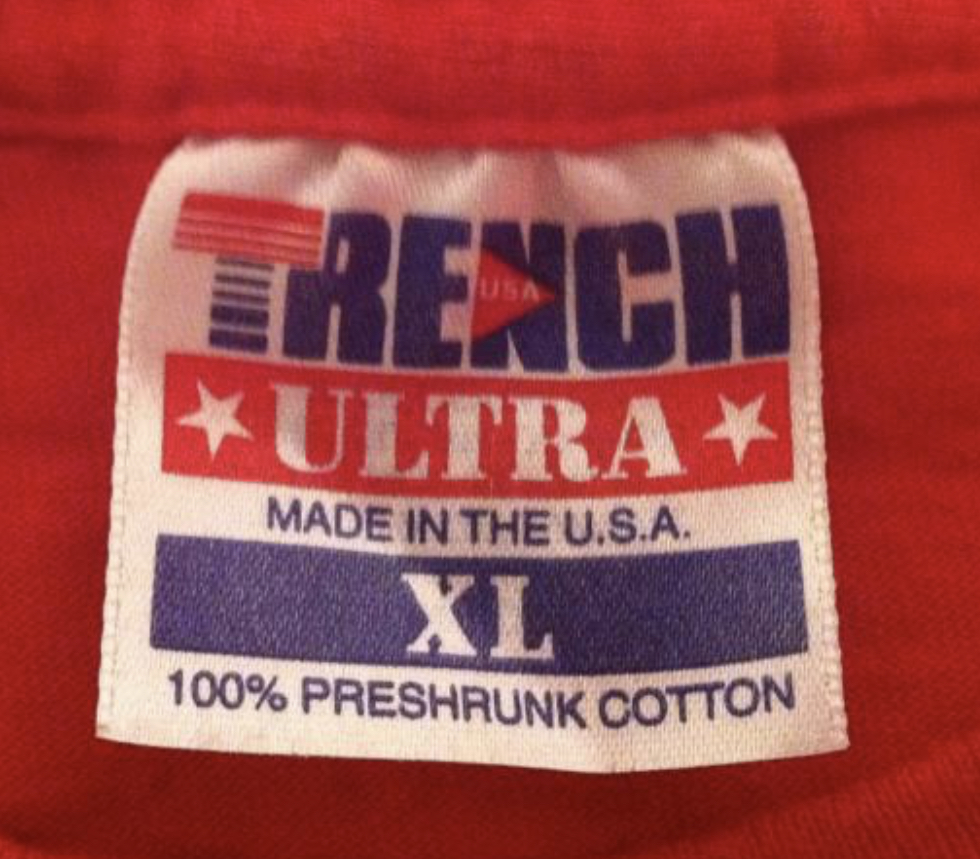 Unfortunately, mainly due to NAFTA, Tee Jays would declare bankruptcy in 1995 and Terry Wylie was forced to sell most of their assets. A much scaled-down Tee Jays will continue in the US until 2002. Tee Jays is now 100% Danish owned and continue to do business under the Tee Jays name.