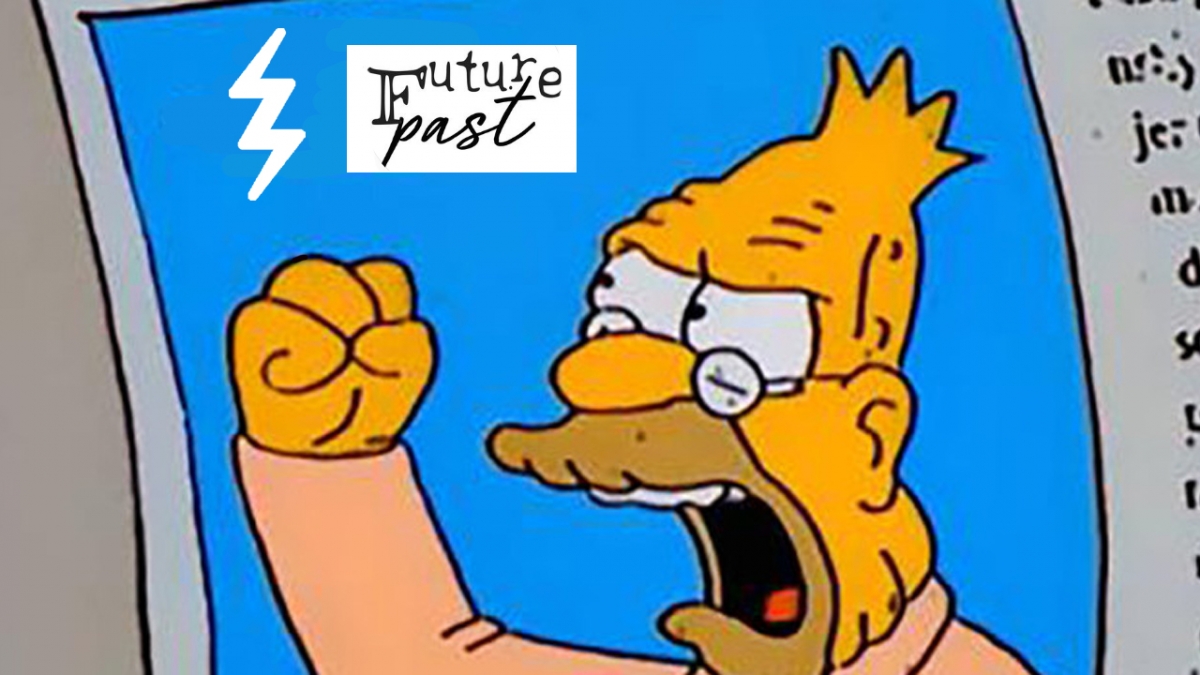 I took a break for a couple of years from the VTU (vintage tee universe) and all hell broke loose. Marketplace platforms like Grailed and Depop (sold to Etsy!) exploded while a ton of transactions started happening through Instagram DMs. Then the early days of the pandemic ushered in live auctions on IG courtesy of 1980 Something Co. At one point last week five IG accounts I follow were hosting t-shirt auctions at the SAME time. It’s live insanitee.

Vintage t-shirt auctions on eBay were huge in the early aughts, people got caught up in the excitement of bidding and the new technology. Let’s face it – it’s far more entertaining to watch a live video than an eBay timer counting down the seconds until an auction closes. And now that there’s a social element, profiles, and clout tied to it, it’s here to stay. Although I don’t think the current live-auction hype is sustainable. It’s getting way too saturated and at some point, sellers will begin to be unhappy with the prices they fetch with auctions. This already happened in the mid-2000s on eBay. Sellers got auction shy because the outcome was too uncertain – so we all gravitated toward fixed-price listings and eBay stores.

After noticing some modern-day heavyweight sellers promoting Popshop Live via their IG accounts (Future Past NYC, Monarch Studios, and Earthling VIP) I got in touch with PSL and they hooked up me with a store credit and a $15 discount code for our users (DFUNKD) so I jumped on to check it out.

The app was installed in seconds and I added a profile pic, credit card number and I was good to go.

Popshop is actually designed to facilitate sales during a live feed. IG is not (the sellers manage to make it work, but most report it being a pain in the ass.) Lag doesn’t seem to be as big of an issue on PSL and it also feels like better quality video. That said, you also won’t find a royal rumble or any other multi-seller/bidder live situation on PSL but hosts can bring on a single guest at a time. Only the host can see how many people are tuned in, but the chat, bids, and purchases have been super lively during the ones I’ve watched.

When I tuned into Future Past’s (awesome guy, BTW) show a few weeks ago he brought on Some Time in 2096 and they had an entertaining back and forth showing off their relics. ‘Some Time’ flashed some serious 80s action movie tees – impressive for a guy who didn’t even exist in the 80s. While their tee-off was going on I spotted a Bill & Ted’s Bogus Journey tee on the wall and asked in the chat how much it was. Future Past quoted a price, I typed out “SOLD” and he added it to the system in about 5 seconds. I was able to purchase it moments later with two clicks. Then I took a look through the other tees he had listed at set prices and found a Grave Digger tee (my 7 and 5-year-old sons will be super impressed) so I went over budget and copped that too.

There were no follow-up DMs or invoices, unlike the IG buying experience.

Sellers have to be digging Popshop’s set-up – buyers can’t really flake (in my day they were called “joy bidders”). If the purchase isn’t completed and the money doesn’t change hands – the item stays for sale. There’s no chasing anyone around for payment, shipping address, etc. The transaction is just done and it’s time to print the shipping label, which is also facilitated via Popshop’s back-end. So yes, PSL is a better buying and selling experience than IG live is. PSL brings a proper commerce module to the live arena, they were already doing this previously and recently pivoted to accommodate the vintage market as well.

The trend towards IG lives was a grassroots movement (albeit through a corporate platform) it was created and built by the community, and they are proud of it, so users might initially be wary of taking it elsewhere. Plus, IG has an advantage because that’s where everyone already is. No one spends half their day on PSL scrolling through photos. There’s not really a social element to PSL, you don’t follow anyone but sellers. You can add a profile image and there are a few fields for your name but that’s it. PSL isn’t focusing on likes and follows, they are making buying and selling in the live sector a better quality experience. And what might be the biggest advantage – sellers can run fix priced listings in the background, that are highly visible, so they don’t have to fill entire shows with auctions. Because I suspect auctions will become increasingly unfavorable, just like in the olden days.

There are plenty of notable big-ticket sales going down on PSL. Most recently, Earthling VIP sold an NBA Lakers 2000 Champions “Rap Tee” tee sold for $1.7.

So it’s clearly a force to be reckoned with. That said, like all auction situations – deals get scored pretty often too, so it’s worth keeping an eye on these lives if you’re looking for inventory.

Every Wednesday night the big 3 (Future Past NYC, Monarch Studios, and Earthling VIP) go back-to-back-to-back. They all put together well-orchestrated shows, transmit nothing but positive vibes, and they’re great with customers.

Grab the app here. Enter DFUNKD as your invite code and get $15 off your first purchase.

Now if you’ll excuse me, I just saw some kids playing on my lawn and I have to go yell at them.