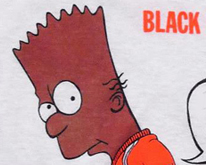 Vintage Bootleg Simpsons tees have become quite a hot commodity in recent years. This list was inspired by the cool cats over at Bootleg Bart on Facebook, photos compliments of them and their community. 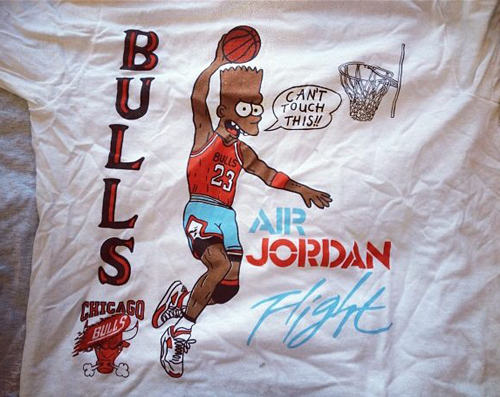 This one’s a triple slam dunk in the trademark infringement department. Sure to piss off Nike/Jordan, The Bulls and The Simpsons. Throw some MC Hammer lyrics in for good measure. 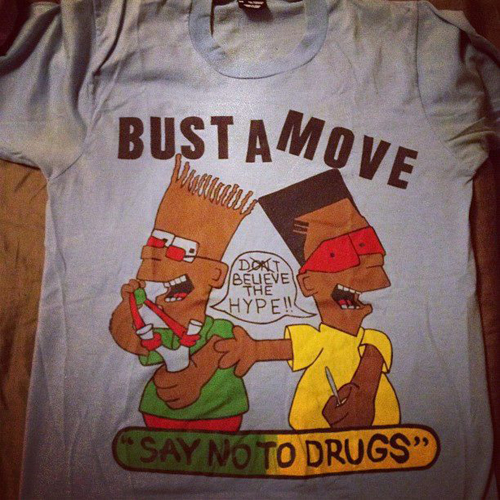 Bootleggers with a conscience? Or do the quotes make it tongue-in-cheek? We’re not fully sure what’s going on in this mish-mash of messages. 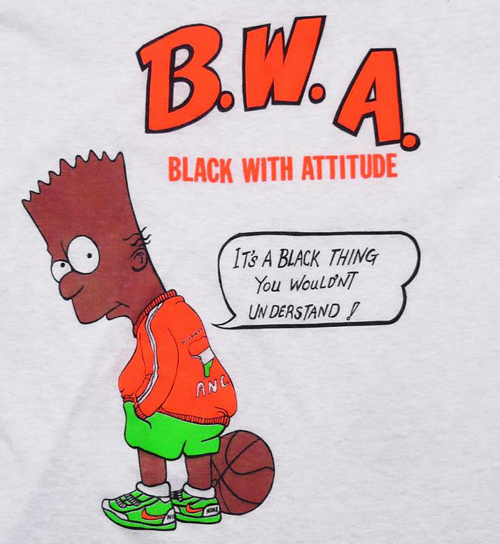 We suppose this is a little more PC than NWA. But what we really don’t understand are those little hairs over Bart’s ear? 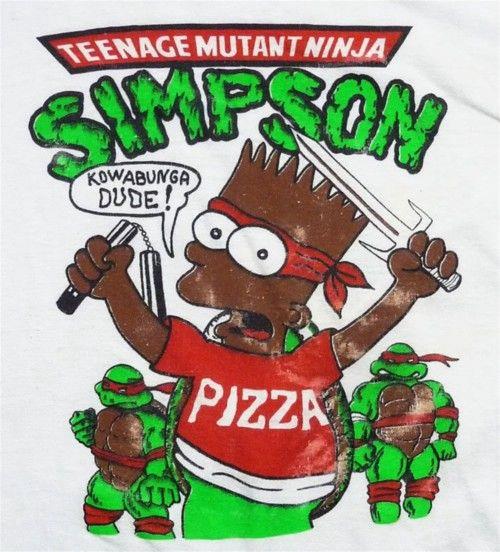 They infringed on two copyrights, but then decided to spell “cowabunga” with a ‘K’ just to be safe. 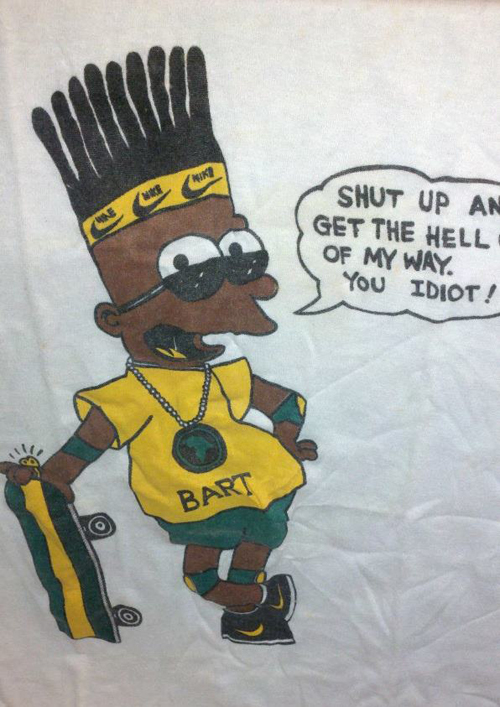 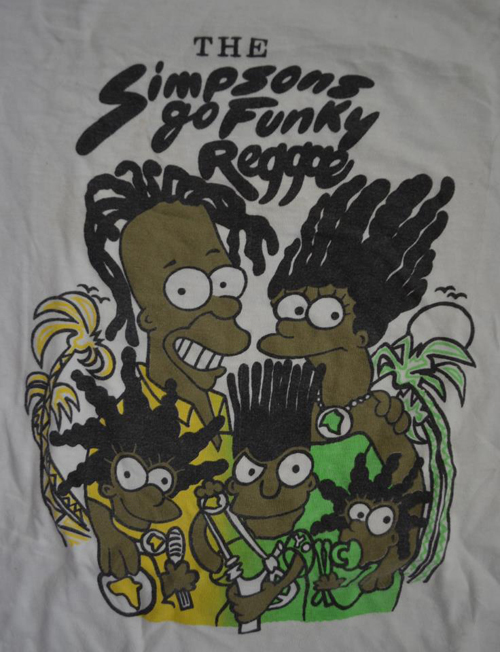 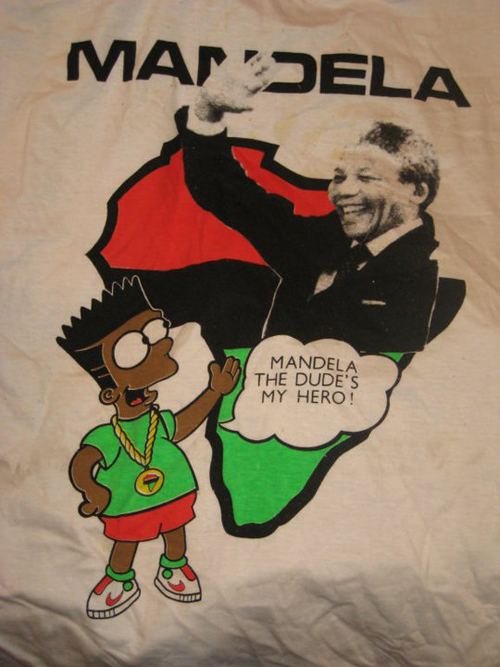 Due to Mandela being a politician it might actually be legal to use his image on a t-shirt. 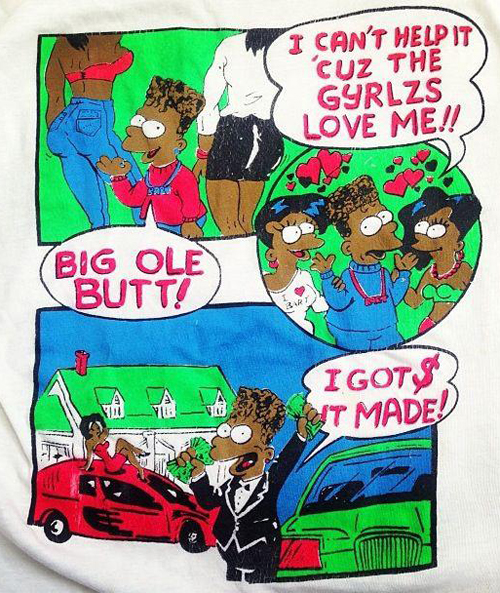 Bart was into big butts and came clean about it well before Sir Mix-a-Lot did. The quotes are compliments of LL Cool J and Special Ed.

9. Raiders of the Bart 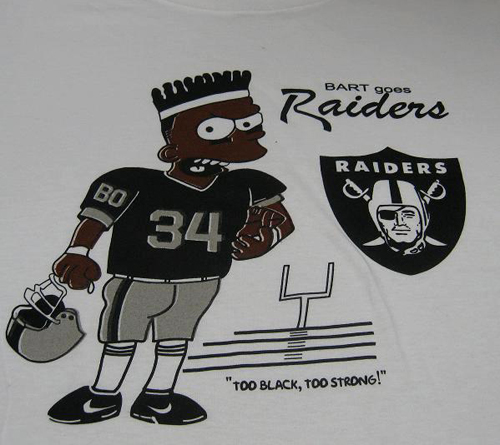 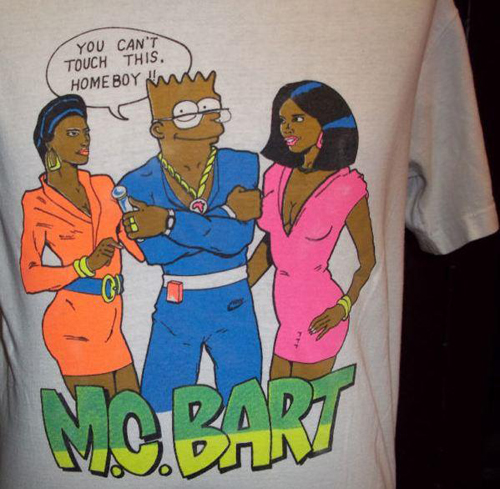